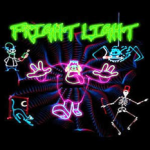 Looking for a unique way to send chills up your spine?  Laser Fright Light is a ghoulish way to celebrate the Halloween season.  If you dare!

FEATURING:  Thriller  by Michael Jackson / Godzilla by Blue Oyster Cult / Monster Mash by Boris Pickett / Purple People Eater by Warren Zevon / Boris the Spider by The Who  / Enter Sandman by Metallica / Men In Black by Will Smith / Attack of the Radioactive Hamsters by Weird Al Yankovic / Firestarter by Prodigy / Dead Man’s Party by Oingo Boingo / Iron Man by Black Sabbath / Another Brick in the Wall by Pink Floyd / Push It by Garbage / Frankenstein by the Edgar Winters Group / Devil Went Down to Georgia by the Charlie Daniels Band / Feed My Frankenstein by Alice Cooper. 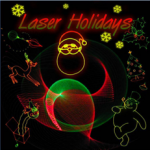 An exciting and different way to be festive during the Holiday season!  Laser Holidays is a fun experience for everyone and gives new meaning to the term “holiday lights” – holiday LASER lights!

FEATURING:  Sleigh Ride by Leroy Anderson / Dance of the Sugar Plum Fairy by Tchaikovsky / Rudolph, the Red-Nosed Reindeer by Burl Ives / Winter Wonderland by the Eurythmics / Deck the Halls by the Philharmonic Orchestra / Jingle Bell Rock by Randy Travis / White Christmas by Bing Crosby / Christmastime by the Smashing Pumpkins / Oiche Chiun/Silent Night by Enya / Rockin’ Around the Christmas Tree by Ronnie Spector/Darlene Love / Frosty the Snowman by the Cocteau Twins / Carol of the Bells by David Foster / The Christmas Song by Nat King Cole / All I Want For Christmas Is You by Mariah Carey / We Wish You A Merry Christmas by James Galway. 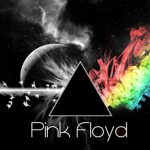 Pink Floyd:  Dark Side of the Moon

Dark Side of the Moon is one of the most startling and bizarre laser light shows of all time!  Offering a mixture of psychedelic, rock and jazz sounds.  When accompanied by a diverse and unusual display of laser art, the overall feel is a dramatic and haunting atmosphere. 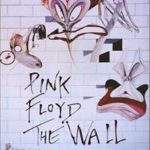 Truly the mother of all laser-light shows and a cult favorite throughout the world!  Visitors will become lost and spellbound as their senses join this timeless journey. 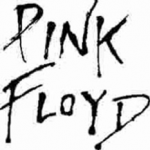 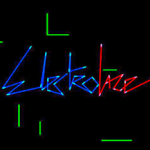 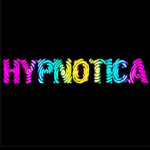 Techno music and lasers go together perfectly, and that is the mix that is Hypnotica!  This program offers a mixture of techno and ambient electronic music taken directly from the late night rave scene. Reflecting influences from hip-hop, soul and pop, this dance-based program with a rock-band feel will shake your entire body with pulsing beats, incredible imagery and dazzling laser light effects. 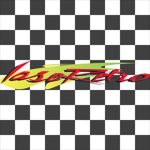 A tribute to the great anthems of the 1980s – Astonishing laser art is coupled with upbeat rock and pop songs from one of the most exciting periods in mainstream music!

FEATURING:  Lunatic Fringe by Red Rider / Everybody Wants To Rule the World by Tears for Fears / Message In A Bottle by The Police / Blue Monday by New Order / Rio by Duran Duran / Life In A Northern Town by The Dream Academy / Never Let Me Down Again by Depeche Mode / Sweet Dreams (Are Made of This) by Eurythmics / I Just Like Heaven by The Cure / She Blinded Me With Science by Thomas Dolby / Birds Fly (Whisper to a Scream) by Icicle Works / New Sensation by INXS / Relax by Frankie Goes To Hollywood. 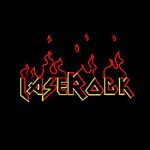 If you ever find yourself in Suffragette City, Ramble On down to the station and hop onboard the Crazy Train! Space-faring guitars, distant worlds, and sneering skulls dominate this high-voltage journey through laser lights and music. From kinetic classics by Yes and Rush to ear shredders by Motörhead and Ozzy Osbourne, this show will keep your head pounding long after the music ends! 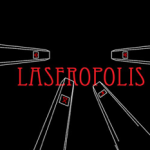 Ancient towers hide the symbols that will transport you to new experiences of sight and sounds. Should you survive the journey through the four space-time pillars, a portal will be opened into a previously unseen and unheard dimension! Laseropolis is an eclectic mix of musical themes surveying pop, rock, alternative and oldies.

FEATURING:  Karn Evil 9 by Emerson, Lake & Palmer / Head Over Feet by Alanis Morrisette / Rock Lobster by The B-52’s / Firestarter by Prodigy / Under the Milky Way by The Church / Papua New Guinea by Future Sounds of London / Spiderwebs by No Doubt / Foreplay by Boston / Champagne Supernova by Oasis / End of the World (As We Know It) by R.E.M. / Torn by Creed / Smells Like Teen Spirit by Nirvana / One of These Days by Pink Floyd. 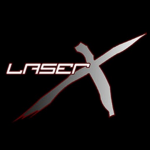 The top alternative songs of the ’90s helped usher in a major cultural shift, as serious-minded, image-free bands blew hair metal and pop off the airwaves almost overnight.

FEATURING:  Lost by Stabbing Westward / Bulls On Parade by Rage Against the Machine / Zero by Smashing Pumpkins / Park Avenue by Girl Against Boys / Monkey Wrench by Foo Fighters / Would by Alice In Chains / Push It by Garbage / Sunshower by Chris Cornell / Guilty by Gravity Kills / Shame by Stabbing Westward / Block Rockin’ Beats by the Chemical Brothers / Du Hast by Rammstein / More Human Than Human by White Zombie. 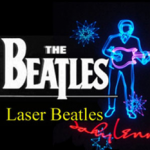 The greatest Rock ‘n’ Roll band of all time! Laser Beatles will take you back to a different time in history to re-experience and remember the evolution of this musical phenomenon.  The “Fab Four’s” best spanning 6 years becomes the background for dazzling laser-art. All ages and backgrounds will appreciate this fantasy tribute of music and light to The Beatles and how they helped define a generation. 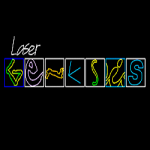 There are certain moments in pop music when an artist reaches that pinnacle of success or dominance — either buoyed by a blockbuster album, a streak of hit radio singles, inescapable media presence, or a combination of all three.  AVI presents Laser Genesis — a spectacular feast for the senses presented in breath-taking laser light! 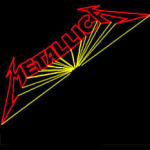 Considered to be one of the pioneering groups in what would become the heavy metal genre, the musicianship and force of this band has been hailed by critics and fans worldwide.  Your pulse and body will pound as the music fills both your ears and eyes.

FEATURING:  For Whom the Bell Tolls / Ain’t My Bitch / Fuel / One / Nothing Else Matters / Master of Puppets / Unforgiven II / Sad But True / Enter Sandman. 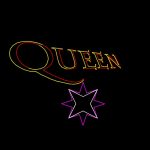 FEATURING:  We Will Rock You/We are the Champions / Bicycle Race / Don’t Stop Me Now / Another One Bites the Dust /  I Want To Break Free / Under Pressure / Killer Queen / Bohemian Rhapsody / Radio Gaga / Princes Of The Universe / The Show Must Go On. 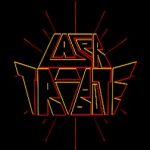 Music makes the world go ’round”, as many often say. Great artists like John Lennon, James Brown, and Elvis Presley–just to name a few–come into our lives only to depart far too soon, leaving behind a musical legacy. In Laser Tribute, the Barlow pays homage to some of these great artists whose music has touched and inspired us all. May their legacies live on, one song at a time. 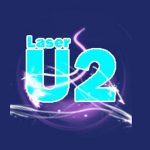 Proud to present an entertainment laser show featuring one of the greatest bands of the last three decades, featuring U2’s timeless classic and modern hits. This musical concert is set against a backdrop of the latest laser art. Your eyes and ears will be your guides into an immerse journey through this Irish band’s rise and success!

FEATURING: Where the Streets Have No Name / I Will Follow / Beautiful Day / Sunday / Bloody Sunday / October / The Fly / Mysterious Ways / Pride / Zoo Station / With Or Without You / Desire / New Year’s Day. 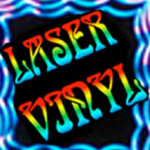 A program that captures the pure intent of the laser show experience –  a fantastic musical concert representing the best of classic rock is some of the most beautiful and stunning laser art ever produced! Reminisce, tap your feet and enjoy a truly fantastic audio-visual event that will rock your body, mind and soul.

FEATURING:  Back In Black by AC/DC / Karn Evil 9 by ELP / Jump by Van Halen / Bohemian Rhapsody by Queen / Carry On My Wayward Son by Kansas / Rock-n-Roll All Night by Kiss / Dream On by Aerosmith / Rock-n-Roll Band by Boston / Separate Ways by Journey / One of These Days by Pink Floyd. 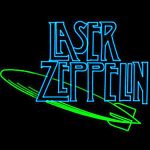 Led Zeppelin is proclaimed by many critics to be the progenitors of heavy metal and hard rock, and their individualistic style reset the standards for many musical genres in the 1960s and ‘70s.  Now you can relive the magical sounds of Led Zeppelin while enjoying a visual treat of custom laser imagery. 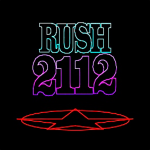 Over forty years ago the three prophets of Rush foretold an intergalactic war on their prog-rock album, 2112.

FEATURING:  2112 / Overture / The Temples of Syrinx / Discovery / Presentation / Oracle: The Dream / Soliloquy / Grand Finale / A Passage to Bangkok / The Twilight Zone / Lessons / Tears / Something for Nothing.

Prepare your senses for you are about to experience an audio-visual onslaught of intense laser light set to today’s hottest streaming hits. From synth pop heavies Lady Gaga and Daft Punk to alt-rockin’ Bastille and Grouplove, this show has it all. So sit back and let the laser show do the work!

FEATURING:  Applause by Lady Gaga / Turn Down For What by Lil Jon & DJ Snake / Pompeii by Bastille / Red Lights by Tiesto  / Royals by Lorde  / #SELFIE by The Chainsmokers / This Is How We Do by Katy Perry / Happy by Pharrell Williams / Tongue Tied by Grouplove / Get Lucky by Daft Punk / Neon Lights by  Demi Lovato / Ten Feet Tall by Afrojack

Music from your MP3 player in spectacular laser light! New music from today’s Pop charts mixed with a classic from Michael Jackson and the Jackson 5. iPop features sizzling stars, both past and present, in brilliant laser light. iPop is not included in the SkyLase rental package.

Laser Country is dedicated to some of the greatest country hits of all time. Set to the all-American sounds of modern and classical country songs, this laser show will appeal to all generations!

FEATURING:  Ain’t Going Down ‘Till the Sun Comes Up by Garth Brooks / Me and My Gang by Rascal Flatts / Ring of Fire by Johnny Cash / All-American Girl by Carrie Underwood / Always on My Mind by Willie Nelson / Devil Went Down to Georgia  by the Charlie Daniels Band / Good Lord Willing by Little Big Town / All My Ex’s by George Strait / Crazy by Patsy Cline / How Am I Doin’ by Dierks Bentley / Chicken Fried by Zac Brown Band / God Bless the USA by Lee Greenwood.

This program offers a magical mix of music, from those you love to those you have forgotten, all presented in concert with stunning laser images! This musical compilation is fun for the entire family and includes artists like Joan Jett, The B-52’s, Will Smith, The Blackhearts and much more

FEATURING:  Santorini by Yanni / Godzilla by Blue Öyster Cult / Love Gets Me Every Time by Shania Twain / Men In Black  by Will Smith / My Heart Will Go On by Celine Dion / Storms of Africa  by Enya  / Money by Pink Floyd / Semi-Charmed Life  by Third Eye Blind / Time Warp by Cast of Rocky Horror Picture Show / Diana (Candle in the Wind ’97) by Elton John / Don’t Speak  by No Doubt / The Hunter by Björk / I Love Rock & Roll by Joan Jett / Rock Lobster by The B-52’s / Tub Thumping by Chumbawamba

Featuring music from over five decades, hearts, eyes and ears will enjoy the dazzling colors and laser art set to a collection of musical delights in an immersive visual environment.

FEATURING:  Mortal Kombat Theme by The Immortals / Blue by Eiffel 65 / Smooth by Santana / Men in Black by Wil Smith / Man, I Feel Like a Woman by Shania Twain / Thats the Way in Is by Celine Dion / Time Warp Medley Blue Suede Shoes, Yakity Yak, Satisfaction, Stop In the Name of Love, Whole Lotta Love, Stayin Alive, What I Like About You, Lets Go Crazy by Various Artists / Desert Rose by Sting / Attack of the Radioactive Hamsters From a Planet Near Mars by Weird Al Yankovic / Mixed Bizness by Beck / Under the Milky Way by The Church / Livin La Vida Loca by Ricky Martin / All the Small Things by Blink 182.

Pop goes the laser show! The hottest pop artists and the latest laser art come together in a sensational, eye-POPping laser show that will have your heart thumping and your feet tapping! Laser Pop features sizzling stars, both past and present, in brilliant laser light.