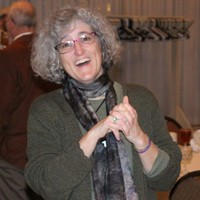 and physiology of captive-bred animals? Broadly, I am interested in how populations respond to rapid changes in their environment. Specifically, I have focused on this question of how animals respond when they are brought into captivity and when, generations later, captive-bred individuals are released back into the wild. Altered selective pressures and increased stress levels are often associated with novel captive environments thus potentially changing the expression and distribution of behavioral, physiological, and morphological traits. Such changes can have profound effects on the success of conservation programs that use captive-bred animals.  Currently, I am working with the reintroduction of whooping cranes into central Wisconsin to establish an Eastern Migratory Population of these endangered birds.  I am working with the USGS Patuxent Wildlife Research Center (the largest captive breeding population in the world of whooping cranes), International Crane Foundation, US Fish and Wildlife Service’s

Necedah National Wildlife Refuge, Operation Migration, the WI Department of Natural Resources, and others.  I and all collaborators are members of the Whooping Crane Eastern Partnership whose goal it is to establish a migratory population east of the Mississippi River.

For a short video on my work, go to http://youtu.be/ijT0Y4zUtd0 Approaches to Resource Management in Tropical Ecosystems in Belize (ES 396)