Fungi are everywhere. When most people hear the word “fungus,” they think of athlete’s foot or something nasty growing in the refrigerator. The negative connotation of fungi is partially due to the tremendous amount of human suffering and economic loss caused by crop plant diseases and postharvest rots. However, the vast majority of fungi are beneficial to humans. They decompose organic matter and recycle nutrients. Fungi are utilized by humans to bake bread, brew beer, and produce many industrially and medicinally important compounds. Fungi have a fascinating lifestyle which enables them to grow through their substrate, secreting an enormous array of enzymes to digest their meals outside their bodies. Neither plant nor animal, they are of another realm altogether. Long considered to be allied to the plants, the weight of evidence now indicates they are more closely related to animals. I’m interested in all aspects of plant-fungal interactions, both pathogenic and mutualistic. My specific expertise is in symbiotic soil fungi called mycorrhizal fungi. These fungi form a mutualistic association with many plant species by colonizing the roots, and assisting in nutrient acquisition. There are different types of mycorrhizal fungi, and I study a group called arbuscular mycorrhizal (AM) fungi which are placed in their own order, Glomales. The Order Glomales consists of only about 150 species, yet they colonize an estimated 80 percent of all plant species. I am interested in various aspects of the diversity of these fungi. 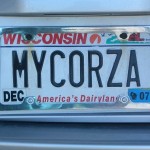 Specific questions I’m pursuing include: What accounts for the diversity of glomalean fungi? Is a diverse population of mycorrhizal fungi beneficial for plant growth? How do different fungal genotypes interact to help (or hinder) a plant? Is there a relationship between fungal diversity and plant diversity? The mycorrhizal symbiosis is ancient, having evolved some 400 million years ago (shortly after plants colonized land). Unraveling the mysteries of how these fungi evolved has proven frustrating indeed! I am interested in the systematics of AM fungi, and use morphological and other characters to help elucidate phylogenetic relationships within the order. I am also curious about the potential ancestors of AM fungi, since they are quite different from all other extant fungal groups. I am also interested in the role that AM fungi play in native ecosystems. For example, many tallgrass prairie plants are obligately mycorrhizal in low nutrient soils. I am investigating the potential role of AM fungi in prairie revegetation efforts. Funding to support my resesarch has come from a variety of sources, including the National Science Foundation. 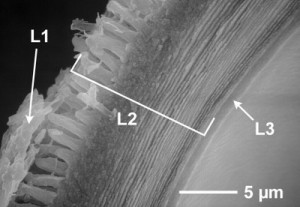 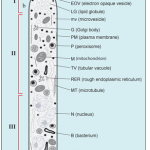 Diagrammatic representation of the germ tube tip of Gigaspora gigantea, based on transmission electron microscopy of freeze-substituted specimens. Note that the tip lacks an organized Spitzenkörper, but has different types of vesicles and putative lipid bodies near the tip.

Current Students in My Lab

Recent Students in My Lab

Mycological and Mycorrhizal Links of Interest