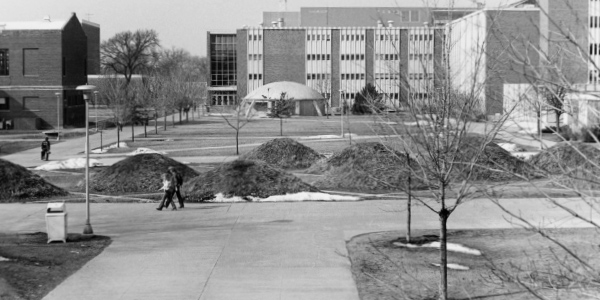 81 Mounds: The land sculpture, designed by UW Oshkosh assistant art professor Richard G. Medlock, was constructed in 1977 and consisted of 10 small earthen mounds, interwoven with concrete paths. Buried inside the mounds were small objects, including radios, a television, student art and—reportedly—a chip from Stonehenge. Medlock reported spending two to three years working on the idea of creating physical spaces that alter people’s behavior. While only 10 mounds were built in Oshkosh, Medlock conceived of them being fragments of a larger group of 81 that could be constructed across the country. That never happened and, after years of debate over persistent maintenance issues, the sculpture was removed in 1983.

The rest of the story

Upon construction of the mounds, Medlock was confident there were no “antagonisms” that he hadn’t foreseen that would prevent his sculpture from becoming a lasting fixture on campus. History, however, shows Medlock was no great prognosticator. The conceptual and avant-garde sculpture was a perennial target of amateur art critics, maintenance crews and even Mother Nature.

Already by the next year, in 1978, the “mounds,” as the sculpture was most often referred to, were eroding badly. The pedestrian interaction Medlock hoped for was in part to blame for wearing the sod off the hills. The dry summer of 1978 also contributed as watering the mounds proved resource intensive. While members of the biology department suggested adding more plants, members of the art and geology departments (for different reasons) counseled letting the sculpture alone as was originally intended. The steep mounds also proved difficult to maintain. After one maintenance worker was injured using a special mower on the sculpture, the mounds were largely ignored by facilities staff, much to the protest of members of the art faculty and students.

In 1979, a University planning committee began to discuss removing them. A budget freeze and a petition from the sculpture’s defenders delayed the action. Among those weighing in on the debate was the playwright Edward Albee, who when visiting the campus in October 1980, called the sculpture, “nice” and hoped they would be better maintained. That same month, the Oshkosh Student Association called for a referendum asking the student body how it should advise the administration. In the vote, students, 384 to 204, supported the sculpture’s preservation and an experiment using new ground cover to help with erosion was begun. By 1983, the experiment proved to be a failure and the shaggy and patchy mounds were ultimately plowed under in the summer. Today, in its place lie a bench, trees and a small hillock perhaps as a reminder of the most discussed public art project in campus history.

Check out more photos From the Archives.

UWO alumna, ceramist 'on fire' for the arts 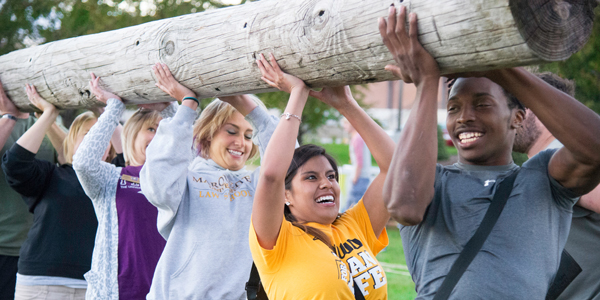 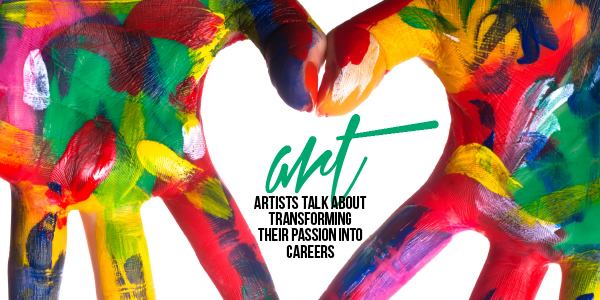 Creating a Place in the World 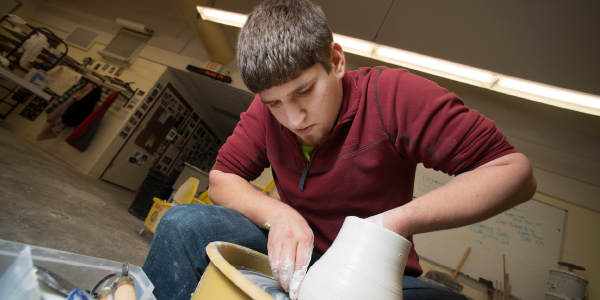 Profiles
0 Comments
The University of Wisconsin Oshkosh — Where Excellence and Opportunity Meet.