They’re not the big, in-your-face incidents. But the sting of hurtful comments can accumulate over time.

Microaggressions are the everyday slights, indignities, put-downs and insults that people of color and others of diverse backgrounds experience in their day-to-day interactions. These words or actions can even appear to be compliments but contain a “metacommunication,” or hidden insult, to the targeted group.

“It’s like thousands of paper cuts,” said Idonis Curtis, a sophomore student of color at the University of Wisconsin Oshkosh who is leading a charge with fellow student Brianna Langs, a junior from Milwaukee, to educate people about microaggressions.

Curtis said it might be the constant questions about his hair, people who clutch their purses tighter as he walks by, or the expectation that he should speak for the entire race because he is the only person of color in the room.

Individuals with brown skin and names not common in white families are assumed to be foreign-born. People will ask where they are from or comment on how well they speak English.

At UW Oshkosh, Curtis, 20, is a residence hall community adviser who is president of the Multicultural Education Coalition and vice president of the newly formed Men of Distinction student organization.

A Milwaukee native, Curtis had toured UW Oshkosh, but did not consider applying. He did a short stint with the U.S. Navy before talking to Langs, a McNair Scholar, who was on campus. He applied after the start of the academic year and was admitted last fall, a day before enrollment closed.

Valedictorian at Marshall High School, where he estimates there were four people not of color, Curtis thought he wanted to pursue a firefighting career. He now has a physics/mechanical engineering major and astronomy/African-American studies minor. He says his “dream job” is to work for NASA.

“I feel more welcome at UW Oshkosh than most people of color,” he said. “I have tougher skin—so to speak. I’m very involved on campus.”

Curtis said he believes leaders at UW Oshkosh are trying to improve diversity and inclusion, but the low numbers of diverse faculty and other factors—like difficulty finding diverse hair products and services, clothing and foods in the surrounding community—can drive students away.

Shahaque Rahim, 19, a UW Oshkosh student from Pakistan with an accounting/finance major, has dreams like others in his program: to obtain certifications and work for a multinational company—or run his own business.

Rahim works in Polk Library as an IT (information technology) student consultant, where he has made friends with his co-workers who call him “Shaq.”

Still, Rahim, who speaks fluent English and dresses like other students his age, said it’s been difficult making friends on campus.

“There’s a language barrier,” he said about his uncertainty with slang and words he isn’t sure of, “and cultural differences.”

His Muslim faith prohibits Rahim from eating pork and requires him to stick to a kosher diet that includes a lot of seafood and vegetables. A few of his American friends have been treated to biryani, a dish of rice, halal meat (permissible in traditional Islamic law), potatoes and spices during his “biryani nights.”

“They just loved it,” he said, noting that one of his friends made the dish for his own mother.

A lack of halal meat on campus means Rahim eats mostly vegetarian, although he sometimes enjoys a fish sandwich or shrimp dish.

Rahim lives off-campus with his older sister who is a senior this fall. He’s noticed people in the U.S. aren’t close friends with their neighbors—much different than home, where people commonly enter each other’s homes and are involved in each other’s lives.

“There is one guy I talk to and I know his name and a few things about him,” he said. “The others are basically strangers.”

Free to be “authentic”

Alumna Gwen Kelly, ’74, radio TV film, is part of a team working at the Global Office of Culture, Diversity and Inclusion (CDI) at Walmart corporate offices in Bentonville, Arkansas.

At Walmart, where CDI is a focus, employees are encouraged to bring their “authentic self” to work.

“To tell it most simply is to say the ‘authentic self’ is who we are, the compilation of our values, beliefs and life experiences,” Kelly said. “In the workplace, when we do not have to compromise to fit in, when there is an environment that welcomes and respects differences, then one can be more free to be their authentic self.”

The same principles can apply in an educational environment.

Kelly said in her career with Walmart she has seen that teams that are cross-functional and diverse in makeup of participants by gender, ethnicity, thought and experience can be more creative and innovative.

Sylvia Carey-Butler, associate vice chancellor of Academic Support of Inclusive Excellence at UW Oshkosh, encourages students to meet new people and take part in new experiences. She not only is focused on increasing the numbers of diverse students on campus but also retaining students after they arrive. Additionally, she is charged with ensuring that inclusion is sewn into the fabric of UW Oshkosh.

“We have a moral obligation to graduate the students we admit, and to ensure that all students achieve their fullest potential,” she said. “If a student graduates from UW Oshkosh the same as when they arrived, then we have failed them.”

Carey-Butler speaks of diversity in a broad context as she discusses intellectual diversity that results from having diverse students in the classroom.

A native of Upstate New York, Carey-Butler has more than 35 years of experience in higher education.

Everyone needs to take ownership for improving diversity and inclusion at UW Oshkosh, she said.

Beyond the UW Oshkosh strategic plan, Carey-Butler said the campus climate survey will help leaders understand how stakeholders experience the campus environment, and the equity scorecard will offer a roadmap to help better serve students, the region, state and ultimately the world as students graduate and enter the workforce.

The initiatives will result in a new inclusive excellence plan for the University by spring 2018, she said.

“Diversity alone does not ensure inclusion. If we do not have inclusion, then we will never reach the level of excellence that UW Oshkosh is capable of,” she said.

Ameerah McBride, director of equal opportunity and access at UW Oshkosh, said it’s important for students to be exposed to people of different backgrounds.

Where better than a university to receive that exposure?

“We are in the process at UW Oshkosh of preparing students for the world,” McBride said. “They are going to be working for multinational companies. We’re preparing them for the marketplace. They’re going to be on diverse teams. Research shows diverse teams make better decisions.

“There are very few places you can work without diversity,” she added, noting UW Oshkosh graduates soon will be living it—in careers such as marketing, law enforcement, human resources, nursing and education.

Deliberate efforts have brought the sensitive topics of equity and diversity into the forefront at UW Oshkosh. Despite that, Assistant Vice Chancellor and Dean of Students Art Munin knows awful, hurtful things still happen at universities.

The university town of Charlottesville, Virginia, was the scene Aug. 12 of a clash between white nationalists and counterprotesters that turned deadly. Charlottesville became a focal point of the white supremacist movement after officials there voted to take down a statue of the Confederate Gen. Robert E. Lee.

Munin recalled a racist incident closer to home at UW Oshkosh, when someone drove along Algoma Boulevard and yelled the “N word” at a student walking on campus. He said similar incidents have occurred and it is impossible to know if the comments came from someone connected with UW Oshkosh.

Students are not immune to the sting of the unwelcome comments—even on the university ground they call home.

“We can prevent when we can, and respond with care and compassion when things don’t go right,” Munin said. In responding to reports of bias from students, Munin stated, “You apologize and tell them, ‘I’m really sorry that happened. It shouldn’t have.’” Diversity comes in many forms including race, ability, religion, gender, sexual orientation and class. Munin encourages students to become involved in diverse student groups and experiences on campus.

“People come to the University from all different backgrounds and can have no (previous) interaction with people of other cultures,” he said.

Conversation is a great way to make connections and bring people together, Leibold said.

“It’s amazing how much you have in common with others,” said the former Milwaukee Police Department assistant chief, noting members of diverse groups are usually more alike than different.

Leibold said the UW Oshkosh Police Department teamed earlier this year with the City of Menasha Police Department in a daylong Fair and Impartial Policing training program. The training teaches officers to avoid being swayed by bias and focus decisions on facts.

“Implicit bias training would be good for the entire community,” Leibold said.

The college learning environment is largely designed to prepare the next generation of workers. These days, a broad view of the world is required—where new graduates can be successful in a global workplace and comfortable in any community.

“I think if you’re going to try to make sure you are developing and inspiring students to be their very best, there needs to be an inclusive environment where employee and student diversity is valued and leveraged,” said Kathi Seifert, retired executive vice president of Kimberly-Clark Corp. and current chair of the talent committee for New North—a nonprofit regional marketing and economic development organization representing 18 counties of Northeast Wisconsin.

Seifert, awarded an honorary doctorate degree from UW Oshkosh in 2014, noted that students will be working for companies that sell products and services around the world. She said they need to know cultural differences to meet or exceed expectations. Students need to be educated, she said, in a way that ensures all backgrounds are welcomed, appreciated and valued.

She said Oshkosh Corp., Kimberly-Clark and Bemis are among Wisconsin-based companies focused on attracting diverse talent to grow business and better reflect the marketplace.

“You really have to think about your customers’ needs,” Seifert said. “You have to understand the marketplace and you have to have a global mindset.”

Gwen Kelly said some of the best work of her 11-year career at Walmart has been marked by “the fact that teams producing thework have put having a diverse team to the test.”

Seifert continues to focus on attracting, developing and retaining diverse talent for the region through New North.

She said there is “work to be done” when encountering people who may have grown up in an environment where diversity was not welcome.

The community loses when people are knocked down—for any reason, she said.

“If they don’t feel welcome, they’ll go somewhere else,” Seifert said. “None of us want to be where we’re not welcome.”

Kelly said there is a clear reason a focus on diversity and inclusion is so very important.

“The simple answer is that in the 21st century we are in a time of shifting demographics and geography,” she said. “We are a global village in ways we have never experienced before. And the place where the preparation as well as activation for the occurring change begins may very well be in our academic institutions.” 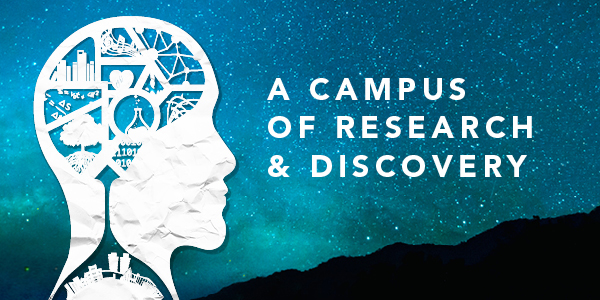 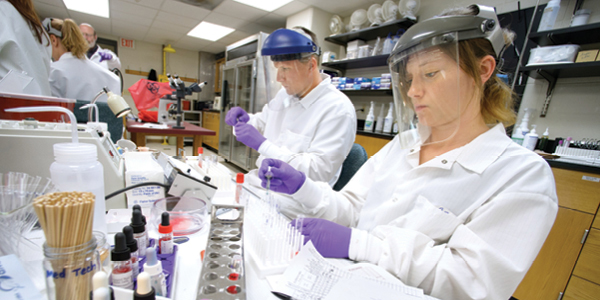 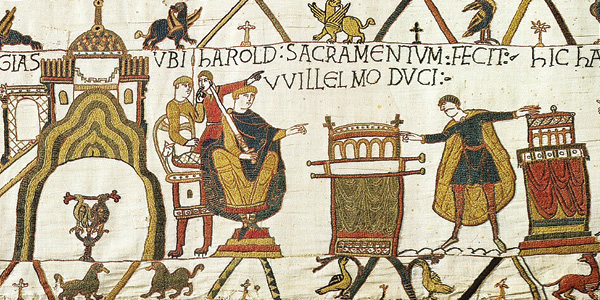 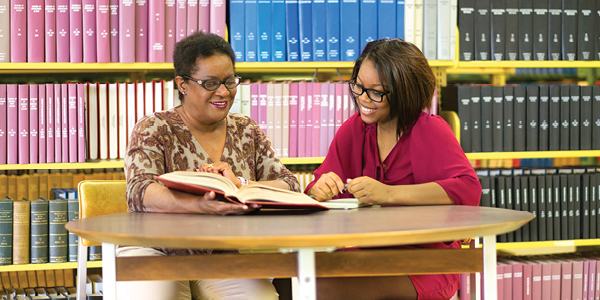