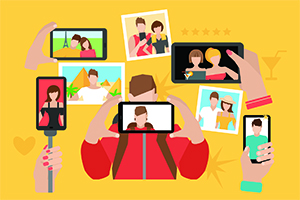 From promotions and new jobs to milestones like marriage, new babies and retirement, let your former classmates and professors know what is happening in your life. Share your latest news and pictures by submitting an update online at uwosh.edu/alumni. Click on “Update Your Records” under Quick Links. We want to hear from you today.

66 Dr. Gary Engebretsen (BS), of Merrill, who retired in 2007, enjoys traveling and taking care of his woodlands.

68 Kathryn J. (Harkins) Breitzman (BS), of Kaukauna, is serving a three-year term on the Kaukauna Area School District Board of Education.

72 Samuel Cargile (BS) and ’73 (MSE), of Belton, South Carolina, retired after 15 years as vice president and senior adviser to the chief executive officer of the Lumina Foundation. He is relocating to Cape Town, South Africa.

73 Mary Dewane (LS), of Phoenix, Arizona, owner of Benovia Winery, has been named Winery Owner of the Year by The North Bay Business Journal.

80 Susan (Manke) Miller (BS), of Lodi, is completing her 15th year on the Lodi School Board and currently serves as president.

82 Andy Hopfensperger (BS), of Clintonville, retired in April from the Clintonville Police Department, after serving the city for nearly 32 years.

83 Barry Martzahl (BBA), of Green Bay, who serves as a managing director at Graystone Consulting, was named to the Barron’s list of the top 1,200 financial advisers in America for the sixth consecutive year.

84 Jacqueline (Doherty) Belken (BSN), of Janesville, is a registered nurse for the Delavan-Darien School District.

90 Trevy McDonald (BA), of Durham, North Carolina, is the 2017 recipient of the David Brinkley Teaching Excellence Award at the University of North Carolina at Chapel Hill’s School of Media and Journalism.

93 Robert Koeppen (BS), of Clintonville, is a captain with Delta Airlines.  96 Jennifer Eisenbart (BA), of Burlington, is the new lifestyles and special section editor for the Daily Jefferson County Union in Fort Akinson.

98 Catherine Caspary (BSN) and ’03 (MSN), of Lomira, completed her doctor of nursing practice degree at Saint Louis University in 2016.

00 Garth Wicinsky (MBA), of Winneconne, has been promoted to senior vice president and chief administrative officer at SECURA Insurance.

01 Natalie Bokelberg (BSE), of Broomfield, Colorado, is employed at the Community College of Denver as an academic adviser for health sciences.

02 John Mueller (BSE), a teacher in the Oshkosh Area School District, was promoted to command sergeant major in the U.S. Army Reserve.

07 Thomas Bishop (BS), of Kewaskum, has been chief of police for five years at the Kewaskum Police Department.

10 Michael Chastain (BSN), of Peachtree City, Georgia, graduated from Georgetown University in 2013 with a master’s degree in nurse anesthesia and works as a certified registered nurse anesthetist.

12 Lindsey Lucero (MSN), of Kronenwetter, works as a family nurse practitioner at Aspirus FastCare in Abbotsford and the Aspirus Medford Walk-In Clinic.

13 Megan Tyjeski (BFA), of Oshkosh, works for Cadre as a contract employee. She also runs Megan Art and Photo and is a member of Jambalaya, a downtown gallery.

14 Matthew Wolfert (BSE), of Grand Chute, joined the Peace Corps and volunteered in South Africa for 27 months after graduation.

15 Anthony Snyder (MBA), of Appleton, is CEO of the Fox Valley Workforce Development Board Inc.

16 Joshua Hopfensperger (BSE), of Appleton, teamed with Global Vision International to arrange a three-month volunteer project in Fiji to rebuild the Village of Silana after Cyclone Winston. 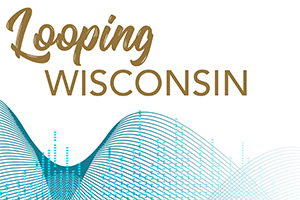 Alumni
0 Comments
The University of Wisconsin Oshkosh — Where Excellence and Opportunity Meet.