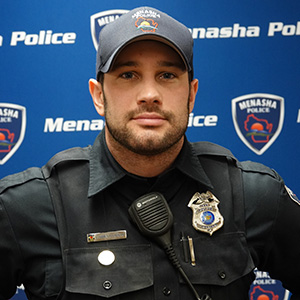 as told to Joe Schultz 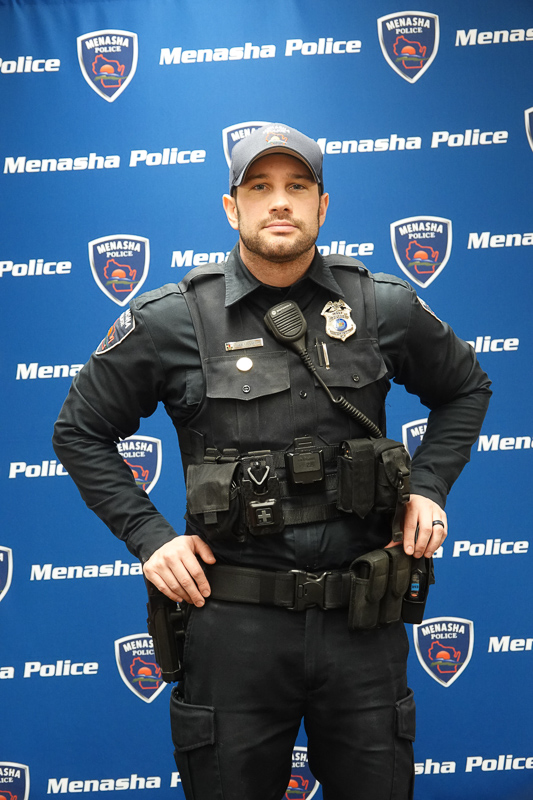 “It was during the summer of 2017. It was super hot outside, and we were dispatched to an apartment complex. A male was in a car and wasn’t breathing. I was the first to arrive in a line of squad cars. I’m grabbing onto his shirt, around his armpits, just trying to get him out of the car. EMTs arrive on scene. He ended up passing away. Right around that time someone said, ‘We might’ve located his car over in Oshkosh over at the Planeview gas station.’ They said, ‘John, why don’t you go over there and see what we can find because we don’t know what killed him.’ There wasn’t anything in the vehicle that he was in. As I was driving there, I passed the M. Schettl sign with the big moose on Highway 41, and I started to feel weird. I got super hot, almost like I was in a tanning bed. I thought, ‘Whoa, whoa, whoa, that’s odd,’ I got super light-headed. I was going to pass out. Something’s not right. I remembered that these are some of the symptoms of a Fentanyl exposure. I was like, ‘Holy shit, this is happening.’ So I grabbed our squad radio, which is attached to a heavy magnet, and I couldn’t get it off the magnet. That’s how weak I was; I finally grabbed the mic and I said, ‘I’m not feeling well.’ I’m right by the Jackson Street exit, which is right by the Winnebago County Sheriff’s Office. I’m going to make it there because I know they have Narcan. At that point in time not every police department in the area was carrying it like they do now. I knew that the Sheriff’s office had it because they had it in the jail for people overdosing in jail. I was freaking out. I still knew what I was doing, but I could tell that if I didn’t get somewhere quick, I was going to die. I ended up pulling into the Sheriff’s office parking lot and, by the grace of God, there was a Sheriff’s deputy at the Kwik Trip right off the Jackson Street exit that pulled in behind me. I got out. He said, ‘Hey, we have Narcan. Do you want some of this?’ And I didn’t know a lot about it at the time, so I said, ‘I don’t know, maybe I’m just overreacting.’ He said, ‘It’s not going to hurt you.’ I was getting towards that just-let-me-fall-asleep kind of state. I was just tired. Maybe something’s going on, because I couldn’t feel anything anymore, and I just wanted to fall asleep. That’s when he gave me a shot of Narcan, and it didn’t do anything. I started slouching over, and then another deputy pulled up, gave me a second shot of the Narcan and sure enough, probably 30 seconds, 45 seconds later, I felt normal, completely fine. I could get up and walk and I could talk. They took me to the hospital. At the hospital, this type of overdose was new to them so they didn’t know how to go about it. I sat at the hospital for four hours and they watched me just to make sure nothing happened to me. And then I was released back home that morning. Now, all police departments are carrying Narcan. Having gone through that really opened my eyes to see what a major issue it is today. I guess I never understood the strength of addiction and how hard it is for people to fight that addiction day in and day out. I used to think that people didn’t want to get help and wanted to continue to use, even though they knew it would kill them. My experience has made me see that people really do want help, but the addiction is too strong at times.”

John Abrahamson has been an officer for the Menasha Police Department since 2015 after graduating from Fox Valley Technical College Police Academy. He earned his Bachelor’s Degree in Criminal Justice from the University of Wisconsin-Milwaukee.