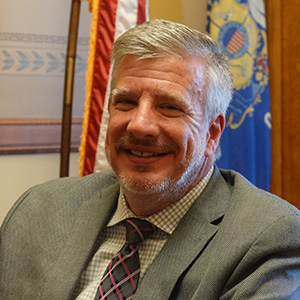 as told to Bethanie Gengler 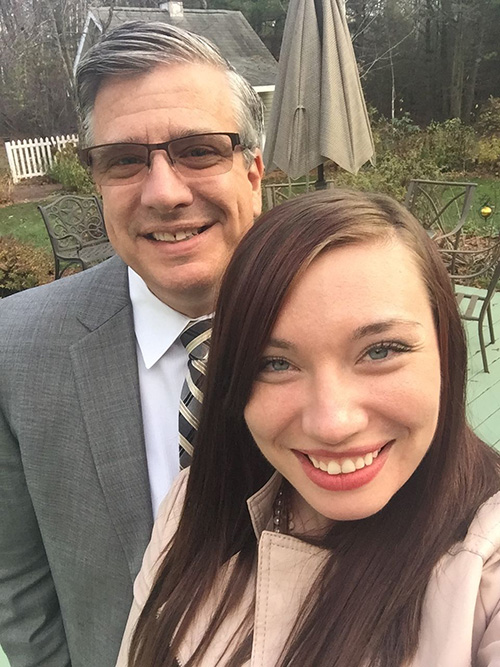 “My daughter, Cassie, has struggled with addiction since about 2007. That included an overdose and near death. It has included incarceration. Mixed in there would be some treatment opportunities. But I’d say a good portion of the last 12-13 years now Cassie has spent in active addiction or incarcerated. I think we knew something was wrong because this previously straight A student, very active and outgoing, began to skip school, grades began to slip, wasn’t interacting with family like she had previously. So I think we felt something was happening, but we really didn’t know the depths of it until there was one day, I met Cassie at a local pizza place, and she told me. She looked terrible. She was white and basically matched her sweatshirt. She had sunken eyes. This was a beautiful girl that didn’t look anything like what I knew her to be. I remember her saying those words, ‘Addicted to heroin,’ and I kind of felt sick to my stomach. I was almost literally sick to my stomach. I had to fight it back. At 17 years old she had become truant at school. She wasn’t coming home. We tried to work with the police department, with the schools, and unfortunately there was not a lot, as a 17-year-old, that we could do to try and get some structure back in her life. So, it was out of control. It’s not what you want for your child, but it’s the reality. Cassie should’ve been living with us at that point in time. She was 17 years old. She had a boyfriend. That’s where she first got the pills from was from the boyfriend. Unfortunately, the boyfriend’s family was enabling their behavior. They were actually using themselves. Because of that, they gave her a place to go, a place to stay, a place to get fed. That’s one of the reasons why I think we didn’t have as much parental control as we should have, because they were there to enable the behavior. The day we met at the pizza place, I believe that was her saying, ‘Dad, I need some help.’ We did make arrangements for her to get into treatment. Unfortunately, there were a number of different treatment situations that had failed, which culminated in an overdose in 2010.” 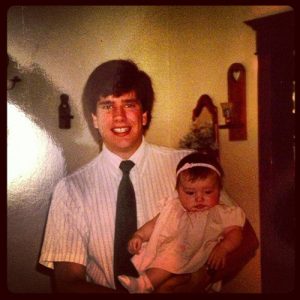 Wisconsin State Rep. John Nygren and Cassie, as an infant.

“I can remember it to this day. Her mom called on an August day. She had gone home because there was an approaching thunderstorm and she wanted to close the windows. As she was walking in, Cassie’s friends were running out because she had overdosed. My wife called me, I raced over there. Cassie was lying on the bathroom floor with the needle still in there. I tried to help her breathe. She was purple. I was thinking she was probably going to be gone. When I saw her lying there, I think what was going through my mind was all those things that weren’t going to happen. So, by this point in time in 2010, as a parent, we never got to see her graduate, never got to see her go off to college. When I saw her that day, I’m thinking, ‘I’m never going to walk her down the aisle, never going to see her give birth, never going to do the things that moms and dads should do with their kids as they grow older.’ Thankfully the EMTs, the paramedics, showed up and used Narcan and brought her back to life. But that actually began the process of incarceration. She was in possession. Marinette County is pretty tough. She got a three-year sentence for possession of narcotics and paraphernalia which, in some counties, that would just be probationary. But we had such a problem, and it kind of makes sense, that we’re going to be tough on it. That made sense at the time and that’s how we’re going to deal with it. Quite honestly, as a parent, I kind of felt better because she was out of that active use, she was behind bars and you could sleep better at night thinking that she was safe. But I think we know now that the best way to deal with it isn’t necessarily incarceration, it’s treatment. We’ve invested a lot in treatment and diversion and other type programs that prove to be way more successful than simple incarceration. Cassie is a bright girl. She had her future in her hands, but unfortunately it’s not the future, at least at this point in time, that we had all hoped for.” 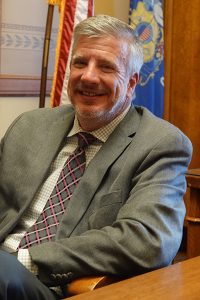 “These are things I didn’t know at the time, but I don’t think Cassie is probably unusual. She had a trauma in her life, actually a couple of them. She was sexually assaulted at a young age. She had a teen pregnancy where she decided to give up the baby. Those are a couple of traumas that you’re dealing with and you’re dealing with those pains in your life and finding a way to self-medicate yourself is probably common. So I do think that it can happen to anyone, but obviously, some people are much more susceptible. There were a lot of sleepless nights, concerns about her losing her life. As a family, it’s impacted us quite a bit. Today we actually are raising her son. He’s three years old. We’ve had him for two years. Cassie was arrested, along with her boyfriend, in October of 2017 for providing the drug that somebody overdosed from. We have what’s called the Len Bias law*. It’s pretty difficult to say where the drug actually came from, it was somewhat circumstantial but once again, it’s the law we have in place. She actually had been previously sitting for well over two years in Brown County Jail awaiting trial. She recently agreed to plead guilty. Sentencing is coming up February 20th. So we’re prepared to be caretakers for our grandchild, Henry, for a number of years because of that unfortunate situation.”

*Wisconsin enacted the Len Bias Law in 1988 which allows drug dealers to be charged with reckless homicide if they provide drugs to a user who fatally overdoses. 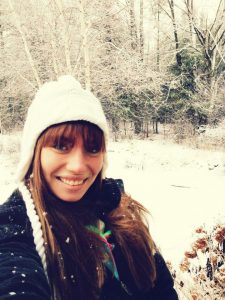 “The HOPE Agenda has been an effort that actually began in 2013. It stands for the Heroin Opioid Prevention and Education Agenda. Cassie actually asked me to champion it because, at the time, I was visiting her in prison and she said, ‘Dad, there are a lot of girls like me who shouldn’t be here, but they are.’ Perhaps they made a bad choice at some point in time, perhaps they were more genetically susceptible to addiction, but regardless of why they got there, they were there. She thought, and I still do think to this day, that there are other pathways to prevent addiction if we just maybe focus on it a little bit earlier in someone’s life. As a legislator, I don’t think I came here to actually be a leader on addiction or recovery reform. But it’s been probably the leading legislative effort that I’ve been working on for six years now. I’m not sure it’s something I wanted to live every single day, but it is what I’m living every single day. Because of that, I guess, we’re trying to make the best of it that we possibly can by helping other people not find a similar pathway that Cassie did. I think the one thing that everybody needs to be aware of is that we call our efforts the HOPE Agenda and that there is hope. For every sad story of a life lost or a life like Cassie’s that’s certainly altered and deeply damaged, there are stories of hope and people that have gotten into long-term recovery and are doing great today. I got an email recently from somebody from my hometown that spent two years and eight months in recovery and is working again and is back with his wife and back with his kids. Those are the stories that people need to be aware of. That’s why these types of opportunities are important and that’s something I think everybody needs to be aware of. If you’re struggling today, there is hope for long-term recovery.”

Rep. John Nygren (R-Marinette) is a leader in addiction and recovery reform in Wisconsin. Rep. Nygren began working on the Heroin Opioid Prevention and Education (HOPE) Agenda in 2013 at the request of his daughter Cassie, who struggles with heroin addiction. The HOPE Agenda includes more than 30 proposals that have been signed into law in Wisconsin to address opioid addiction and expand access to treatment. For more information about the HOPE Agenda, please visit legis.wisconsin.gov/assembly/hope.