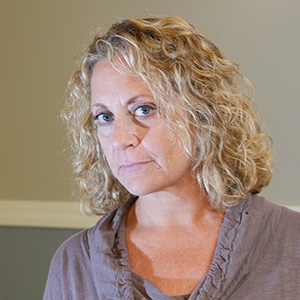 as told to Jelissa Burns

My brother-in-law was one of the first fentanyl-laced heroin deaths in Milwaukee County on July 4, 2016. At the time of his death, he was approximately four years sober. He had struggled with his addiction from a very young age. My daughter is also a recovering heroin addict. Her problems started at age 14. First it was curfew violations, then underage drinking, then came possession of marijuana and paraphernalia. Soon she was dabbling with Oxycontins, which then escalated to heroin. She was an IV user by the age of 17. Despite all this, she was still getting good grades and was a great athlete. At the height of her addiction, there were very few support groups available in the Fox Valley for parents of addicts. I had to do a lot of leg work on my own. I found it difficult to talk about addiction, especially a teenage heroin addict. I remember sitting in Human Services for almost seven hours trying to talk to someone, anyone, about my daughter…I couldn’t let my daughter continue living the way she was. Finally I was able to meet with someone and attained a three- party commitment for her to go to Rosecrance Addiction Rehab Center  in Rockford, Illinois. It was the hardest thing I had to do in my life. She was there for almost 90 days. While in her recovery, I found out she had suffered a trauma at a very young age that attributed to her addiction. I’ve learned that children and adolescents who suffer trauma at a young age are susceptible to a drug addiction if they experience any type of trauma. It’s 10 years later and after four rehabs, my daughter is now five years sober.”

Julie Williams is the parent representative with the Winnebago County Drug and Alcohol Coalition and is also on the coalition’s communications team.