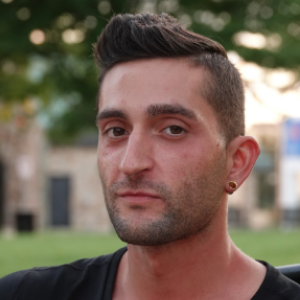 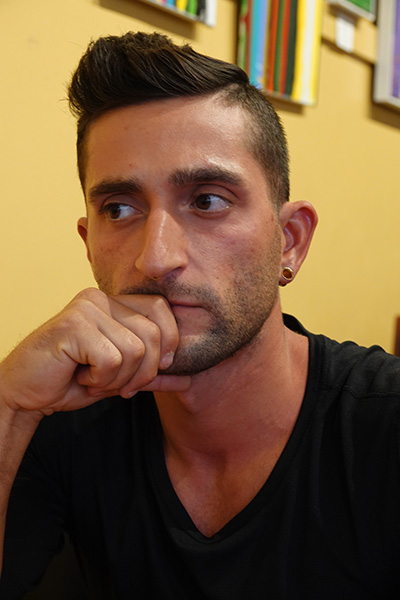 “I was out on bond because I got caught with crystal meth. I was on this 24/7 program where I had to go to the county jail and pee in a cup every other day to make sure I wasn’t high. I had to have absolute sobriety. But me, I was being a little convict, a little scheme artist at that point. I thought, ‘I’m still going to get high. There’s no way I can be sober.’ I would literally buy fake pee at some tobacco store and use that to pass my tests. It was probably a week or two that I was faking them. This particular morning, I was like, ‘Well, I need to get high to function.’ That’s just where it led to. I could not function, would not get out of bed, wouldn’t eat, wouldn’t talk to anybody—unless it was my drug dealer—until I got high. I didn’t do any unusual amount of heroin that I normally would. I injected the heroin, and the next thing you know, I woke up with two detectives, two paramedics, and four cops standing around me, and my parents crying in the corner of the room. I said, ‘What’s going on?’ I was pissed because I thought, ‘Oh shit, now I’m going to go to jail. They’re going to find out.’ I was upset. ‘What the heck. What is going on? Why did you bring me back? I was fine. You could have just left me.’ I remember the paramedics said, ‘You should be grateful your mother just saved your life.’”

“People see the difference. Not many people have seen me at my worst, and there’s not many pictures of me either because I looked so bad you wouldn’t want to take a picture of me. Now I’m the healthiest I’ve ever been. The biggest thing is acceptance. I learned acceptance when I was in the drug court program. It’s a saying in the book of AA, page 417, that acceptance is the answer to all of my problems. If there is a very stressful situation or something that doesn’t go my way, I tell myself, ‘It is what it is. Just accept it.’ That’s the answer. That’s one thing. The gym is another huge thing. It’s basically free medicine, it’s a free antidepressant. I don’t know why more people don’t do it. People just make excuses for things they don’t want to do. I learned to make time for what’s important. That helps me stay sober. Plus, I don’t think any parent should have to bury a child. My parents were so close to that. It wasn’t a big deal to me at first. Like I overdosed, my parents brought me back, whatever. The longer I was sober I thought, I never want to put my parents through something like that again. You know, I think God has plans for me, or whatever out there that is bigger than us. Do I know what they are? No, but isn’t that the whole point of this journey of life, finding out what it is?”