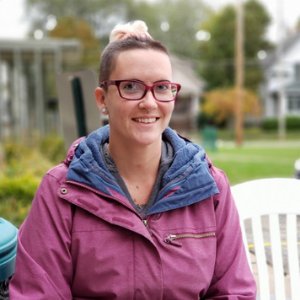 as told to Kaitlyn Scoville

“It was weed and alcohol at a young age. I started smoking weed with my older brothers when I was 13-14. The parties were always at our house. Everybody came over to smoke weed and drink at our house. I thought it was normal. I was a dancer in high school, and I didn’t start abusing drugs until about halfway through my dancing career, but I was able to do things socially — like cocaine. I experimented with LSD and mushrooms. It wasn’t a problem for me until my pregnancy. My addiction started from a legal prescription for painkillers when I was pregnant. That was September 2011. December 29, 2011 is when I gave birth to my boys. I used heroin every day my kids’ whole first year of life. I don’t even remember their first birthday party, I was so high. My source of drugs, honestly, usually always came from a boyfriend, so I’ve never had to make that dope run to Milwaukee. Ever. Some of my friends – they lie, cheat, steal – everything was kind of handed to me. I didn’t start IV drug using until the fall of 2016 with a boyfriend of mine. Once I started using needles, there was no turning back. My IV drug using was with heroin and meth. I realized I didn’t want to live anymore; I was very suicidal – especially when the drugs ran out. I started planning my suicide. One day, I decided today was the day. That was July 25, 2018. I took 15 Xanax, 10 Ambien, and three big shots of heroin. I thought I just fell into a black hole. They took me to the Fond du Lac Acute Mental Health Unit from the hospital. I woke up the next morning and went, ‘Where the fuck am I? What did I do?’ Addiction is a disease that should be treated like every other disease that’s out there. We aren’t born with the wishes of being addicted to drugs. Everybody who struggles with addiction deserves to come out the other side.” 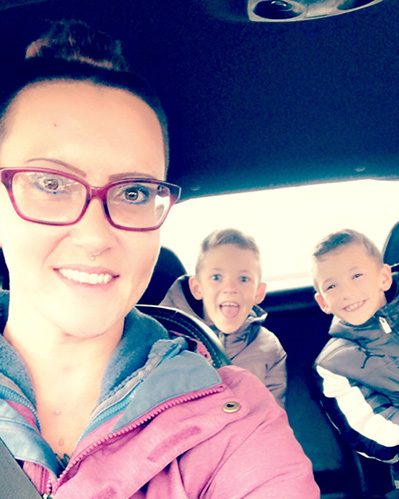 “I have some pretty substantial health consequences as a result of my drug use. I was diagnosed with fibromyalgia in 2013 as a result of my chronic heroin use, and I was diagnosed HIV positive in August of 2017. I didn’t do a lot of the criminal stuff, but now I have lifelong consequences. This is for life now. On Oct. 17, 2019 I was diagnosed with stage two chronic kidney disease. It’s life, you know? My choices, these are my consequences. I take it day by day. When I was diagnosed with HIV, that was a positive turning point in my life. Instead of having the fibro and having such a negative spin on it, with HIV, it was like, ‘How can I take this and turn it into something positive going forward with my life?’ Being diagnosed with HIV gave me meaning in life now, and that’s being an advocate and educator for what HIV really is. I want to be a voice out there for somebody who is struggling in silence, who doesn’t have a voice for themselves for fear, shame, or whatever it may be. In sobriety, I want to be as selfless as I can be. How can I help somebody else who is struggling? That’s what’s going to keep me clean. My kids and waking up another day being sober. That’s one thing I pray for every day: that I have the opportunity to wake up clean and sober.”

Sam has been in recovery since February 28, 2019. She was born in Chicago, grew up in Milwaukee then moved to Neenah, Wis., in August of 1996. Sam works in retail and is an advocate for those with HIV/AIDS and Hepatitis C.