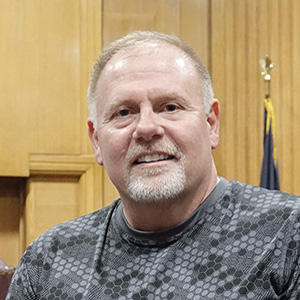 as told to Leo Costello 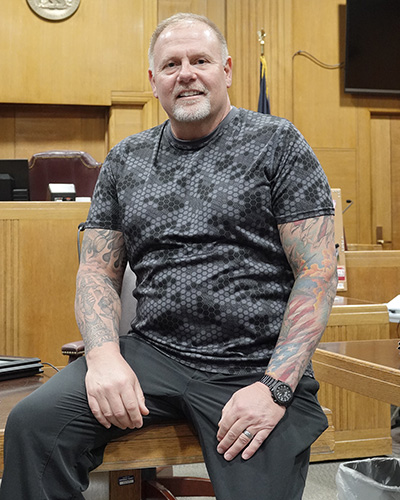 “I started [working as a judge] in January of 2004 and I quickly learned that the majority of the people that came in front of me were here with drug and alcohol-related issues, so I knew there was a problem with drugs and alcohol. Before I became a judge, you think it is [a problem], but you really don’t know how prevalent it is in our society. Our sheriff and I got together and we were brainstorming about what we could do to try to help this problem, and we started talking about drug court. The thought is drug court is being soft on crime, and it’s not a soft on crime — it’s smart on crime. Judges typically motivate people by, ‘I’m telling you not to do this, and if you do this, you’re going to go to jail.’ It’s a punishment. We’ve found out from doing that for hundreds of years — it doesn’t really work. Jail did not motivate any of them. A guy said to me today, one of the graduates, Nick, ‘I can do four months in jail standing on my head. It’s easy.’ So if someone’s going to use, and you want to throw them in jail, you’re giving them a free vacation. We’re trying to do positive reinforcement instead of negative reinforcement. These people are motivated by things such as family, occupation — it can be a little thing. I started doing the Tootsie Pops, giving people TootsIe Pops. When I would give them to people, I would hold them so they would look back at me. And just the eye contact, showing someone that you care for them as opposed to wanting to throw them in jail, makes an impact on people.”

Scott Woldt co-founded the Winnebago County Safe Streets Drug Court Program in 2006 to help alleviate drug issues in the county. His arms are tattooed, wrists to shoulders, of images that have inspired him to be a judge. Woldt has been a judge for the Winnebago County Circuit Court since 2004. For more FIXED stories, please visit www.uwosh.edu/fixed.