The Story Behind the Story with Kurtis Rodrieguez 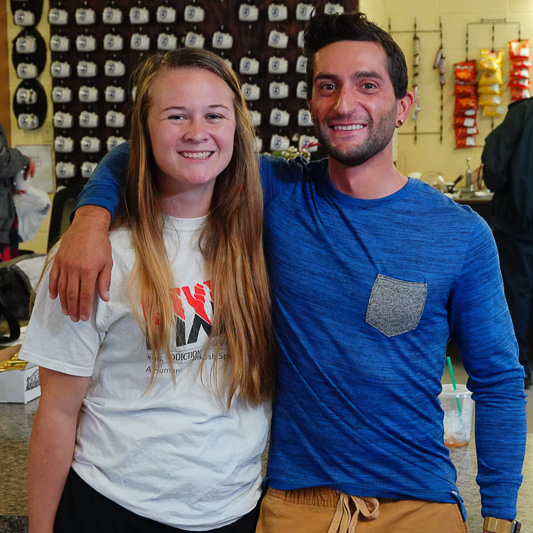 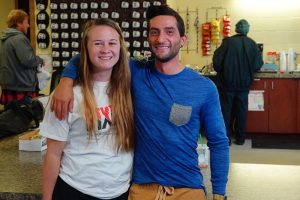 My only exposure to the opioid and addiction problem in the United States came from my dad, a Green County (Wis.) deputy. Of course, in my home town of only 10,000, we don’t have a lot of resources for people with addiction, so my dad came home with only bad stories. He was sick and tired of saving these people with Narcan, an opioid antagonist, when he felt they were just going to overdose again sometime soon.

I knew his view was biased, but when that’s the only view I got. I couldn’t help but be influenced by it. My dad saw these people as bad or a burden to society, and I started to as well. Part of me, though, knew that was inhumane. I also knew that, once in the mess of addiction, it was hard to get out of that habit; people had to really want to stop and dedicate themselves to being sober in order for it to work.

Then, in class, our instructor, Grace, laid out portraits of all of the people we would interview as a class and gave a little background on each person’s story. I was touched by each person and their story because each one was special and traumatic in its own way. But Kurtis’ story stuck out to me. Kurtis was someone I wanted to interview. I couldn’t fathom that his mother saved him from an overdose; she saved his life because she was intuitive enough to prepare for it. I felt he had a compelling story and looked so different than the stereotypical addict; on the surface, no one would believe that he had gone through such a traumatic experience. 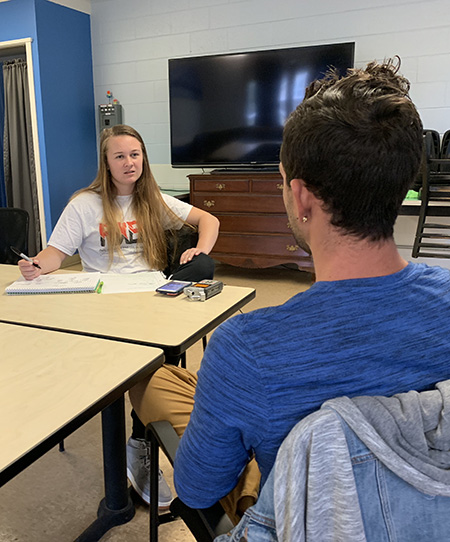 Kurtis seemed like a regular guy that, if he went to UWO, I could be friends with. We even shared some interests, like working out and music. He was very open and personable. He wasn’t afraid to share anything with me. I don’t know if that was just his personality or his strength from recovery.

After the formal interview, he asked me if I was on social media. We exchanged Instagram usernames and phone numbers for further communication. It didn’t feel weird or unsafe or anything out of the ordinary. When I scrolled through his social, I reflected on how normal his account was. He looked super happy, had a lot of friends and was into fitness.

With each interview, not only with Kurtis, but other people in recovery, I realized how much I have in common with these people and their addiction in terms of mental health. Clearly not every detail matched, but there are some key points that resonate with me. Kurtis mentioned how he hid his addiction from his parents, or at least how he tried to. I experienced the same thing with my anorexia, anxiety and depression. I thought I hid it from my parents too, but they knew. Kurtis talked about really low points in his life, being miserable, and I couldn’t help but feel the same way. His takeaway is to reach out and talk, and that’s exactly what I hear from my therapist too. Because of this, my appreciation for this project, for these people, has naturally deepened. Their story not only helps addicts, but some of their advice has helped me, too.

When interviewing and writing Kurtis’ story, I knew there were a lot of dark spots, and I struggled to take the emphasis off of those and put it on his recovery. I was able to overcome that when I took into account Kurtis’ message: this can happen to anyone. You might think you’d never do drugs, but that’s exactly what Kurtis thought, and look what happened. I wanted to emphasize that after each drink, each pill, each injection, he never thought he would do this; he never thought it was a problem.

After hours of transcribing interviews, organizing his timeline, meeting with his mother and friends to fill in the missing parts, it finally came together. When I showed him what I had done, he read each part, laughed, and said, “Yup.” It was rewarding to see all of that hard work, and his journey, come to fruition. I had captured all of the important moments of his battle with addiction as if I was there with him.

Coming out on the other end of the project, I’m thankful for the experience. My opinion and view of people with addiction has definitely changed for the better. Do I think that first drink, that first pill, or that first injection is smart? No, but I realize so many circumstances go into that decision. Even if it was just a “one time thing” or they just wanted to try it, haven’t we all? We are lucky that, after our first drink, we didn’t become alcoholics, or after a surgery, we didn’t become addicted to our prescribed pain killers. It’s never an easy path to recovery either. I’ve learned to give so much more credit to those who are trying, despite relapses. Although my dad’s opinion negatively influenced me, I don’t think I ever was unsympathetic to people with addiction, but this project has added some emotion back in me.