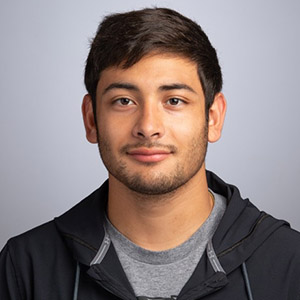 Raiden expressed that his experiences with learning Japanese at UWO have been phenomenal. He explains that with the skills Hanai-sensei and Emori-sensei have taught him, both linguistic and life in general, he would not be the student he is today.

While COVID kept him from studying in Japan twice, his linguistic skills have still proved more than useful state-side, as he has translated for those in need, bridged gaps between friends/family, and even helped him get into grad school. He said that he owes all of his successes to Hanai-sensei and Emori-sensei.

BACK TO AWARDS PAGE