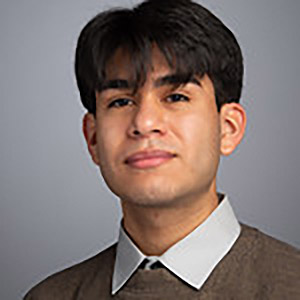 Hector said his time in the UW Oshkosh Department of Global Languages and Cultures has allowed hin to sharpen his Spanish language, writing, and overall communication skills. Consequently, he has been able to embrace and engage more in his own roots and those of his family. In the program, he has also been introduced to many cultures which have enriched his background as a Political Science student. The staff in GLC have given him invaluable tools that have opened up and will continue to open up many opportunities for him, and for those experiences he is deeply grateful.

BACK TO AWARDS PAGE