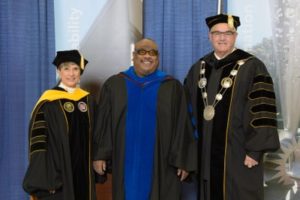 For his many contributions beginning in 2011 to the UW Oshkosh campus and to our community, musician, composer, and Tony Award-winning playwright Stew was co-nominated for UW Oshkosh’s 2014 Honorary Doctorate by a committee of Stew enthusiasts–Honors Director Laurence D. Carlin, UHP Faculty members Don Dingledine (Department of English) and Alan Lareau (Department of Foreign Languages and Literatures), and Honors staff member Julie Russo.

The application included a detailed description of Stew’s performances, classes, and public talks; promotional materials from his three campus visits; and—our most convincing evidence—the words, voices, and expression offered from Stewdents of all persuasions. These accounts took form as compelling letters of support from a wide range of professors and as enlightening endorsements from students from all four colleges, all of whom witnessed and embraced “the Stew Effect.”

Stew was awarded the Doctorate of Humane Letters at Commencement on Saturday, May 17, 2014.

In UW Oshkosh’s long history of bestowing honorary degrees to those “who have contributed significantly to the University, to the state, or to the nation,” Stew’s is the first our campus has awarded to an artist. 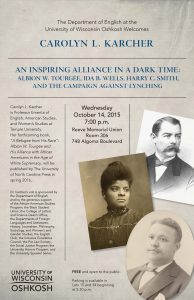 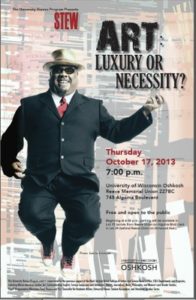 Many hundreds of students and staff took part in this bone marrow donor registry campaign to benefit Be the Match (www.marrow.org). This was the second such on-campus event coordinated by Jonathan Dudzinski, a donor himself in 2011, who is a UW Oshkosh alumnus (double major in Accounting and Finance, Spring 2012) and University Honors Program Graduate.

“Did Darwin Write the Origin Backwards?” 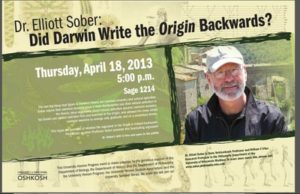 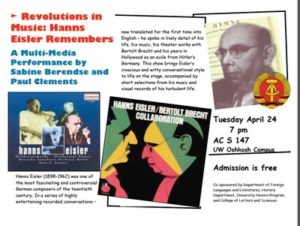 “How to Get to Broadway by Accident: Stew Talks About Passing Strange, Rock n Roll vs. Musical Theater, and the Pleasures of Personal Chronology” 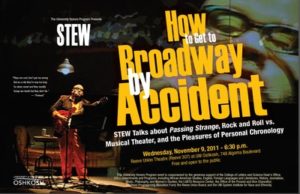 “African-American and Haitian Solidarity: From the Battle of Savannah to the Haitian Bicentennial” 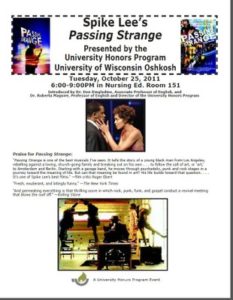 “Science and Religion: What’s Really at Stake in This Debate?” 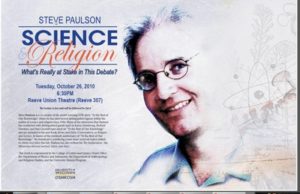 “Chefs and Slaves: The Cooks in Jefferson’s Kitchen” 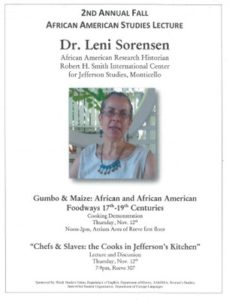 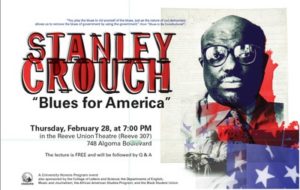