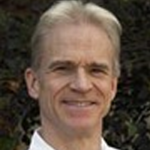 Alan Hobson, a 1982 journalism graduate of the University of Wisconsin Oshkosh, has lived a life of highs and lows – climbing the world’s tallest peak, Mount Everest, surviving cancer twice and writing seven books. Each endeavor posed challenges to overcome, which Hobson described as shaping his life for the better in one way or another.

The adventurer, writer and speaker left his mark on the university as a student and alumnus. While attending UWO Hobson won the William Randolph Hearst Award for Excellence in News Writing and was also a nine-time All-American gymnast, which eventually led to his Athletic Hall of Fame induction. In 2010 he received the Distinguished Alumni Award.

A former cub reporter for one of Canada’s largest daily newspapers, The Ottawa Citizen, in that nation’s capital, Hobson has since ventured past the journalism ranks to become a professional speaker and author.

Hobson said although he values the skills he learned as a journalist, the job itself was not for him. His focus on positive writing led him away from journalism and toward freelance work.

“Unfortunately, the nature of hard news is negative,” Hobson said. “If a plane takes off and lands safely that’s not news, but if it crashes it is. I’m not, by nature, a negative guy and I have made it my life work to try to perpetuate the positive.”

Hobson said although he was experiencing success as a journalist, he did not enjoy how he was achieving that success.

“The turning point for me came when I was asked to cover a drowning in Ottawa just a few days before Christmas,” Hobson said. “A 7-year-old girl had fallen through the ice of a local river and drowned. I went out and got the exclusive story. I then went back to the newsroom and wrote the story. It ended up on the front page, my first front page story. But to tell you the truth, it was one of the most disappointing moments of my life.I found myself asking, ‘How did that story help someone today? How did I make the world a better place?’”

After Hobson left The Citizen, he went on to become a full-time writer/broadcaster and eventually a member of three self-guided and self-organized expeditions to Mount Everest. Each expedition took three to seven years to finance, organize and execute.

Despite his team missing the summit by 3,000 vertical feet on their first expedition and by just two city blocks on their second, he eventually made it safely to and from the top of the world in May 1997.

However, three years after summiting Everest, Hobson was diagnosed with the very aggressive blood cancer, acute leukemia, and given less than a year to live. At diagnosis, 90 percent of the cells in his bone marrow and 40 percent of the cells in his bloodstream were cancerous. After over 500 hours of chemotherapy, including 120 hours of high dose chemotherapy designed to virtually eliminate his immune system at the time, on Nov. 15, 2000 Hobson received the modern-day equivalent of a bone marrow transplant, an adult blood stem cell transplant.

“On the day of my transplant I was so weak from treatment fatigue that I could not stand for more than a minute,” Hobson said. “Considering I had once stood on the highest physical point on the planet,  it was a very, very long fall. And, it was to prove to be an even longer and harder climb back. I am incredibly blessed and fortunate to be able to say that I have made a 100 percent recovery. It took me five years.”

With a new lease on life, Hobson continued his career as a professional speaker but now he combined his “outer Everest” stories with those of his “inner Everest.”  He speaks to groups of all size and description, usually businesses or organizations, about how to transform adversity into opportunity. Hobson said that using his journalism skills of research, interviewing and fact-checking, he customizes every presentation to the needs of each group. In fact, he has become the best speaker in the world at creating customized presentations.

“I’ve applied the skills I developed as a journalist but in a completely different way.” Hobson said. “My objective is to perpetuate the positive and inspire others to greater heights of hope and achievement.”