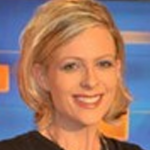 Lori Kraus always knew she wanted to attend the University of Wisconsin Oshkosh.

In a UW Oshkosh alumni award recipient questionnaire she wrote: “The campus was close to home and the university continues to have a strong communications program, as well as outstanding, knowledgeable professors.”

She graduated from the university in 2002 with a double major in journalism and radio-TV-film and earned the Outstanding Young Alumni Award in 2011. Kraus’ ability to construct top-tier work during her undergraduate career propelled her into having a successful career outside of the educational realm. Since graduating from UW Oshkosh, Kraus worked for various radio stations until she joined the CNN/Turner Broadcasting team in 2005.

During her time at UW Oshkosh, Kraus was known as a student that surpassed expectations. She always set the bar higher for herself. In a nominating letter for the Outstanding Young Alumni Award, UW Oshkosh professor Douglas Heil, reminisced on the time Kraus was enrolled in his Prime-Time TV Writing course.

He said that most students in the course opt to write a spec script for an existing TV series because it is difficult to develop an original narrative structure. However, Kraus thought otherwise.

“Ms. Kraus proved to be the exception to the rule: she chose the harder path and opted to write an original script,” Heil wrote. “In this script, she skillfully constructed multiple layers of conflict for her protagonist.” Heil also added “scenes were professional caliber in quality.”

In another nominating letter, former chairman of UW Oshkosh’s journalism department, Mike Cowling, wrote: “At CNN, [Kraus] is working for a major broadcast news organization. Her position is one that is vital today for news networks, that being promotions to help establish company brand. Branding is a primary objective that brings distinctive characteristics and continuity to the business.”

It is her job to enhance the CNN brand as a whole. She strategically places promos for the CNN brand and all CNN programs on its television networks. She also cross-promotes for networks under the Turner Broadcasting spectrum, including TBS, TNT and Cartoon Network.

“If you go to the doctor’s office or medical facility, you are likely to see the Accent Health Network on the television,” Cowling wrote. “Lori is responsible for determining which CNN programs should be promoted on this network.”

Kraus was awarded the 2005 DuPoint Award from Columbia University for coverage of the Tsunami disaster in South Asia. She was also awarded the Peabody Award on two separate occasions. Once in 2005 for coverage of Hurricane Katrina and its aftermath, and in 2008 for the coverage of the presidential primary campaigns and debates. Essentially, the Peabody Awards honor the most powerful, enlightening and invigorating stories in television, radio and online media.

Mary Lou Navarro, promotion placement manager for CNN, in a nominating letter wrote, “Lori exemplifies leadership, attention to fealty and knowledge of the news environment around the world.” Navarro also added in the letter that Kraus has an immense dedication towards her craft, “Lori is dedicated, hardworking and possesses leadership qualities that are demanded at CNN.”