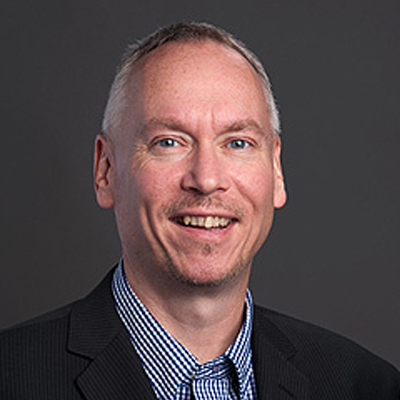 Patrick Stiegman lived and breathed journalism as a student at the University of Wisconsin Oshkosh. It’s what he still does today as vice president/editorial director for global digital content at ESPN.

“Journalism is one of the most noble professions I know,” Stiegman said. “It’s about the pursuit of truth, the ability to surprise, delight and engage readers; it’s the chance to bring perspective to the world and the opportunity to point out injustices, bring attention to untruths and serve to humanize the world and its many complex and compelling characters for readers, viewers and users around the globe. It’s 24/7, 365 days a year, but it’s a most rewarding profession – and being sports journalists allows us to tell those stories to sports fans around the world.”

Stiegman graduated from UWO in 1988 with a degree in journalism and minors in both Radio-TV-Film and political science. He worked for the Oshkosh Northwestern while he attended college and was also involved in many organizations on campus, including The Advance-Titan.

Stiegman says the combination of both the theory of the craft taught by the “esteemed journalism faculty” and the opportunity to practically apply those teachings as a working journalist built the foundation for his professional career. As a sophomore at UWO, Stiegman covered the Green Bay Packers for the Northwestern, while learning from “inspirational j-school professors.”

“Whether covering the Faculty Senate for the A-T or doing play-by-play of UW Oshkosh baseball, football and basketball games on WRST, I was all about journalism,” Stiegman said. “I ultimately served as assistant sports editor, sports editor and managing editor of the A-T, as well as spending three-plus years working in sports for the Oshkosh Northwestern, starting out covering prep sports and ultimately spending my two-plus years at the paper as the Packers beat writer. I benefited from an amazing education on behalf of my professors, but was also able to learn real-time, on the job, for a city newspaper. That was invaluable.”

Stiegman said he chose to attend UWO because it stood out among other journalism schools in the state.

“As a Madison native, I was planning to attend UW-Madison out of high school,” Stiegman said. “But I had a passion for journalism and, upon research at the time, UW Oshkosh had an amazing j-school faculty and was the best accredited journalism department in the University of Wisconsin System. Easy choice.”

He says the ability to cover a wide variety of topics at the collegiate level, while also experiencing broader communications and political sciences, taught him everything from “the importance of correctly taking bowling scores from the local lanes, to interviewing the chancellor to covering professional and collegiate teams.”

Today, Stiegman is accountable for the strategic planning and cross-platform content development for ESPN’s global digital properties. He oversees the day-to-day content planning and management of a team consisting of more than 300 editors, writers and producers, across 14 global editions. Before joining ESPN in 2005, Stiegman was the vice president and director of internet operations for the Milwaukee Journal-Sentinel and Journal Communications, where he constructed award-winning websites, like JSOnline.com, Packers Insider and Badger Plus Online. He previously was a sportswriter and columnist at the Wisconsin State Journal and the Milwaukee Sentinel.

“Identify, adapt and overcome,” Stiegman said. “That’s the mantra. You have to have the passion, you have to commit to the highest of standards and ethics, and you have to — and this is vital — consume content. Read. Watch. Listen. Be curious, be thoughtful, be open-minded, be committed to the task. The rewards will follow.”