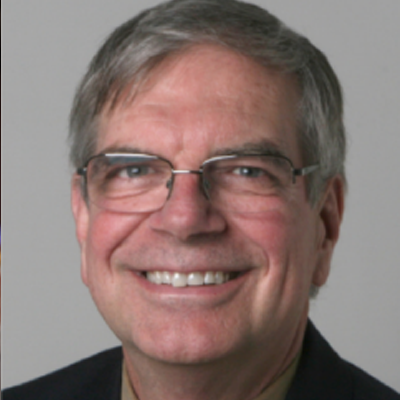 Paul Anger landed his first job in journalism after his dad chatted up a sports editor at a bar.

“My father said, ‘Well, I have a son who’s good in English and he plays baseball at Oshkosh High School,’” said Anger, who graduated from the University of Wisconsin Oshkosh in 1972 and won the Distinguished Alumni Award in 2002. “The guy said, ‘Send him in. We need the help.’”

That first job as a sports reporter for The Paper for Central Wisconsin was the beginning of Anger’s storied journalism career that spans almost five decades and is decorated with journalism’s highest awards. He retired in 2015 as the editor and publisher of the Detroit Free Press.

Looking back, Anger said he had no clue journalism would play such a big role in his life.  Growing up, he read newspapers, frankly, to keep updated on sports.

“I really had no plans – no plans at all – to go into journalism,” he said. “I didn’t work on my high school paper or yearbook…next thing I knew, my father has a beer sitting in a bar with somebody, and I’m working for a newspaper.”

Anger went on to work for the Miami Herald, the Des Moines Register and the Detroit Free Press, collecting many honors along the way. During his time in Detroit, the Free Press won two Pulitzer Prizes, four national Emmy awards from the National Academy of Television Arts and Sciences and three national Edward R. Murrow awards. In 2009 he was recognized as the National Press Foundation’s Ben Bradlee Editor of the Year after guiding the Free Press to a Pulitzer Prize in Local Reporting and ultimately helping transform the Free Press publishing model, with emphasis on digital delivery of news and information.

Despite the array of journalism awards, Anger remembers vividly a particular lowlight that occurred when he fairly new to the field. He was editing a column that mentioned the song “Boogie Woogie Bugle Boy” by the Andrews Sisters, which was a World War II song. “I, in my infinite wisdom at about 23 years old, decided I knew better what the name of the song was,” he said. “So I changed a couple references that (the reporter) made to the song to “Boogie Woogie Bugler Boy,” because that’s what I thought it was. Now, this is before Google, so I just thought I knew, so I changed it.”

Anger said the column was published with his edits, and the next day the writer of the column came in and asked him about the change and why he did it, to which Anger had no good answer.

“[The writer] he said, ‘Well, you embarrassed me with that change,’” Anger said. “I felt about as low as you can feel at that point, and I wondered if I had the discipline to succeed in journalism.”

In that moment, Anger vowed to never change something just because he thought he knew better and that he will always double-check, he said.

“Basically, I learned all along — starting in the classroom, at the A-T and at all my stops — that you have to have empathy in journalism,” he said. “Put yourself in the place of the subject being profiled, or the source giving you sensitive information, or — if you’re an editor — the reporter whose copy you’re handling. But also remember this: Your first allegiance is to the public’s right to know.”

Anger’s dedication to journalism stemmed from a desire to do good in the world. “The feeling got stronger and stronger in me that I really wanted to make a difference in people’s lives,” he said. “Journalism is a way to truly make a difference, to make lives better. People need information, they need to know truth from fiction and they need to get good information that they can act on.”

Looking back, Anger, who now lives in Metairie, La., around the New Orleans area, has no regrets about the professional life that he has lived. “I loved the choice of careers,” he said. “I thank my dad for buying that fellow a beer.”