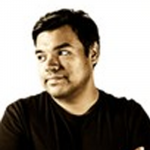 Rene Delgado tried marketing as a major when he arrived at the University of Wisconsin Oshkosh, but found it wasn’t for him.  After switching to the journalism program in his sophomore year, everything changed when Delgado joined Ad Club and attended the National Student Advertising Competition.

Delgado said that participating in NSAC gave him an opportunity to try out a field that he would end up pursuing after he graduated.

“You basically do what my job is now, you work with a group of people who are planners, strategists and other creatives to concept and bring to life a campaign about a product,” Delgado said.

Working on a campaign for Yahoo! for NSAC, Delgado found more than a good time in another city with some like-minded people. He found a career.

“It was a lot of fun, and I thought you know what, if I did that everyday, and got paid to do that everyday, that might be kind of cool,” Delgado said.

NSAC really opened his eyes to exactly the kind of work he wanted to do, and it helped Delgado see how he could take his aspirations to a higher level.

“I knew I wanted to do something creative that was a little different from the everyday,” he said. “In the process of picking a road to go down, for life, I feel like I kind of fell into it. But I am glad it all worked out.”

After graduating in 2005, Delgado went on to take part in the art direction portfolio program at the Miami Ad School before ultimately landing an internship at Leo Burnett in Chicago, and getting hired on afterward.

Delgado sometimes has a bit of difficulty explaining exactly what it is he does to friends and family, especially to his parents, although fans of the show Mad Men will have an easier time figuring it out.

“My job is only like the Don Draper job in terms of the work,” Delgado said, laughing at himself a bit. “We create the things that hopefully resonate with consumers. It’s all about trying to connect to people on a human level.”

After discovering the field he enjoys so much through serendipity, Delgado said the most important thing for students who have yet to find their passion is to keep an open mind.

“I can’t impress enough on the fact that you never know where your career is going to go,” Delgado said. “The only thing you have to do is be open, and be willing to take chances, take risks.”

Although what he learned in the journalism department ended up taking him all the way to Leo Burnett, Delgado does not seem likely to forget all of the things he was able to experience in his time at UWO.

“A lot of the first lessons in doing that I thought I picked up at Oshkosh,” he said. “It’ll always hold a very special place in my heart.”