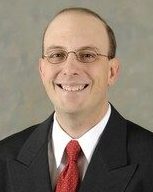 Vincent Filak is an award-winning teacher, scholar and former college media adviser with a Ph.D. in Journalism from the University of Missouri, a master’s degree in Journalism from the University of Wisconsin and a bachelor’s degree in Journalism (dual emphasis: News/Editorial and Broadcast) and Communication Arts (dual emphasis: Speech/Rhetoric and Radio-TV-Film History). He serves as a professor of journalism at UW Oshkosh, where he primarily teaches courses on media writing and reporting.

He has published six textbooks in the field of journalism: “Dynamics of News Reporting and Writing,” (2nd: Edition; Sage, 2022), “Dynamics of Media Writing” (3rd Edition; Sage, 2022), Dynamics of Media Editing” (Sage, 2020) “Convergent Journalism” (2nd Edition; Focal, 2015), “The Journalist’s Handbook to Online Editing” (with Kenneth Rosenauer; Pearson, 2013) and “Convergent Journalism: An Introduction” (with Stephen Quinn; Focal, 2005). His seventh book, “Exploring Mass Communication” is due out in 2024.

The Scholastic Journalism Division of AEJMC presented him with the Educator of the Year award in 2021, a year after he was honored by the National Society of Leadership and Success with an Excellence in Teaching award. In 2019, he received the Friend of KEMPA award for his work with high school journalism students through the Kettle Moraine Press Association. The National Scholastic Press Association presented him with its highest honor, the Pioneer Award, in 2012, “in recognition of significant contributions to high school publications and journalism programs.” In addition, he has received awards from the College Media Association for his work as a college media adviser and a mentor.

As a student at UW Madison, he helped resurrect the Daily Cardinal, the country’s sixth-oldest student daily paper through the savvy negotiation of more than $137,000 worth of debt. His efforts landed him on the list of the paper’s 110 Most Notable Alumni, which was released in 2002.

He lives outside of Auroraville, Wisconsin, with his wife, Amy, and their daughter, Zoe.