Live Sound Class is Offered for the First Time 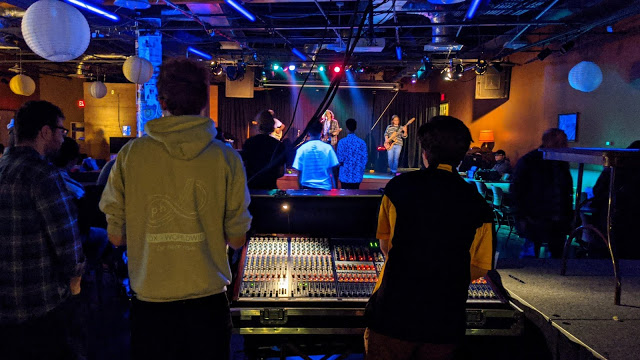 We are excited to have created a Live Sound Production course that has been offered for the first time this semester, Fall 2019. The course builds on fundamental audio concepts and incorporates skills and techniques that are more specific to various live production scenarios from smaller venues to large stadiums. 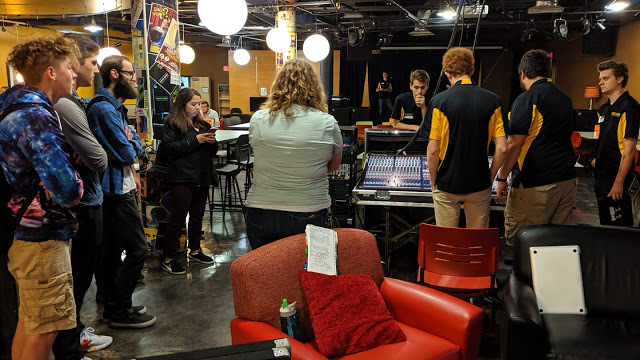 Some of the observations that we did throughout the semester have included seeing a P setup and both digital and analog mix consoles in the Reeve Union and Titan Underground music venue on campus, doing a live setup demo in our music hall, and also checking out an event setup for a talent show in the main union ballroom. 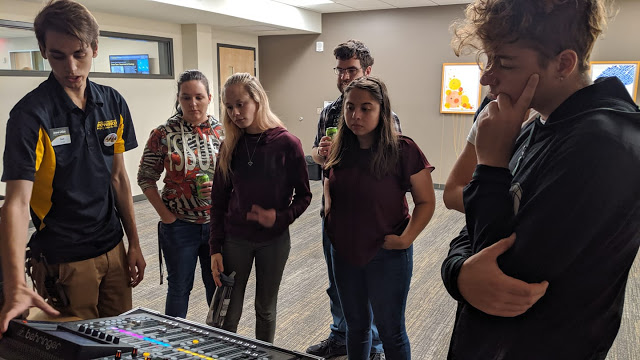 Given how diverse the music industry has become, it is important to cover a broad range of topics both within the studio production world and beyond. We are excited to continually build on the learning experiences that students have as a part of our department and program.