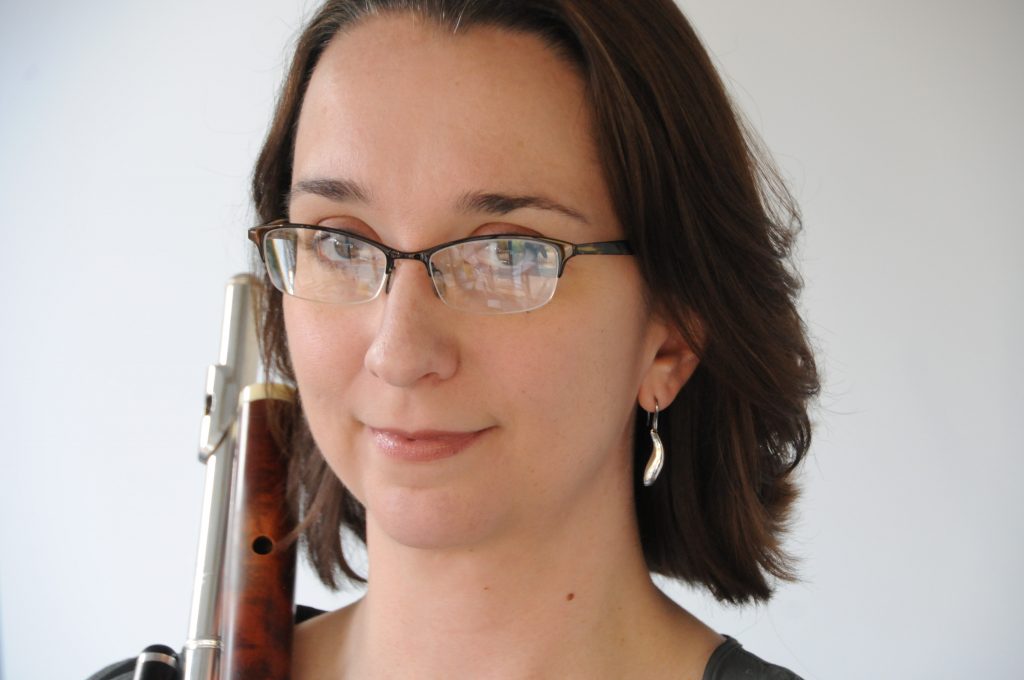 Linda Pereksta, Professor of Music, teaches Flute, Aural Skills and Chamber Music at The University of Wisconsin Oshkosh, and holds the position of Piccolo with the Madison Symphony Orchestra.  Prior to coming to Wisconsin, she taught at The University of Mississippi and Tulane University, and had been a member of the Arkansas, Tupelo, and Memphis Symphony Orchestras.  During her time as a tenured member of the Louisiana Philharmonic Orchestra in New Orleans, she performed in the orchestra’s 2005 joint concert with the New York Philharmonic, playing under the batons of James Conlon, Leonard Slatkin and Lorin Maazel.  She can be heard with the two orchestras on the Nonesuch CD, “Our New Orleans,” accompanying Randy Newman.

An accomplished and highly-regarded performer on historical flutes, Dr. Pereksta has performed with such period-instrument ensembles as the Washington Bach Consort, Spire Baroque Orchestra, Madison Bach Musicians, Ensemble Musical Offering, Belle Meade Baroque, Tallahassee Bach Parley, and Baroque Southeast.  She serves on the National Flute Association’s Historical Flutes Committee and is Editor of TRAVERSO, a quarterly newsletter featuring articles about the flute’s history.  She has performed at numerous NFA conventions and regional flute festivals, and has written articles for The Flutist Quarterly and Flute Talk.  Twice a major prizewinner in the NFA’s Baroque Flute Artist Competition, her doctoral treatise, “Twentieth-Century Compositions for the Baroque Flute,” was a winner of the NFA’s Graduate Research Competition.

Dr. Pereksta earned a BM in Performance (with Honors and Distinction) from The University of Iowa, an MM in Performance from The Peabody Conservatory of Music of The Johns Hopkins University, and a DM in Performance with a Certificate in Early Music from Florida State University (where she won a Doctoral Fellowship).  Her primary flute teachers included Betty Bang Mather, Charles DeLaney and Robert Willoughby, and she has had additional Baroque flute studies with Colin St. Martin, Claire Guimond, and Rachel Brown.