We had to contend with a massive mid-April snowstorm, but that didn’t keep us from hosting our second ever Recording Concert at the Reeve Union Theatre. The concert featured introductions from Music Industry students and alumni, followed by a presentation of their recorded work. The audio was accompanied by video footage or a graphics visualizer. 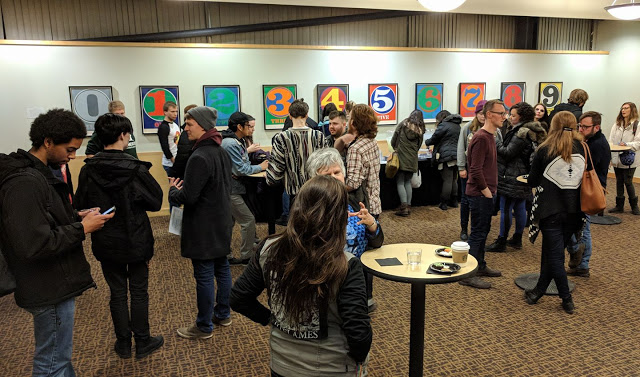 The students did a phenomenal job, and we also enjoyed sharing some snacks and socializing following the concert. It is great to give students an opportunity to show their work in a concert format, just as student performers and ensembles do throughout each semester.

In addition to the individual student projects, videos from several of the Group Recording Sessions class video productions were also shown. Our final edit of David Paul Martin’s “Come and Go” (including the class having some fun in the recording process) is shown above, and there will be much more to come! 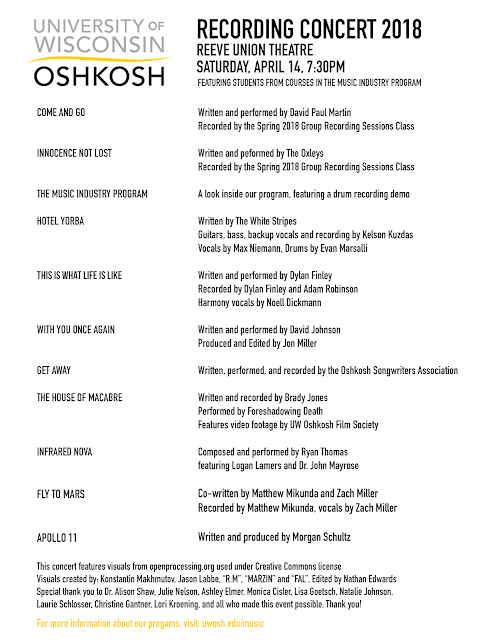