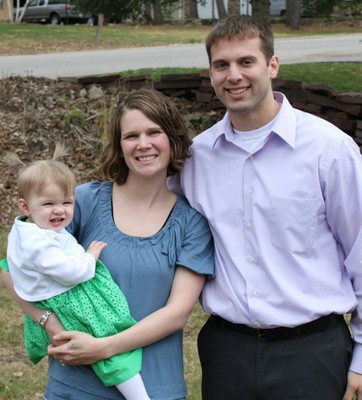 When Nick Mocco left UW Oshkosh in 2004, he was three courses short of graduating.

“I didn’t finish my degree because I wasn’t focused or mature enough to respect the education that was being provided,” he said.

During the preceding semesters, Mocco’s grades had slipped, and he re-evaluated to decide if this was the best time to finish college.

“Knowing I wasn’t going to be allowed to finish the courses I had left until I raised my GPA, I decided to venture into the real world,” he said.

Mocco currently works full time as a relationship manager for Schneider National in Green Bay, Wis. Because he plans to keep his current job, he says getting his degree was more for personal fulfillment.

“There’s this weight on my shoulders that I’ve been waiting to throw off for quite some time now,” he said. “No one has pressured me into finishing my degree; it was something I had to do for myself.”

When Mocco received a postcard from the Graduation Project inviting him to come back and finish his degree, he talked to his wife. Together they decided he should come back to UW Oshkosh.

“I felt it was the best possible time. I had been away for five years. I had matured and was ready to complete my final three courses at UW Oshkosh,” he said. “You have to do what’s right for you and be in the right place in your life.”

The Graduation Project works with returning students who are close to graduating by giving them a step-by-step academic plan and connecting them with University offices and departments.

Mocco says that sharing the experience with the Graduation Project and other adult students has made his return to UW Oshkosh easier.

“Knowing that I wasn’t the only one facing the same obstacles of handling a full-time job and a family make the experience more enjoyable,” he said. “Without the Graduation Project’s attention and guidance, none of this would have been possible.”

Mocco graduated in May 2010 with a Bachelor of Science in human services.

“It still sends chills down my spine,” he said. “I’m so excited to finish my journey where it all started.”