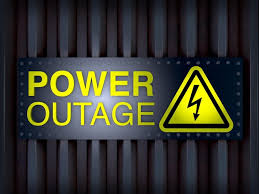 From the Desk of our Emergency Manager,
The UW Oshkosh campus community experienced a power outage early this morning (January 11, 2018) around midnight. Wisconsin Public Service reported that the power was restored at approximately 1:45 a.m.
Wisconsin weather sometimes causes issues with the power and, in this case, Wisconsin Public Service (WPS) believes the outage occurred because there was heavy fog/humidity in the air and it’s possible that the salt on the roads may have become airborne which caused current transformers to fail. WPS had to replace the affected transformers in order to restore power.
It’s important that you are aware of what happens When the power goes out on campus so we wanted to share a few details:
Residence Life buildings maintain minimal lighting in public spaces (hallways and corridors), card access readers and alarming systems continue to operate through battery backups and the heat is not affected because those systems are powered by generators.
Academic Buildings have a very similar response to Residence Life building the only difference is the specialized infrastructure in some research buildings – those buildings aren’t typically affected because those areas are proactively prepared to handle outages like the one we experience early this morning.
Service Buildings and General Gathering Areas are setup based on the function of that space and nearly all of the buildings on campus are supported by emergency power. The majority of the campus wouldn’t have experienced much downtime and things were restored quickly.
UW Oshkosh Risk and Emergency Management Offices are dedicated to sharing information that will help you when unexpected events occur on or near the UW Oshkosh campus.
Follow us on Social Media:
Facebook – www.facebook.com/uwopd
Twitter – www.twitter.com/uwopd
Instagram – “uwopolice”