Mission
The data driven approach to burglaries is an operational model that is deployed by the UW Oshkosh Police regularly. The Busted Initiative rolled out Spring semester of 2018. This initiative integrates location based burglary reports, for various areas of campus and for types of buildings, such as residence halls, academic buildings, administration buildings, and student services and dining locations where there were reported burglaries. The goal of this initiative has been to decrease the number of burglary & theft incidents at UW Oshkosh.  During this initiative, the UW Oshkosh Police Department will be focused on educating the campus community on methods of prevention.

Data and Analysis
The University of Wisconsin Oshkosh campus has seen a dramatic increase in the number of burglaries since 2013. The numbers increased from 1 in 2013 to 14 in 2017. The majority of burglaries across these years have occurred in residence halls on campus including 12 of the 14 in 2017. Eleven out of 13 burglaries that occurred in 2016 happened over the course of one month in the same residence hall. Most burglaries are a crime of opportunity; an open door is like an open invitation to those opportunities. Due to the constant in and out traffic of students in their residence hall room, it is common for the resident to leave their room unlocked or to leave their door open when they take a trip down the hall to visit a friend or to use the restroom.

Implementation
When an officer and/or Community Service Officer (CSO) is conducting a building check and sees that a resident student has left their room door open and their room unattended, they will put a “BUSTED” card (photo shown below) in the resident’s room where it will be noticed immediately by the resident and then they will close the door. This card will first inform the student that their room was indeed left unlocked and open. Secondly, it will provide information to the student about preventing burglaries and protecting themselves. In addition to leaving the card, closing the door to the room will also serve to prevent someone else from noticing the open door and taking advantage of the opportunity. 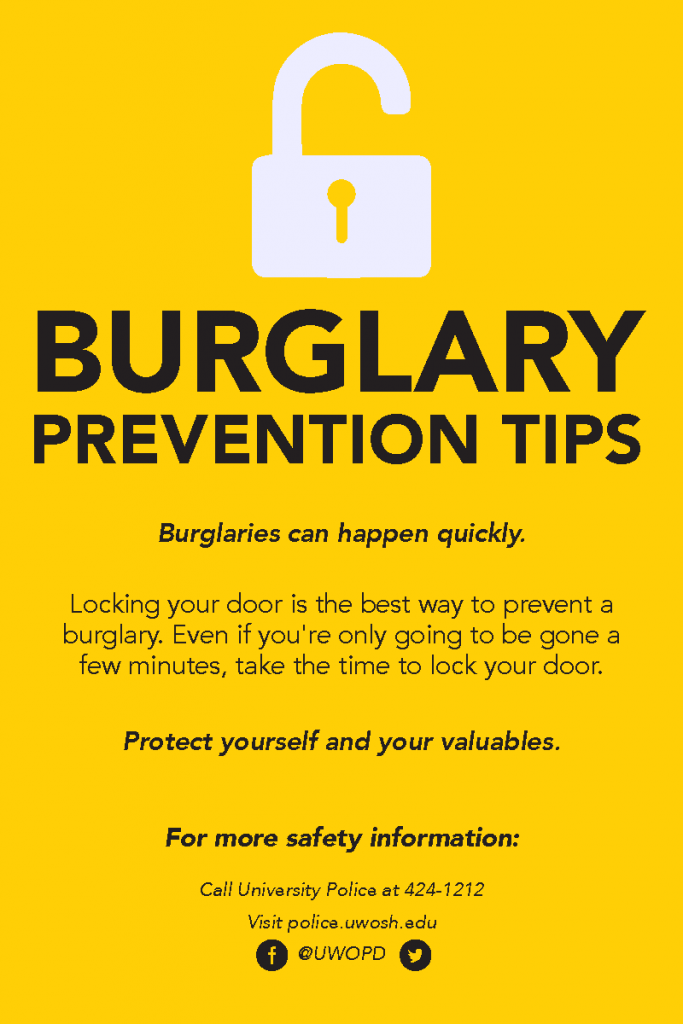 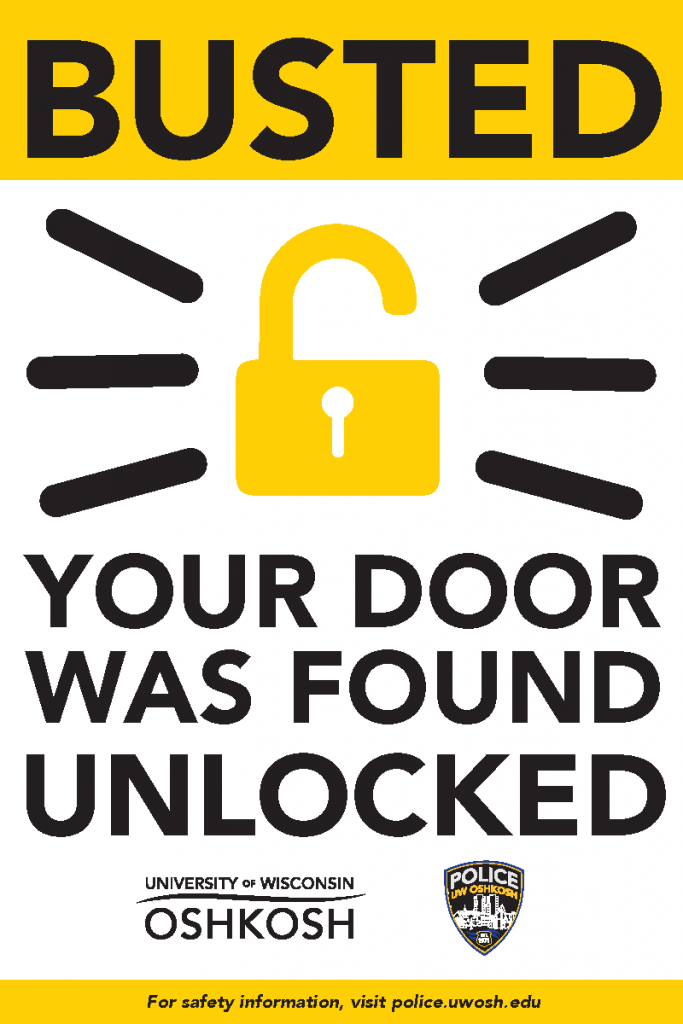