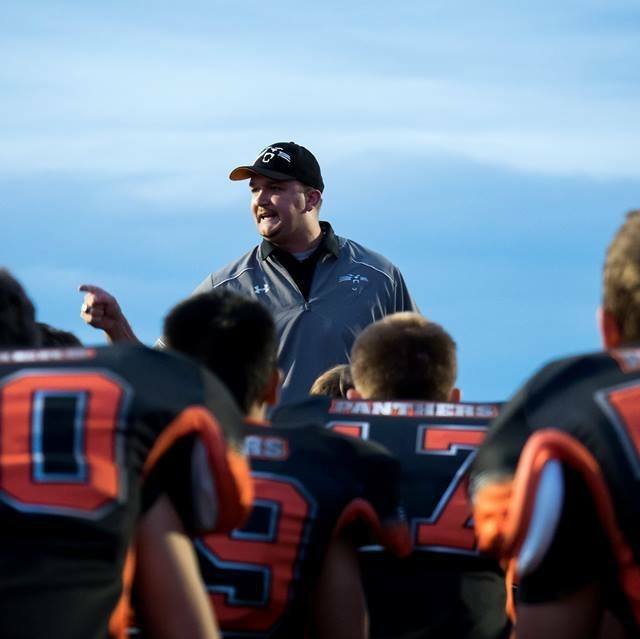 Barry Derickson knows a thing or two about finding your passion. But that’s because he never really lost it. Instead, Barry danced around different career options before realizing that what he loved had always been there, calling him back: football.

“When I came to UW Oshkosh, I declared my major in Political Science and had aspirations to become a lawyer. I was even the president of the Pre-law Society my second year and was a senator in the campus government. I participated in budget committee meetings and had built many connections around campus. However, the college experience is not just being educated in the field of study that you are in — it is about finding what your passion is,” Barry writes. As it happens, however, it was a legal internship Barry had through our department that made him realize that a full-time job as an attorney (not to mention three years of law school) wouldn’t leave time for what he really loved to do. “My passion was in coaching,” Barry notes, “and my internship experience made me realize I would not be able to go on and do both coaching and practicing law.”

Barry graduated in 2013 and immediately began, as he puts it, “bouncing around the collegiate coaching ranks.” “I gained as much coaching experience as I could through volunteering, graduate assistant positions, and working as a full-time coach while learning multiple coaching styles,” he writes. While Barry was collecting these valuable experiences, he also earned a Master’s degree in Coaching, Sport, Recreation & Fitness Administration from Angelo State University in Texas.

Barry is now the Head Football Coach at Oconto Falls High School in Oconto Falls, WI. It’s a position he loves. “I manage a staff, game plan, work with administration and alumni, fund-raise, manage a budget, meet with seniors to set goals and objectives, create a leadership curriculum and am involved in community service,” he writes. “I love the work I do for the student-athletes and seeing them grow and develop as men.”

How does a football coach use his training in Political Science? Barry doesn’t hesitate for a moment with his answer. “I use my degree and what I learned in the Political Science department everyday,” he notes. Although Barry gives examples from many of his courses, he has a special affinity for political theory. “Locke, Hobbes, Plato and Machiavelli… I use all of them in my coaching. I am always reading political philosophers and using them in my coaching. Whether I am using hard power to harness the power of the collective team or I am referencing the ‘allegory cave’ and that everyone has their own perspective, I must use everything that I have learned to be a great leader because that is what coaching and politics is all about.”

Do what you love to do. Chances are good your training in Political Science can make doing what you love even better. Thanks for this excellent example, Barry… OF Panthers, you’re one lucky team!