What can you do with a Political Science degree?

We have fabulous alumni who go into all sorts of fields—from business to academia, from law to policy analysis. We want current students to benefit from the expertise and experience of these alums. To help current students connect with graduates of our department we started an Alumni Council. These graduates honed their skills in our program, they understand how useful the major is, and are eager to give back to the next generation of Political Science students. The Council consists of a dozen graduates who have a wide array of experiences and who are happy to offer advice, particularly about the job market and your place in it. Below are the profiles of the alum. Please feel free to click on their name and write to an alum, ask them questions and let them guide you if you need help.

Rachel Nutini ’09 is a Business Intelligence Analyst for Plexus Corp. She spends her time researching technical issues, testing reports and data, and creating new ways to look at old problems. While there might not seem that there is a direct connection between Political Science and Financial Systems, most of the research and analysis skills she uses every day at work has been shaped and informed by research she did and read while earning her degree. Originally from Minneapolis, MN her family moved to Menasha, WI.  She is married to Kevin, the orchestra director for Menasha public schools and has three children: Emma, Paul and Adam.  Rachel’s main political science interests were in political thought and American politics.

Brandon Strand ’08 is the Executive Director for the Wisconsin Asphalt Pavement Association. He is originally from Fond du Lac and was the Vice President for the Oshkosh Student Association and Student Legal Services Director during his time at UW Oshkosh. He also earned the UW Oshkosh Political Science Isaac Kayando Award. His interest in Political Science led him to pursue an internship in the Office of the Attorney General at the Wisconsin Department of Justice. Brandon has been involved in state politics as Campaign Manager, Communications Director in the Wisconsin State Legislature, and Policy Analyst for the Wisconsin Department of Administration. He now represents the interests of the asphalt industry in Wisconsin.
Connect with Brandon Strand
Connect with Brandon on LinkedIn

Kristine Grill ’09 leads the design, delivery, and implementation of open data projects in collaboration with department partners. She completed an elections internship during her time at UW Oshkosh, with the Town of Grand Chute, convinced her to pursue a Masters of Public Administration at Minnesota State University, Mankato. During graduate school Kristine worked as an intern with the Ramsey County Elections office. She worked in a variety of areas, eventually becoming a permanent staff member. She now specializes in absentee voting and public communications.
Connect with Kristine Grill
Connect with Kristine on LinkedIn

Amy Gearhart Bahrani ’11 is the Aerospace & Defense Management Consulting Manager for Accenture in the Chicago Area. She is originally from Salem, WI and was a proud Political Science major, serving on the Political Science Student Association and Pi Sigma Alpha boards, as well as attending the Political Science study abroad trip to Berlin, Germany. Her interest in international relations led her to pursue a Master’s degree at the University of Wales in Aberystwyth, UK. After graduation, she began her career with UTC Aerospace Systems in International Trade Compliance and then in Contract Management, conducting aerospace contract negotiations in Russia and France. She now lives in Chicago with her husband.
Connect with Amy Gearhart
Connect with Amy on LinkedIn 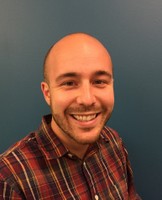 Paul Beach ’11 after completing his Ph.D. at the University of Oregon Paul became the Senior Analyst at Bellwether Education Partners. While completing his Ph.D. he was a research associate at the Educational Policy Improvement Center (EPIC) in Eugene, Oregon. He is originally from Prairie du Sac, Wisconsin and was a research assistant in the Political Science and Economics departments. He also played on the men’s soccer team (’06-’09) during his time at UW Oshkosh. Paul earned an MPA from the University of Oregon (MPA,’13).

Eric Slee ’06 is the Director  of Government Affairs at WISPA. Previously, Eric was the Legislative Director for the US Senate where he handled the energy, environment/climate change, telecommunications, Veterans Affairs and Rules Committee portfolio for his office. Prior to working in the Senate, Eric spent more than four years at a DC-based public affairs firm working on a variety of federal and state public policy campaigns, including telecom legislation/regulation. Prior to his work in public affairs, Eric worked for a political training organization in Arlington, VA educating grassroots activists and political candidates on communications skills. Raised in Wisconsin, Eric graduated from the University of Wisconsin Oshkosh where he served as chairman of a campus political organization, a role that would lead to opportunities with two WI Congressional offices. Eric currently resides in Alexandria, VA with his wife Bernadette.
Connect with Eric Slee
Connect with Eric on LinkedIn 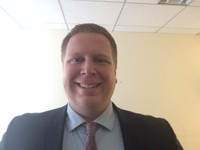 Justin Skvarce ’07 is the Senior Claims Examiner for Cyber and Professional Lines at Arch Insurance Group. He was previously at an Associate Attorney of Gallo Vitucci Klar, LLP, an insurance defense litigation firm located in New York City. Justin is originally from Sheboygan and while at UW Oshkosh he was a member of Pi Sigma Alpha, the National Political Science Honor Society and the National Scholars Honor Society. After graduation, Justin obtained his law degree from the University of Detroit Mercy School of Law. Justin is licensed to practice law in the States of Michigan and New York.

Dr. Kristi Winters ‘96 is a Project Manager for GESIS – Leibniz Institute for the Social Sciences in Cologne, Germany. She was President of the Oshkosh Student Association and a Winnebago County Board Supervisor. After obtaining her degree in Political Science she went on to become a Chief of Staff in the Wisconsin State Senate, received her Masters and Ph.D. in Political Science the United Kingdom, was Senior Research Officer for the 2005 British Election Study and conducted the 2010 Qualitative Election Study of Britain. She has published articles on politics and gender, and electoral behavior.
Connect with Kristi Winters

Bob Krasniewski, a Green Bay native, retired after forty years of sales and marketing management with national and international companies. After retirement he sought to round out his knowledge by auditing classes at UW-Oshkosh. He found the study of political science aided his understanding of life and business. In 2013 he was awarded an Outstanding Returning Adult Student Award by the university. Bob continues to study political science as an active auditing student.
Connect with Bob Krasniewski

Daniel Hofherr ‘08 is a Business Lawyer at Offit Kurman, P.A. in Washington, D.C. Metro Area. He is originally from Brown Deer, Wisconsin. While attending UW Oshkosh, Daniel was a student senator for the college of letters and science and was active in student groups. After graduation, Daniel’s involvement with a nationally recognized think-tank in Washington, DC led him to peruse and earn a degree from the Syracuse University College of Law. Now, Daniel’s practice focuses on corporate, transactional, and general business law.