Mr. Justin Heim completed his Ph.D. degree in business with public administration concentration from Northcentral University, Prescott Valley, AZ.  His dissertation focuses on Perceptions of Organizational Politics in Volunteer Fire Departments. He is a 2011 UW Oshkosh MPA graduate and currently teaches undergraduate and graduate classes for the PA Department at UW Oshkosh.

Phylicia Lee graduated from the MPA program in 2014. She was hired as Administrative Assistant to the Associate Vice President of Academic Affairs and Dean of Faculty at Stonehill College, Easton Massachusetts. In this new role, Ms. Lee is working collaboratively with the administrative assistants to the Provost and the Dean of Academic Achievements, maintaining multiple budgets and file system, preparing faculty contracts and keeping track of teaching loads, maintaining faculty hire and teaching information, and working in conjunction with the Payroll Department to process stipends.

Effective July 1, 2016, Kate McQuillan was appointed full-time as the Special Assistant to the Chancellor. In this role, she will provide leadership, direction, continuity and support for a variety of activities and initiatives. Acting on behalf of Chancellor Leavitt, she will advance key priorities and initiatives such as the work of the Study Groups, the development of an association/organization for retirees, the Workplace Joy initiative and coordination of relations with governance groups and through established meeting and deliberative structures. She will also serve as the University’s Public Records custodian.

Shawn Monroe was Appointed as Global Ethics and Compliance Specialist

September 9, 2015
Ms Shawna Kuether, who graduated from the UW Oshkosh MPA program in 2015, has accepted the position of Deputy Director of Human Resources at UW Oshkosh.

The Northwestern reported that Ms. Cindy Polzin was appointed as the Deputy Chief of Staff for Budget, Legislative and Intergovernmental Affairs in the Office of the Governor of Wisconsin. She graduated from the UW Oshkosh MPA program in 2009.

Agnes Vetinde was Hired as a Site Study Manager

Ms. Agnes Vetinde, who graduated from the MPA program in 2015 Spring semester, has recently accepted an offer to work as a Site Study Manager at Kimberly-Clark. She will be working with the research and engineering to oversee the execution of studies.

John Good was Appointed to the UWO Alumni Board of Directors

Jerry Schuetz was appointed Communications Supervisor at School District of Milton in August 2014. He is responsible for coordinating external and internal communication efforts in the School District of Milton. Jerry Schuetz has been deeply involved in the Milton community. Previously he has served as Chief of Police and City Administrator of the City of Milton. Congratulations!

Christine Kaup was Appointed in the Wisconsin Department of Workforce Development

Christine Kaup was appointed at the Employment & Training Division of the Department of Workforce Development in the Menasha Job Center. She is working with the Trade Adjustment Act (TAA)-approved individuals, as a Coordinator, and she is also in the Resource Room assisting job seekers one day each week.  Christine was pleased to share about the many rewards experienced working directly with the public!

Xiaoang Xing was Admitted in the Doctor of Pharmacy Program

The MPA alumnus, Xiaoang Kevin Xing, was admitted in the Doctor of Pharmacy Program at Concordia University Wisconsin School of Pharmacy. Kevin pursuit the health agency administration emphasis in the MPA program. Congratulations!

Robert Roberts was appointed as the new Director of the UWO Office of Grants and Faculty Development effective July 1, 2013. Mr. Roberts most recently served as Interim Director of the Office of Sponsored Programs, Senior Grants and Project Development Specialist and Criminal Justice Assistant Professor at UW-Platteville. He was previously Dean of Criminal Justice and Executive Director of Federal Relations for Fox Valley Technical College in Appleton. From 1994 through 2000, he served as Chief of Police and Village Administrator in the Village of Waunakee. He served in those same roles in the town of Iron River from 1993 to 1995. Mr. Roberts graduated from the UWO MPA program in Spring 2000. Congratulations!

Kate McQuillan was promoted to Organizational Development Program Manager in UWO Human Resources Department. Ms. McQuillan has previously been a program assistant in the Provost Office. She has been named the recipient of the University of Wisconsin Oshkosh June STAR Award. Congratulations!

Emily McFarland was appointed as the new Alderman for the 1st District in Watertown. Read more… She recently received promotion as the Lead Policy Analyst for the Department of Administration Division of Energy Services. Congratulations!

Kate McQuillan, a program assistant in the UWO Provost Office, has been named the recipient of the University of Wisconsin Oshkosh June STAR Award. Read more…Congratulations!

The Village of Bellevue near Green Bay appointed Town of Buchanan Administrator Angela Gorall, MPA alumna and Stephen Hintz MPA recipient, as its next village administrator.Ms. Gorall has 14 years of public planning experience, including the past six years with Buchanan in the Fox Cities. Congratulations!

Congratulations to Robert Kufrin on his retirement as a Village Administrator of Sister Bay as of June 28, 2013! Robert Kufrin has a 37-year career in municipal administration, including nine years as Sister Bay’s administrator.  During his tenure as administrator, Kufrin oversaw the expansion of the sports complex, the construction of Waterfront Park and the expansion of the marina. He also improved the village’s budgeting procedures and oversaw the introduction of the village website and intranet site. Congratulations again!

Steve Volkert has resigned his position as administrator of the Village of Winneconne and will begin his new role as an Assistant City Administrator in West Bend on February 11, 2013. He will be overseeing clerical, assessor, city clerk, human resources, public access TV and other city operations. Congratulations!

The Green Bay Area Chamber of Commerce named their young professionals Future 15 for 2013. Among the 15 is Patrick Wetzel, a Brown County supervisor and personnel and benefits coordinator for the village of Ashwaubenon. The group was honored at a January 24 event at the Hyatt on Main. The Future 15 will be profiled in a special interest in Sunday’s paper. Congratulations!

On January 23, 2013, the Brown County Board said goodbye to Ashwaubenon Supervisor Patrick Wetzel, who was hired as a City Manager of Weyauwega.Patrick noted in an e-mail, “…Undoubtedly, I wouldn’t be in this position without getting to the UWO MPA program.” Congratulations!

Kirwins Charles was Accepted in a Ph.D. Program

The MPA Alumnus, Kirwins Charles, is a first year Ph.D. student in Public Policy at the School of Policy and Administration at Carleton University, Ottawa, Ontario, Canada. His area of interest focuses on international development and Haiti. He would like to explore strategic ways that public policy can be used as a tool to enhance effectiveness, equality, dignity, and the quality of life of the Haitian people. We congratulate him and wish him lots of success in the doctoral program!

The Passing of Kim Mooney

It is with deep sadness that the PA Department announces the passing of alumna Kim Mooney. She passed away at her Fond du Lac home late Sunday, July 22, 2012. Kim Mooney has graduated from the MPA program in Spring 2009. She was an outstanding student and committed and caring administrator. Kim has served as Fond du Lac County Social Services Director since August 2006.  She had oversight of numerous department programs that ensured the safety, self-sufficiency and well-being of individuals and families. Kim believed that she could make a difference to people she served. She will be dearly missed.

The MPA alumnus Jeffrey Lawrence has recently started a new job at the entry level as a Budget and Policy Analyst for the State of Wisconsin Department of Administration in the Bureau of State Budget Office, Executive Budget and Finance Division, Health Services and Insurance Section. Congratulations!

Shawn Monroe helps fellow veterans navigate their educational journeys as UWO’s new Veterans Resource Center (VRC) Coordinator. Shawn is an Iraq War Veteran and a 2012 graduate of UWO. Before joining the UWO VRC, Shawn worked for the Department of Veterans Affairs as an OEF/OIF peer counselor and as a PTSD program assistant at the Madison VA hospital. Shawn is a member of the Veterans of Foreign Affairs, Disabled American Veterans, Military Order of the Purple Heart and the Iraq and Afganistan Veterans of America. Congratulations! 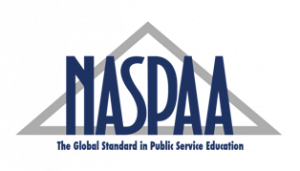