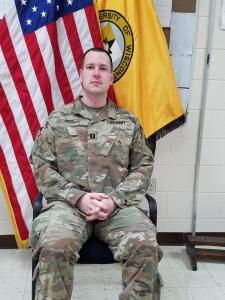 His current assignment at RIPON where he serves as the Senior Military Instructor for the Fox Valley ROTC Battalion. 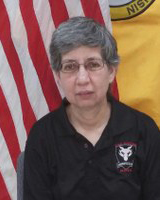 My hometown was Montello, WI.  I attended the Univ of WI-Platteville receiving a Bachelor of Science degree in Agricultural Business in 1989.  I was commissioned a 2LT in the Adjutant General Corps in the U.S. Army Reserves in December 1989.

I worked for several agricultural companies as a sale representative or a feed plant manager for ten years, prior to joining the Dept of the Army as a government employee. I worked as a Military Technician with the 84th Division and the 88th Training Command prior to leaving the US Army Reserves and becoming a Dept of the Army Civilian Employee. 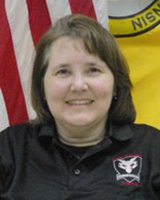 Since I grew up in a military family, I didn’t have a permanent hometown until moving to Wisconsin in 1996. I have a bachelor’s degree from Illinois Wesleyan University and a master’s degree from Illinois State University. Most of my work experience was in the Human Resources field. I have worked at UW Oshkosh for over fifteen years, with over twelve of those years at Army ROTC as the University Services Program Associate (the office manager and guru of all things UW Oshkosh) but I spend the majority of my time guiding cadets through ROTC, ensuring that they contract, graduate, and commission in a timely manner. It is rewarding to see our cadets develop their leadership and communication skills. At home, I enjoy spending time outdoors with my husband and our two dogs.