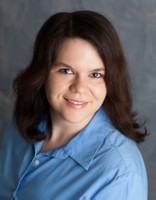 Caryn Murphy teaches courses in film and television history and criticism, including History of Cinema, Radio, and TV and Race, Class, and Gender in Mass Media. Her research focuses on constructions of identity in the media, and her recent projects examine gender and race in 1960s television. Her work has been published in the Journal of Popular Culture, the Historical Journal of Film, Radio and Television, the Journal of Screenwriting, and Media History. Her work on television also appears in edited collections including From Networks to Netflix, Children, Youth, and American Television, and Saturday Night Live and American Television. She serves as the Reviews Editor for the Journal of Children in Popular Culture. She received the Edward Penson Distinguished Teaching Award in 2014, and the Edward Penson Faculty Award in 2020.