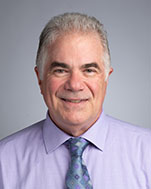 During his years as a professor in the Radio TV Film department, Douglas Heil taught courses in media aesthetics, narrative scriptwriting, narrative film production, educational and corporate media, and career preparation. He has twice received the UW-System Regents Teaching Excellence Award — first as an individual and more recently as a member of the RTF Department — and at UW Oshkosh, he has been awarded the John McNaughton Rosebush Professorship, the Distinguished Teaching Award and the TRISS Endowed Professorship.

He was also writer/producer/director/cinematographer/editor/composer for the short film So Much That We Share, which won the Silver Award for Best Community Relations Video at the Quasar Awards in New York City. In addition, he was writer/producer for the short film The Story of the Cat, which won over 10 awards and aired on HBO, Cinemax and Showtime. Seven songs from his musical Jason & Media: What Really Happened have received citations at national songwriting competitions. His satire “Obnoxious Obfuscation” has also received a national citation.

Heil will continue to be a support resource for the RTF program and RTF students.