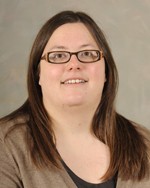 Justine spent the majority of her youth in rural Nebraska pretending to be Indiana Jones. She wanted to follow his example and become a famous archaeologist. A chance audition for a children’s theatre production of “Wizard of Oz,” lead to her first taste of show business. In the role of Dorothy, Justine realized it wasn’t the archeology she wanted to pursue but the movies themselves. Dropping her science and history books, she took up theatre. At 16, she directed her very first theatre production, and in college declared theatre her major. Once on campus, she broadened her horizons, directing various productions for theatre, radio, television and film.

Following college, Justine spent the next five years as a stage manager for various summer productions of Shakespeare’s comedies. She also began work at KTIV News Channel 4, the NBC affiliate in Sioux City, Iowa. During her tenure, she held multiple production posts including senior director. While not directing new, sports, commercials, quiz shows, telethons, parades and debates, Justine would occasional dress up as the NBC peacock during hockey games. Eventually, Justine left television to pursue a master’s degree in communication at Miami University (of Ohio, not Florida). While procrastinating on her thesis concerning the Dixie Chicks, Justine moved into directing short films and documentaries. She produced and directed the short video Affinity, which won Honorable Mention at the 2007 Wonder Women Film Competition in New York City. In 2009, Affinity won AfterElton.com’s Inaugural Short Film Competition. Most recently, Justine premiered her stop-motion poetic documentary [Re]constructing Girl at the 2010 Reimagining Girlhood Conference in New York.

As Titan TV General Manager at the University of Wisconsin Oshkosh her time is spent both teaching television production courses and advising the award-winning campus television station, Titan TV. In the fall of 2011, the Academy of Television Arts and Sciences Foundation selected Justine as a 2011 Faculty Seminar Fellow. During her weeklong trip to Los Angeles, Justine met with various members of the television industry including show runners, editors and cinematographers. The highlight was a chance encounter with Betty White on the CBS Radford Studios lot. In 2012, Justine will be working with students to create a media training workshop for area Girl Scouts, giving girls in the area an opportunity to write and direct their own short films.