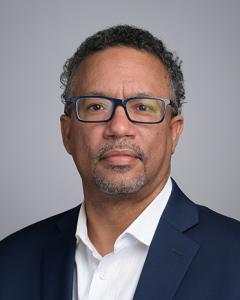 Wendell Ray has been involved in broadcasting since he interned for a local radio station as a reporter at age 17. Since then, he has excelled both in front of and behind the mic.

Ray, an Indiana University graduate, was born and raised in Indianapolis. He began his broadcasting career as a reporter for WTLC radio. At WTLC, Ray earned ten 1st place awards for reporting from AP, UPI, and Society of Professional Journalists. He received awards for Best Feature, Best Investigative, Best Documentary, Best General News and Best Spot News reporting. He has also been recognized for his strong media work by several community organizations and the City of Indianapolis.

After leading the nation’s largest PBS Kids event, for WFYI TV and Radio, Ray was asked to be a workshop presenter at the 2006 NPR National Development Conference in Washington DC on “Branding Through Special Events”.

Ray has narrated television projects distributed to The Learning Channel, PBS, and A&E.

Ray began teaching as an instructor of Radio and Television courses at the Illinois Center for Broadcasting (now, the Illinois Media School) Lombard campus and within three years was promoted to Education Director of the system’s largest campus located in Chicago.

Ray is married to Falisa, has two sons and holds an MBA from Indiana Wesleyan University. In addition to broadcasting, he enjoys sports, movies and a casual bike ride.