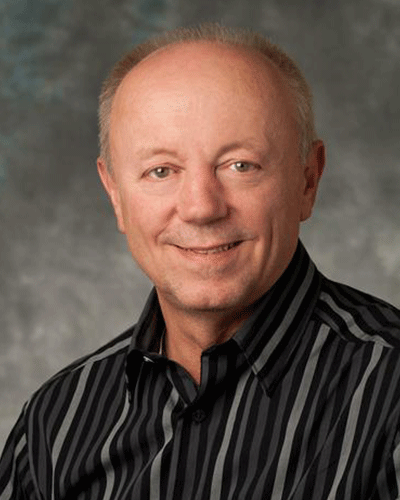 Courses: Lighting and Sound, Props for the Theatre, Stagecraft

Mark is originally a native of North Dakota and exited to serve as the Technical Director and designer at UW Oshkosh. Before joining the UW Oshkosh Theatre Department he worked and taught at several Midwest colleges and universities. He received his Master of Fine Arts degree at MSU-Mankato and BA degrees in Michigan and North Dakota. For nearly two decades he ran a geophysical engineering company in the Midwest and previously worked in tourism and on the family farm. In a more trivial vein, he was once a guest on NPR’s “Car Talk” and was the first person to canoe from source-to-sea on the Missouri and Mississippi Rivers.  In the past 25+ years he has worked on nearly 200 productions in capacities ranging from actor and director to designer, publicist and technician.  He enjoys camping, canoeing, astronomy, reading the classics, scientific inquiry, music and several other hobbies.  He most enjoys working with young people and helping pass along his love of the arts and sciences to a new generation.