If you wish to file a Title IX compliant you can do so online here.  If you wish to talk to someone in person or have any questions about the complaint process please contact the Title IX Coordinator or deputies.

When a report is made to more than one office on campus, the offices will endeavor to cooperate as they are able.  Attempts will be made to limit the number of times a complainant or respondent is required to repeat information about the allegations.

The offices and individuals receiving a report of sexual assault or sexual harassment will endeavor to resolve the matter in a timely manner, with consideration to available information and context.

Complaint Process – Respondent is a Student

The University uses the nonacademic student disciplinary procedures described in Chapter 17 of the UW System administrative code to address allegations of sex discrimination, sexual harassment, sexual assault, dating violence, domestic violence and stalking made against University students. All cases are investigated in a prompt, fair, and impartial manner.

When a report is made to the Title IX Coordinator alleging that a student has engaged in an act of sexual violence or sexual harassment, the procedures linked here apply.

There are three stages an investigation into an allegation of sex discrimination, sexual harassment, sexual assault, dating violence, domestic violence, or stalking might include. These are: the investigation stage, the hearing stage and the post-hearing and appeal stage. Not every case will include all three stages but some cases will. A summary of each of these stages is presented below.

If a report is received alleging that a student has engaged in conduct that may violate UWS Chapter 17 as it applies to Title IX, including sex discrimination, sexual harassment, sexual assault, dating violence, domestic violence, and/or stalking, the information will be provided to the Title IX Coordinator. In such cases, the allegations are investigated by the Dean of Students office.

Once this investigation is complete, the investigator will prepare a report outlining the information gathered during the investigation. Both the complainant and the respondent are afforded an opportunity to review the report for accuracy before it is submitted.

The report is then submitted and the information in the report is reviewed to determine whether any violation of UWS Chapter 17 occurred. Once a decision has been reached, the Dean of Students staff member sends a letter to both the complainant and the respondent outlining the findings and, where applicable, the recommended sanction(s).

If it is determined the student respondent is not responsible for the alleged misconduct by a preponderance of the evidence:

Upon receiving a timely written appeal of a “no preponderance” determination, the Chief Administrative Officer will notify the student respondent.

(a) The information in the record does not support the findings or decision;

(b) Appropriate procedures were not followed which resulted in material prejudice to the student respondent or complainant; or

(c) The decision was based on factors proscribed by state or federal law.

The written decision will be simultaneously sent to the complainant and the respondent. If the determination of “no preponderance” is reversed, the chancellor or designee may: send the case back for further investigation, send the case back for hearing, or order other appropriate relief not inconsistent with the Wisconsin Administrative Code (UWS) Chapter 17.

If it is determined that the preponderance of the evidence supports a finding that misconduct occurred:

At the University’s discreation, hearings for cases involving allegations of sexual harassment, sexual assault, dating/domestic violence, and stalking are conducted via a hearing examiner.

No less than 5 days before the hearing, DOS provides to the hearing examiner, in writing, a full explanation of the facts upon which the determination of misconduct was based. DOS also provides the respondent and complainant access to or copies of DOS’s explanation for the findings from the investigation stage, together with any other materials provided to the examiner by DOS the investigating officer. [Note: Information about the complainant’s or respondent’s past disciplinary history, if any, will not be shared with the opposite party unless permitted by the Family Educational Rights and Privacy Act (FERPA).]

In any hearing (whether by student request or automatically scheduled) the complainant and the respondent maintain the right to be accompanied by a support person, including the right to be advised by counsel at their own expense, the right to question witnesses, and the right to obtain a copy of the audio recording of the hearing.

As per UWS Chapter 17.12(4)(b), at all times, the respondent shall have the opportunity to hear and respond to the information presented against them and be afforded the opportunity to present questions to adverse witnesses, including the complainant.

Hearing procedures may be modified to allow the complainant to provide information in a manner that does not require direct interaction with the respondent. Such modifications may include, but are not limited to, having the complainant and respondent pose questions to each other through their respective advisors or through the hearing examiner.

Only material witnesses may address a hearing examiner. Character statements may be included in written materials considered by the examiner.

A support person is permitted to speak at the hearing only if the sanction recommended is suspension, expulsion, or if there is a concurrent criminal case.

The examiner determines, by using a preponderance of the evidence standard, whether or not the respondent is responsible for violating UWS Chapter 17 and, if so, what sanctions will be imposed.

The complainant and the respondent are notified in writing of the result of the disciplinary hearing and the procedures for appeal. The parties also receive written notification of any change in the result that subsequently occurs and when the results become final.

If the complainant or respondent want a written transcript of the proceedings, they may have one prepared at their own expense.

Both the complainant and student respondent may appeal in writing to the chancellor within 14 days of the date of the decision of the hearing examiner. The appeal is based upon the record. The other party will be notified of an appeal.

The appeal decision will be communicated in writing to the respondent and the complainant.

The standard of proof required in cases raising allegations of sex discrimination, sexual harassment, sexual assault, dating violence, domestic violence or stalking is the preponderance of the evidence standard. Under this standard, it must be more probably true than not true that the alleged misconduct occurred for any disciplinary action to be taken.

Prior to the start of an investigation, the Dean of Students Office will provide the complainant with written notification of existing counseling, health, mental health, victim advocacy, available both on campus and in the community, along with a written explanation of the complainant’s rights and options. The complainant does not have to agree to participate in the disciplinary process to access these services.

Note: Throughout this process, both the complainant and the respondent have the right to be accompanied to interviews, meetings and hearings by a support person of their choosing, and the University will not limit the choice of support person.

If you believe you have been subjected to sex discrimination, sexual harassment, sexual assault, dating violence, domestic violence or stalking by a University employee and you want the University to conduct an investigation, please contact the Title IX Coordinator.

Complaint against a faculty member:

When a report is made to the Title IX Coordinator alleging that a faculty member has engaged in an act of sexual violence or sexual harassment, the procedures linked here apply.

Complaint against an academic staff member:

When a report is made to the Title IX Coordinator alleging that a member of the academic staff has engaged in an act of sexual violence or sexual harassment, the procedures linked here apply.

Chapter UWS 11 Dismissal of Academic Staff for Cause

Complaint against a university staff member:

When a report is made to the Title IX Coordinator alleging that a member of the university staff  has engaged in an act of sexual violence or sexual harassment, the procedures linked here apply. 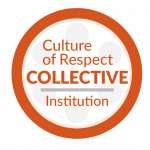