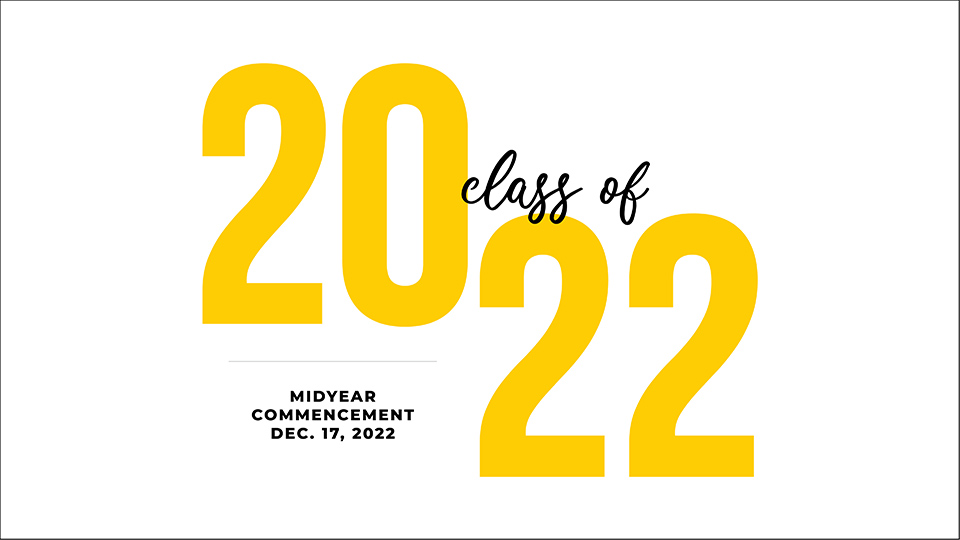 The fall semester concludes this week and a new wave of graduates head off to new adventures. Here’s a breakdown of what to expect as UWO recognizes this latest class and their accomplishments. 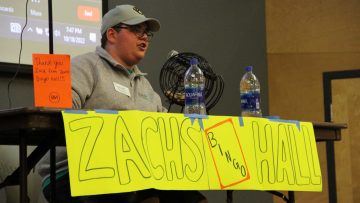 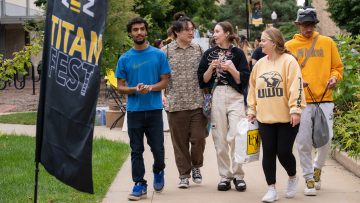 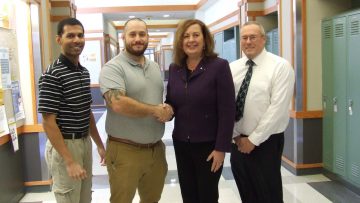 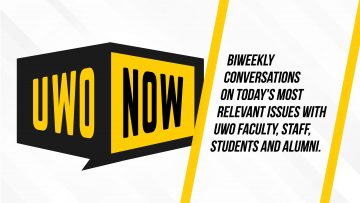 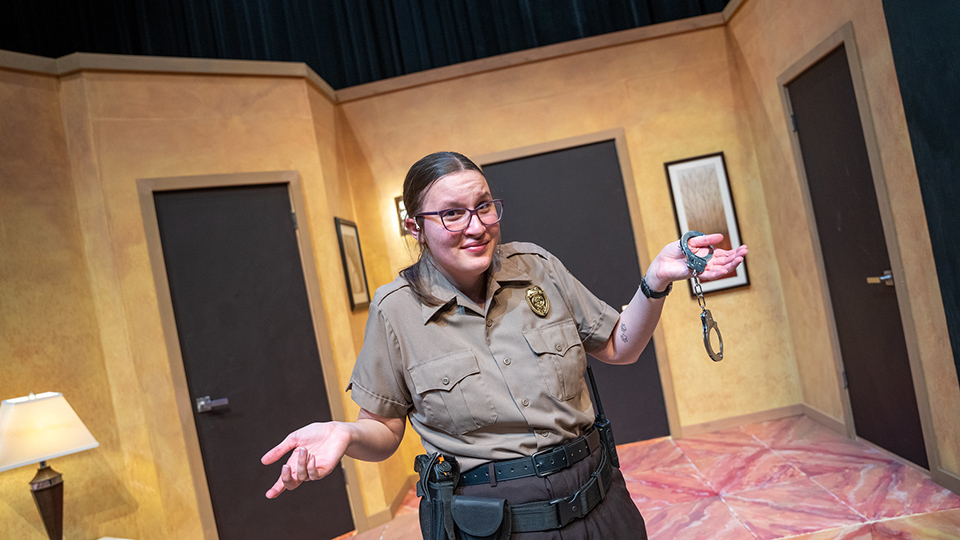 Unnecessary Farce, a comedy by Paul Slade Smith, opens the University of Wisconsin Oshkosh, Fox Cities campus theatre season Thursday at Perry Hall in the Communications Art Center. The story features an embezzling mayor and his accountant, a couple of undercover cops and several crooks.

Here are photos from this week’s rehearsal, which had the cast masked as a dress rehearsal precaution. (They will not be masked during performances.) 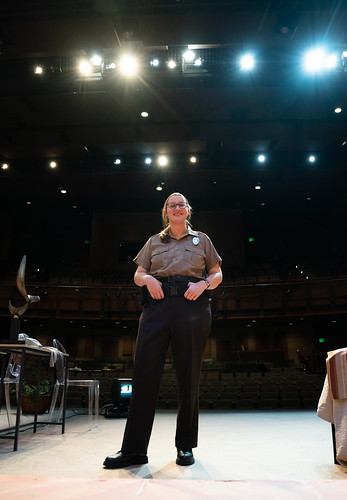 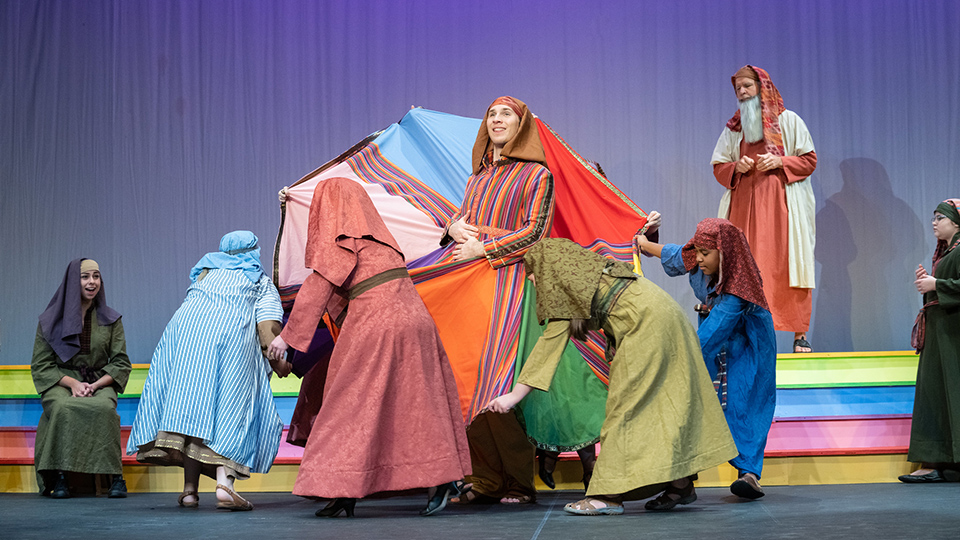 Tickets are available to purchase 1-4 p.m. Monday-Friday. General admission tickets also will be available at the door beginning one hour before each performance (cash or check only). Tickets are $15 for the general public, $10 seniors, faculty and staff, and $5 students and children. 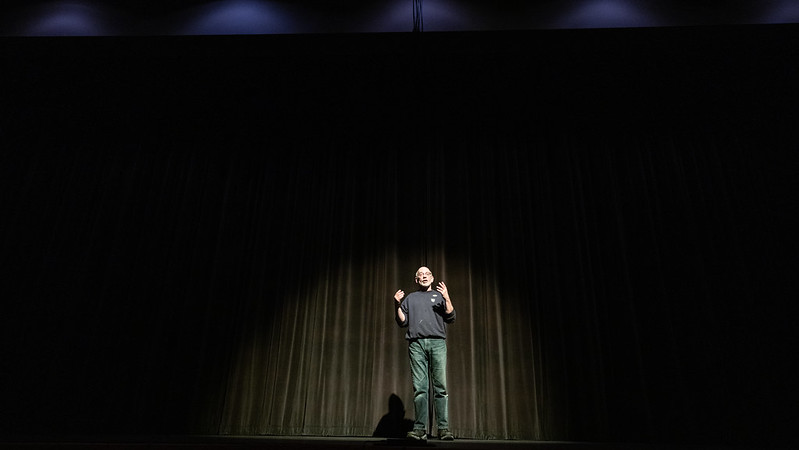 Here’s the Joseph and the Amazing Technicolor Dreamcoat performance schedule: 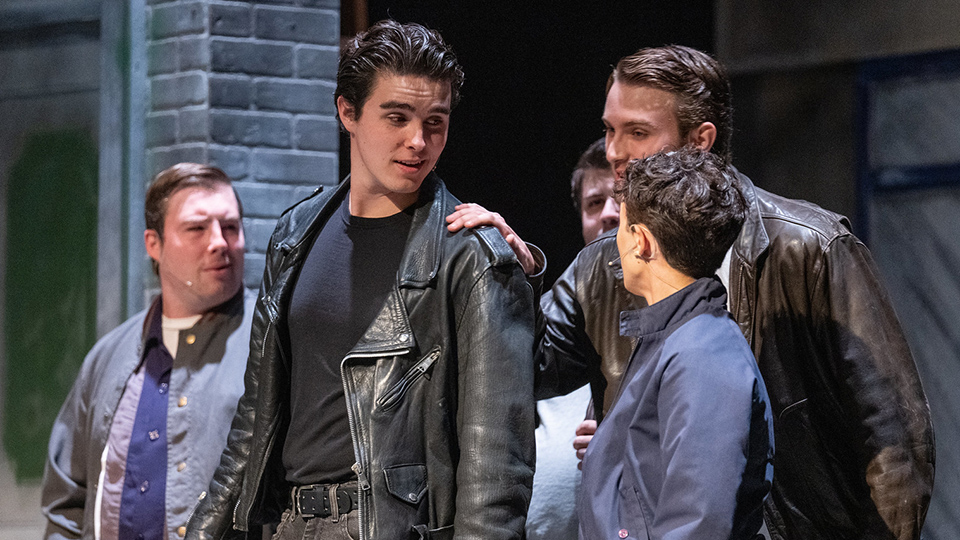 The University of Wisconsin Oshkosh theatre department opened the 2022-23 season this week with the staging of the musical Grease in the Theatre Arts Center on the Oshkosh campus.

Grease opened Thursday and continues with shows at 7:30 p.m. Friday and Saturday; and 5 and 2 p.m. Sunday. Tickets are available at uwosh.edu/theatre/productions. 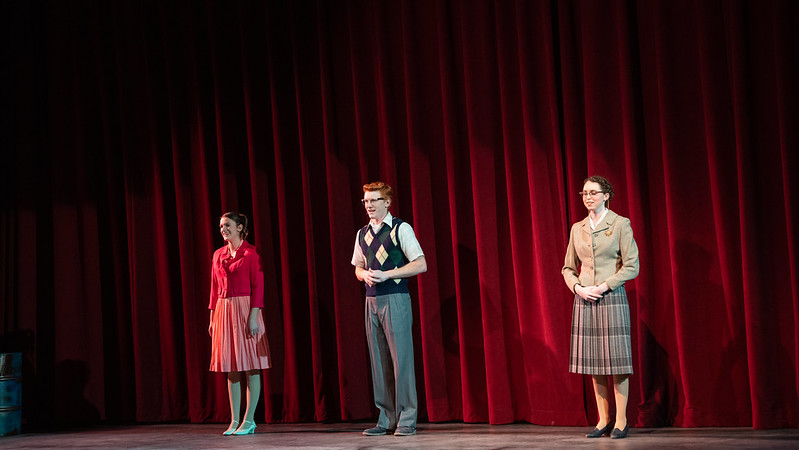 Here’s a look at the rest of the theatre season schedule: 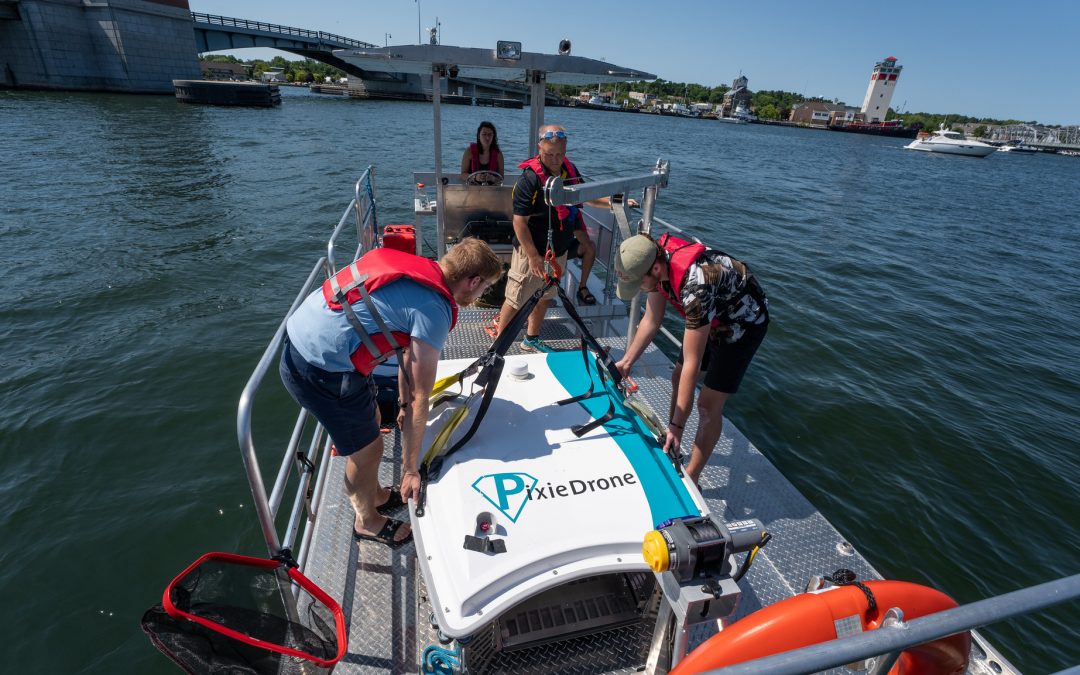 Students from the University of Wisconsin Oshkosh and other UW System schools took to  Lake Michigan this summer to clean up trash in the water and along the shorelines in a new trash skimmer boat and remote controlled drone purchased with funding from the U.S. Environmental Protection Agency (EPA).

The large project aimed at preserving water resources critical to the vitality of key Wisconsin communities also involves the Freshwater Collaborative of Wisconsin and collaboration with the Council of the Great Lakes Region National Oceanic and Atmospheric Administration’s marine debris project. 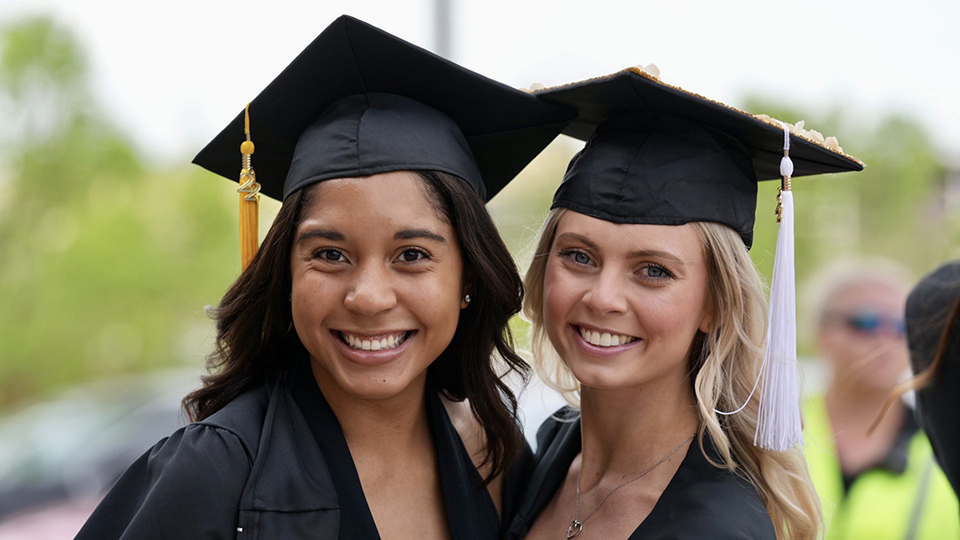 The University of Wisconsin Oshkosh concluded another academic year with its 148th spring commencement Saturday in Kolf Sports Center on the Oshkosh campus. Nearly 1,500 undergraduate and graduate students from the University’s three campuses were recognized for their academic achievements. 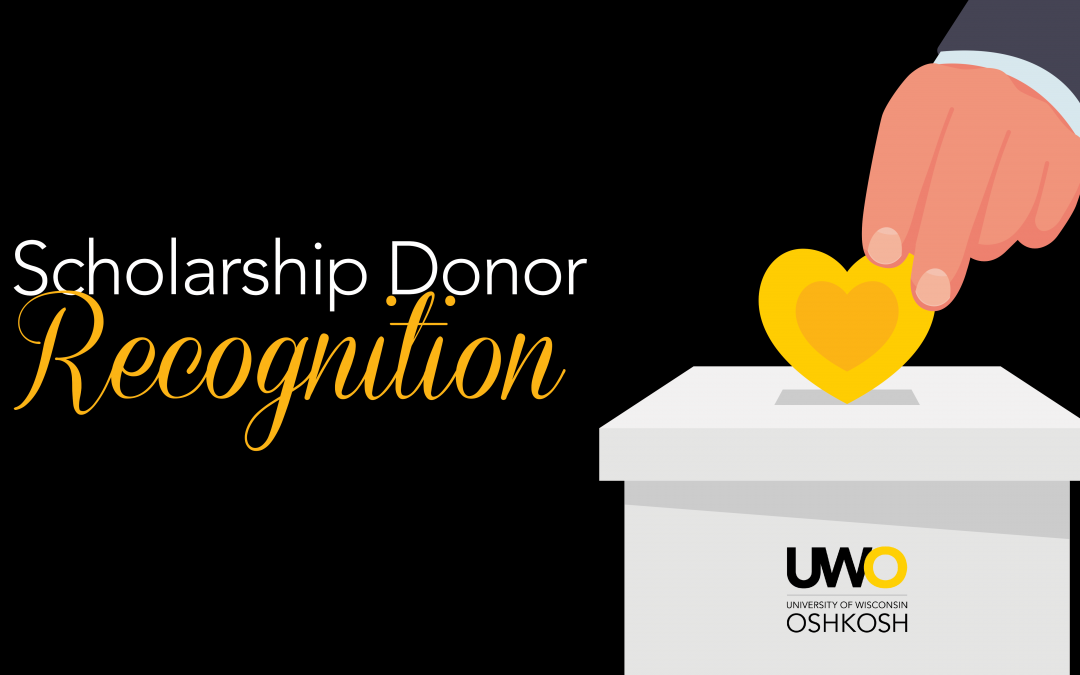 UWO thanks donors for supporting its students

Today’s students face rising living expenses and other financial challenges. More and more, they rely on scholarships to continue their education. Thanks to our donors’ support, we’ve awarded over $1.5 million in scholarships and awards during the 2021-22 academic year.

The impact that these scholarships and awards have had on our students is vast and long-lasting. None of this could have happened without the generosity of our donors.

We are excited to share this message from Chancellor Andrew Leavitt and a few of our award recipients.

The University of Wisconsin Oshkosh College of Nursing (CON) and Board of Visitors will recognize several outstanding nurses and nurse leaders at the Nightingale Awards Dinner, set for April 20 at the Culver Family Welcome Center.

Nominations for nurses will be accepted through Jan. 31 for the Nightingale Award for Excellence in Nursing Practice. Staff-level registered nurses (RN) or licensed practical nurses (LPN) actively employed in Wisconsin who demonstrate clinical excellence and spend the majority of their time in patient care are eligible.

Nominations for nurse leaders will be accepted through Jan. 31 for the Nightingale Nurse Leader Award. Nurse leaders who demonstrate exceptional leadership, guidance and service to their healthcare organizations and to the profession of nursing within the state of Wisconsin are eligible.

Nominations can be submitted by colleagues, other healthcare providers, patients, clients, the general public or self-nomination. Nominees do not need to be UW Oshkosh alumni to be considered for the award.

Winners of the Nightingale Award for Excellence in Nursing Practice and the Nightingale Nurse Leader Award will be announced during the event. They will receive a commemorative award for their outstanding contributions to the nursing profession, as well as a $1,000 scholarship. 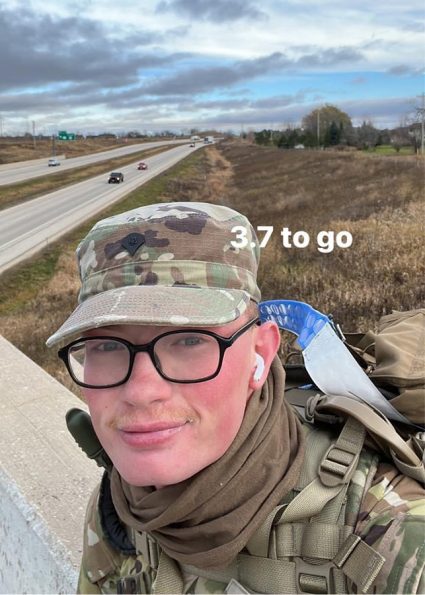 A University of Wisconsin Oshkosh, Fond du Lac campus student-soldier marched 14 miles to school with a 50-pound pack as he considered his service to the country on Veterans Day.

Matt Toeller left his home in Eden at 5:30 a.m. Nov. 11 as he made his way on a route that brought him to County Trunk V and eventually to Fond du Lac Avenue/U.S. Highway 45 on the southeast entrance to the city of Fond du Lac. He continued the ruck march with the heavy pack on his back to Johnson Street and finally to Campus Drive.

“I have served in the Army for five years—three years active duty in California and two years here as a Reservist,” Toeller said, adding that it was the first time he’s rucked to that extent in three years. “I did it for Veterans Day, to get back to the experience, and to sort of relive what it was like just rucking, and to kind of think about how my service to this country matters.”

Toeller is in his first year working toward an associate degree at the Fond du Lac campus. He is still undecided on a major as he moves toward a bachelor’s degree.

He earned a diploma at the Challenge Academy at Fort McCoy and a high school diploma from Campbellsport High School.

He began military training at Fort Benning, Georgia, as an infantryman, followed by three years at Fort Irwin, considered a top Army training facility in San Bernardino County, California. Interestingly, during a portion of his time at Fort Irwin’s Armored Calvary Regiment, he was part of a horse detachment—a special ceremonial unit tasked with preserving the history and traditions of the original mounted Calvary Troopers—and trained other soldiers in horse-riding.

After his tour at Fort Irwin, he joined the Army Reserve’s 102nd MP (military police) company based in Fond du Lac. He trained at Fort Hunter Liggett, a specialized training center in California, to become a military police officer.

The Specialist (E4) is hopeful to earn his Sergeant (E5) rank in the near future.

“Service members like Matt are a great reminder that most of us join and serve of our own accord without the need for recognition or praise,” said Aaron Kloss, Veterans Resource Center coordinator. “Rather than asking what he can do to honor veterans or waiting for someone else to take the lead, Matt took the initiative and set a great example for the rest of us to follow.”

Rob Clancy, who works in Information Technology at the University of Wisconsin Oshkosh, has been named the recipient of the November 2022 STAR Award.

“Rob Clancy is a stellar employee. When the campus switched from D2L to Canvas, Rob Clancy and Brian Ledwell ran education sessions to teach us the basics of the new classroom management software.

“Rob was unfailingly patient and informative and he calmly educated faculty of all skill levels, listening patiently to our concerns and invited us to contact him outside of class time with questions and issues.

“Rob’s helpfulness stepped up even more during the COVID-19 pandemic. Rob has met with us in-person, virtually and via e mail to teach us how to post virtual lectures, assignments and quizzes. Again, in every circumstance, Rob was knowledgeable, helpful, and patient.

“Additionally, there have been countless times that Rob has ‘saved’ us in face-to-face classroom situations in which the UWO media equipment consternates us. He shows up quickly and he calmly works through the issue, using the situation as a teaching moment to show frazzled faculty what to do when things don’t work. In every instance he invites us to contact him if there are any more problems. We wish that our campus had 10 Rob Clancys, but since we don’t, we treasure the one Rob Clancy that we do have.”

Each energy-saving pack ordered resulted in points earned for the school. In total, UW Oshkosh students and staff ordered over 240 kits, which reduced their energy use by over 14,000 kWh. This is the equivalent of saving the greenhouse gas emissions from two gasoline-powered cars driven for an entire year.

“Our campus had a great time participating in this challenge,” said Brad Spanbauer, UWO sustainability director. “Any way we can be good stewards of our resources and educate future generations on ways to lower their monthly water and electric bills will go a long way in creating a cultural environment where sustainability is at the forefront.”

In addition to the energy savings UWO received, Focus on Energy is providing the University with a check for $5,000 that will go towards energy efficiency-related projects on campus.

“The goal of this competition was to bring greater awareness to making smart energy choices,” said Bill Plamann, a Focus on Energy energy adviser. “For some, this challenge might be the first step in their energy savings journey. Understanding the charges behind your utility bills will ultimately lay the foundation for better managing future energy consumption.”

What’s new: The University of Wisconsin Oshkosh College of Business now offers classes that lead to a Master of Business Administration (MBA) degree on the Fox Cities campus.

What they’re saying: “We are thrilled that the College of Business is extending its resources to the Fox Cities campus in bringing its highly regarded MBA program to us,” said Martin Rudd, assistant chancellor for access campuses.

Bottom line: The Menasha location, not far from major highway systems running through the heart of the Fox Valley, makes the Fox Cities campus convenient for students seeking an Association to Advance Collegiate Schools of Business-accredited business education. It’s another example of UWO continuing to explore ways to offer its degrees, certificates and other valuable credentials throughout the region and beyond.

By Area of Study: