His next step was to try and prove it.

Wright, who in 2009 earned a criminal justice degree from the University of Wisconsin Oshkosh, is the founder of Dynamic Family Solutions, which creates educational content for children and teens caught up in critical, life-altering situations. In 2018 he launched a social media and sexting intervention program with the aim of teaching young people some of the psychology behind the behavior and the problems it can lead to.

Between consenting adults, the sharing of nude photos—or what’s now casually called “sexting”—is generally not illegal. But when it’s happening between people under the age of 18, under the law it’s considered child pornography and constitutes a crime. Since it’s a relatively new problem that came about with the rise of the smartphone, the best ways for adults react remain muddled. One option is to direct it to the juvenile courts, which could lead to very serious consequences. Wright created his program to create another path forward.

The early returns to his intervention strategy seemed positive—but he wanted to see if he could find more tangible evidence. That’s where his contacts in the UW Oshkosh criminal justice department came in. 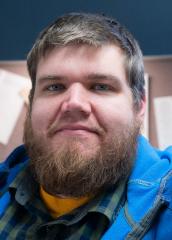 “As an alumni and graduate from UWO, I really couldn’t think of anywhere else I wanted to go or turn to,” Wright said.

Wright approached his alma mater in hopes they could plan out and execute an evaluation of the program. And upon learning about what he was doing, the folks in the criminal justice department were happy to get involved.

“He had this unique approach to coming at the problem and I was sure because it was so unique it was never going to work,” remembered Matt Richie, an assistant criminal justice professor who, along with professors Vicky Beck and David Jones, agreed to take on the project. “I thought it was almost too promising. It was too innovative to work.”

The educators decided Wright would give each of the students who pass through the program the same 20-question test before and after. The questions hopefully would give insight to any changes in thinking. During the evaluation period, about 60 students went through the program—after being referred by school resource officers and courts in two counties—and completed both the pre- and post-tests.

The conclusions on several topics were clear. The subjects were reporting an increased sense of self-worth, a better understanding of the role advertising and media has on perceptions and expectations and a firmer grasp on perpetrator mentality concepts.

Based on the increased self-worth alone, Richie said, showed the program has value.

“My thought was that any program that will make kids feel better about themselves is worth its weight in gold,” Richie said. 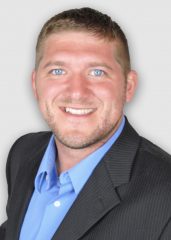 Another key aspect is the way students are educated about how mass media—whether it be advertising, movies and TV shows or social media content—are constantly trying to get in the heads of consumers. Beer commercials, for instance, are often trying to sell not just their product but the image and experience their product represents. Those images stick in young people’s minds and set expectations. Buy this brand of beer and you’ll have this kind of life—expensive things, beautiful people and smiles all around.

The lessons on that kind of manipulation are all part of Wright’s program designed to explain the motivations behind the behaviors—and not just simply preaching abstinence.

Over the summer, Beck, Richie, Jones and Wright published their article Social Media and Sexting Intervention: A New Juvenile Diversion Program in Justice Evaluation Journal. They also presented their research at the Midwest Criminal Justice Association’s annual meeting last month in Chicago. (That same association also named Wright the 2021 practitioner of the year.)

The article’s abstract ends with a summer of the authors’ takeaways: “Overall, the results of the assessment indicate that the program is educationally promising. Perhaps just as importantly, the program protects adolescents from an overly punitive justice system.”

“To see the results and to know that your program is effectively making a difference and having an impact on youth is truly transformative,” Wright said. “I have learned so much from this process and continue to just be amazed as to what has all come from this collaboration.”