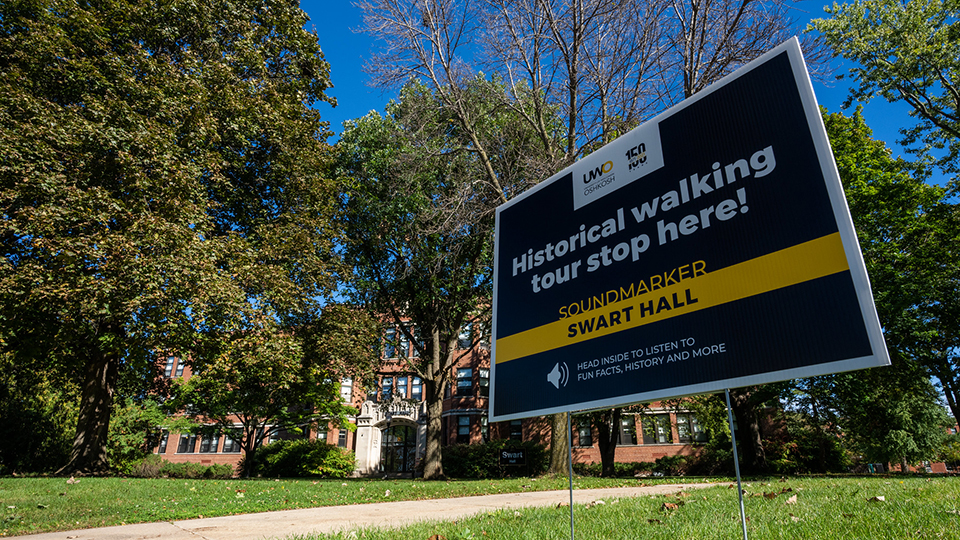 Those returning to the University of Wisconsin Oshkosh this fall—including this week for the 100th anniversary of Homecoming—can get a historical tour of campus with a guide of sorts right in their pocket.

As part of the sesquicentennial celebration, the University launched Soundmarkers, a walking tour of the Oshkosh campus with an audio component easily accessed through a smartphone. How it works is simple: At the entrances to 14 prominent campus buildings are posters with QR codes that can be scanned to initiate a short bit of history on the location and its namesake.

The storytelling project was led by Joshua Ranger, University archivist and head of public services, who found inspiration from a similar endeavor that launched about five years ago in La Crosse.

Ranger serves on the board of the nonprofit Wisconsin Humanities, an independent affiliate of the National Endowment for the Humanities. That organization funded a project called Hear, Here, which involved the sprinkling of signs around the city. Each sign includes a phone number, so users can dial it up to hear a brief bit of history specific to that location. 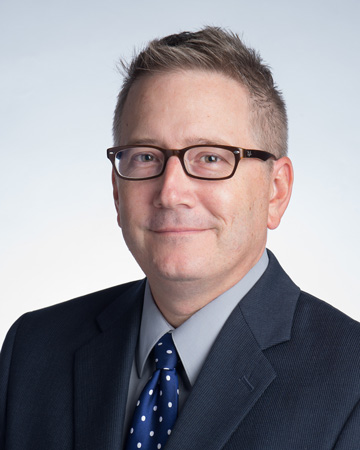 That idea was spun into a campus project that brought together employees from the Polk Library, University Marketing and Communications and the radio TV film department. Work began before the start of the pandemic and launched in time for the Sesquicentennial Community Celebration in September.

On that special occasion marking the 150th anniversary, Ranger said it was a thrill to see all the hard work from different parts of the University come together.

“My favorite part of this has been at the Sept. 12 event, somebody came up to me and I didn’t know who they were, but they asked me about it,” Ranger said. “And I showed them the sign and what to look for and they were like, ‘Awesome!’ and off they went.”

The smooth voice delivering historical information in doses of about 90 seconds may sound familiar to the UW Oshkosh community. That’s because it’s that of Randall Davidson, now senior lecturer emeritus, who was the director of radio services at UWO from 2008 until his retirement in 2020. A veteran of the radio industry with decades of experience, Davidson’s voice was a regular on the campus station WRST-FM in recent years and on Wisconsin Public Radio before that.

Davidson took existing written historical information and pared it down to short but engaging clips, a skill Ranger joked was a “superpower” of the longtime radio professional.

“I really enjoyed how he was able to condense a sprawling narrative,” Ranger said. “It was important to him to capture a little bit of the place and the namesake of the building when that was appropriate. And what he did was great.”

The tour includes stops at 14 buildings, including Albee, Dempsey and Sage halls to the Kolf Sports Center and Student Recreation and Wellness Center. Each building entrance has a poster with a scannable QR code. When a user points their smartphone camera at the QR code, it will bring up a prompt to access the Soundmarkers website and play the related audio clip.

The Soundmarkers website, which includes the audio clips for all of the featured locations in one place, is at uwosh.edu/150/soundmarkers. Those unable to trek from building to building in Oshkosh can browse the clips at their leisure. After all, as Ranger put it: “The most important thing is people hear the stories.”