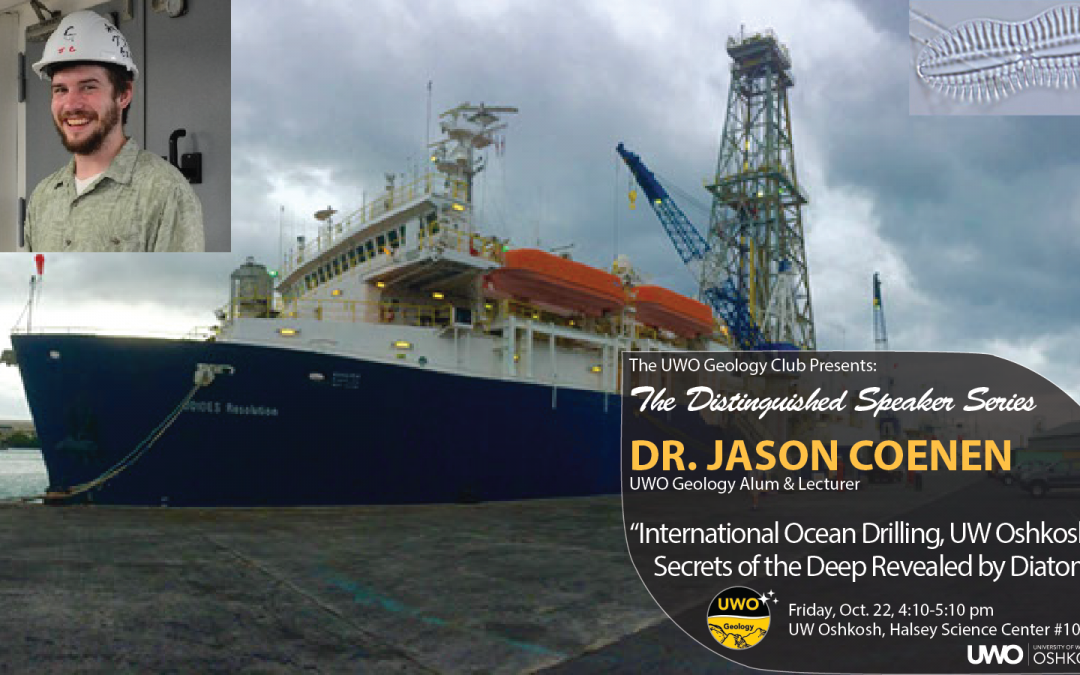 University of Wisconsin Oshkosh geologists have long ties to the study of deep sea drilling. UW Oshkosh lecturer and alumnus Jason Coenen ’13, will offer a review of the International Ocean Drilling Program at 4:10 p.m. Friday, Oct. 22 in Room 109 of the Halsey Science Center on the Oshkosh campus.

The event is part of the Distinguished Speaker Series presented by the UWO Geology Club.

The talk, International Ocean Drilling, UW Oshkosh and Secrets of the Deep Revealed by Diatoms, will include an overview of ocean drilling and its major findings and advancements.

Coenen, who earned his master’s and doctoral degrees at Northern Illinois University, began work at UWO in September.

He will share information about UWO emeritus professor Brian McKnight’s previous work on international deep sea drilling projects in the Indian Ocean and along the western coast of Africa and how it connects to current efforts.

“My work and expedition greatly benefited from the foundational work of previous expeditions,” Coenen said. “Every iteration of ocean drilling produces new data, hypotheses and research questions that result in more robust interpretations.”

He will talk about his research focus on marine diatoms, or single-celled algae that produce frustules, which are studied to help reconstruct the history of ocean currents and ice sheets.

“The data I collect and observe in the sediments from ocean drilling and the previous subglacial material I looked at for my master’s degree work allows for better understanding of how past oceans operated,” he said.