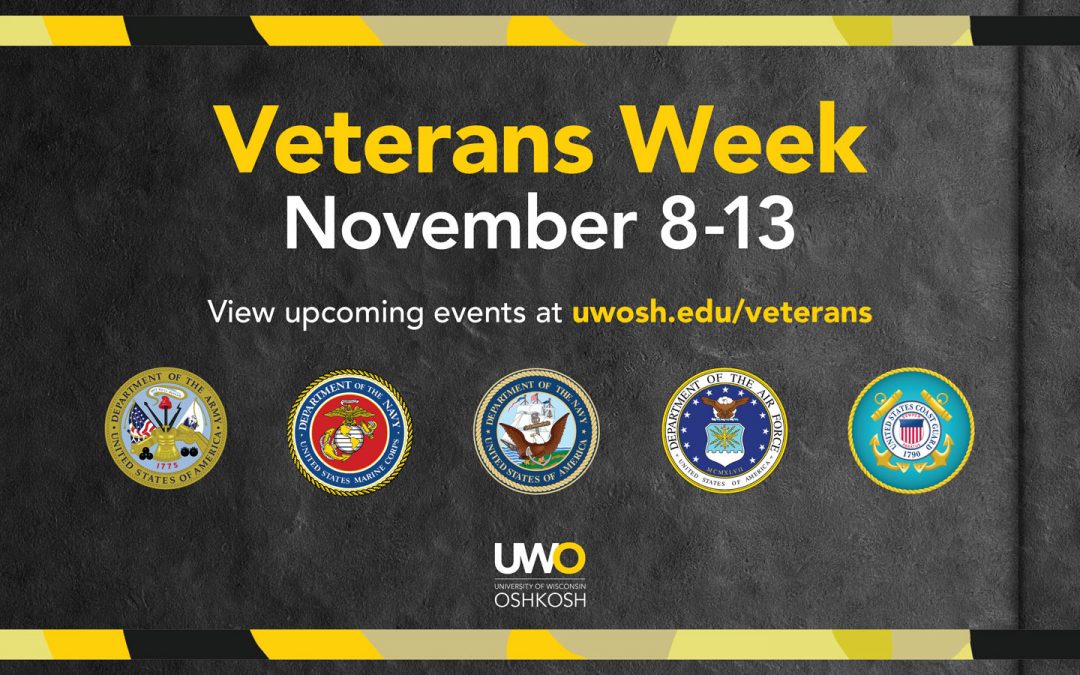 Veterans Week activities at the University of Wisconsin Oshkosh will feature an educational program that brings the history of the Vietnam War to life.

Vietnam Veterans of America Chapter 351 of Appleton will present Reflections of Vietnam from 2 to 5 p.m. Thursday, Nov. 11 (Veterans Day) in Reeve Memorial Union. The free event, which will be open to the public, will feature one of the largest collections of Vietnam War memorabilia and artifacts in the Midwest. Formal programs will be held at 3 p.m. and 4 p.m. with veterans sharing their personal stories of service. 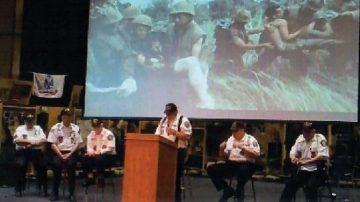 An educational program, Reflections of Vietnam, will take place from 2-5 p.m. Nov. 11 at Reeve Union.

“This isn’t a lecture or a history book―it’s personal experiences,” said Jerry Clusen of New London, a Navy veteran and active member of Chapter 351.

Clusen said in presentations at high school and college campuses, they’ll hear students say their grandparent was in Vietnam but doesn’t talk much about it. The veterans leading the Reflections exhibit and presentation served during the Vietnam era (1961-1975) and encourage students to talk to them and ask questions.

“If you think about before Vietnam, the Korean and World War II vets, a lot of them didn’t talk about it either,” Clusen said. “Not everyone made the choice to serve. The choice was made for them (through the draft). Vietnam was a controversial war, and they were not always welcomed home. Decades later, some are opening up.”

The “mobile museum” will fill up the Gail F. Steinhilber Art Gallery on the third floor of Reeve Union. Artifacts include weapons, military hardware and personal equipment from U.S., Viet Cong and North Vietnamese forces. The exhibit has been shown throughout Wisconsin over the past 20 years and is nationally recognized by the National Vietnam Veterans of America in Washington, D.C., as a model educational program. 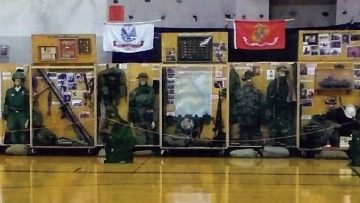 A display of artifacts from the Vietnam War will be displayed 2-5 p.m. Nov. 11 at Steinhilber Art Gallery in Reeve Union.

The two educational break-out sessions planned for 3 p.m. and 4 p.m. in Reeve 307, will feature veterans providing their personal stories. Veterans also will be available to explain the memorabilia and artifacts on display.

Aaron Kloss, coordinator of the Veterans Resource Center at UWO, said Veterans Week provides a great opportunity to learn, remember and honor veterans’ service. Many UWO students have grandparents who served in Vietnam and the Reflections event will offer insight into their service.

The UWO campus community will be invited to write an encouraging message and offer thanks for veterans that will be stuck on a display board in Reeve Union. A table will be set up in the Reeve concourse from 9 a.m. to 3:30 p.m. Monday-Friday the week of Nov. 8.

Tuesday, Nov. 9 will feature a discussion from noon to 1:30 p.m. in Room 302 of Reeve Union, as student veterans talk about their experiences.

“This will give the student veterans the opportunity to voice the impact UWO has had on them, and faculty and staff can ask questions in a comfortable setting,” Kloss said, noting there are 350-400 student veterans attending UWO. Nearly 600 individuals (includes veterans, dependents and spouses) receive educational benefits to attend UWO. 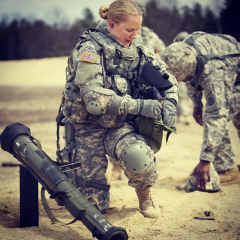 Veterans of the Game

Jessica Williams and Thomas Wolf will be honored as Veterans of the Game Nov. 13, when UW Oshkosh takes on UW-River Falls at 1 p.m., in the final home football game of the season at Titan Stadium. 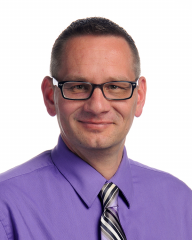 Williams served in the Army Reserve from 2011 to 2020 and has had more than 10 years of community engagement with veterans―some of which was helping service members with resumes, interviews and networking as they seek employment.

In her current role, Williams covers 36 counties working as apprenticeship navigator for the Wisconsin Department of Workforce Development. She plans to attend UWO in spring 2022 to begin a master’s of public administration degree program.

An alumnus of UWO, Wolf serves as director of University Books & More, the institutional bookstore on the Oshkosh campus. He was selected for his military service in the Marine Corps as well as his “constant support of the veteran community on campus with donations and bookstore support,” according to Kloss.

Wolf served in the Marine Corps from 1992 to 1998 in Marine Light Attack Helicopter Squadron 169, serving as an avionics technician and maintenance control supervisor.

In 2020, he took part in the VRC’s United We Stand campaign to bring awareness to mental health issues among veterans and has mentored vets that have sought his counsel. As director of the bookstore, he buys and sells product from veteran-owned businesses and sells merchandise that is specific to veterans and their supporters.