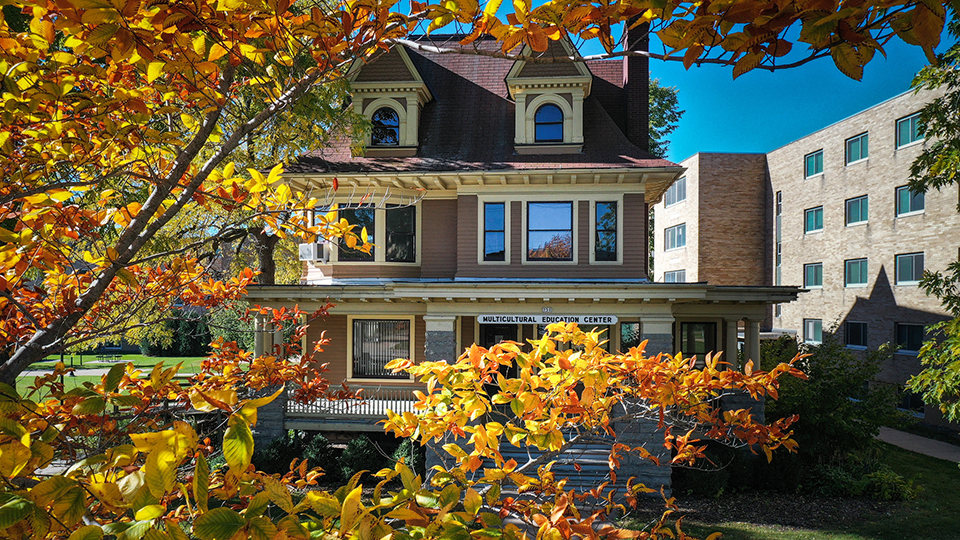 When it comes to understanding the potential of the Multicultural Education Center, Byron Adams gets it.

Now the director of Educational Support Services in the Division of Academic Support of Inclusive Excellence (ASIE), Adams two decades ago was an undergraduate student at the University of Wisconsin Oshkosh who frequented the place known simply as “the MEC.”

He’d study between classes or meet up with friends there. He’d attend events and academic programs. “Generally,” he said, he “used the space to hang out and be myself.” 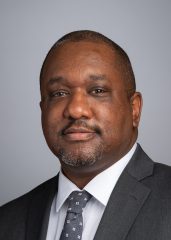 “The majority of the time you are the only Black person in your classroom, or you’re the only Hispanic/Latino person on your residence hall floor, or the only Hmong person in your friend group,” said Adams, who earned a bachelor’s degree from UW Oshkosh in 2002 and then a master’s in 2013. “Having a space on campus where you can interact with other students of color was comforting. During my undergrad, the MEC was that space.”

In the years since, societal changes and other factors left the historic three-story building at the center of the Oshkosh campus and all that goes on inside it in need of a little love and attention. Beginning this past summer and continuing into the fall, a series of changes and updates—with hopes of much more to come—has the ASIE team excited about the MEC’s present and future.

Carlos Salazar, the University’s director of intercultural engagement, is part of that group hoping the MEC can again play the role of a “home away from home” for students. It can be both a resource hub and a hangout, he said. A place to meet friends, a place to break bread, “a place to kick it.” Much like Adams once did. 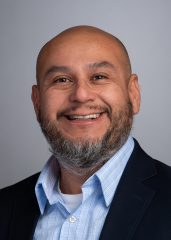 The ultimate goal, as Salazar explained it, is to see students flourish from that first nervous day on campus through their triumphant walk across the commencement stage. The ASIE staff knows what components make for a successful college career, and it includes a strong support system.

“We say to students that whatever happens, if you get lost, if you need help, you come see me,” Salazar said. “We know through data that one of the reasons people stick around is because they have found a support system, whether it’s a mentor, professor, administrator, or their friends or peers, that’s the glue that keeps them stuck here.

“This will be the building where they can come and meet those people.”

Damira Grady, associate vice chancellor for inclusive excellence and University diversity officer, is among the administrators championing improvements for the MEC in both the short- and long-term. She emphasized the importance of the building being open to all students.

“I want the MEC to be this physical representation of what multicultural is on our campus, but it can’t just be students with racialized or marginalized identities using that space,” Grady said. “I want other people to feel like they can come in that space and be educated and participate in the dialogue and the discourse of diversity.”

Heading into the new school year, Salazar had his title reworked from director of the Men of Color and Latino/a/Hispanic initiatives to the more straightforward director of intercultural engagement. He also relocated from the Campus Center for Equity and Diversity to the second floor of the MEC.

Whatever the title on his business card says, Salazar said his job can easily be defined as retention, with a focus on retention of two groups of UWO students: Latinos and men. Two programs he’s responsible for address these segments of the student population, both of which also have been recently retooled. 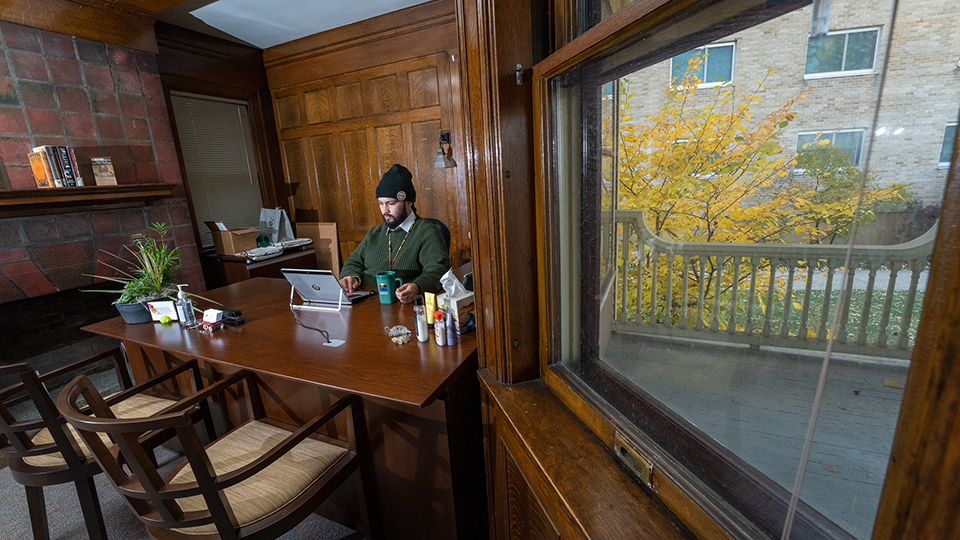 Adding to the team

Another new addition to the MEC is Nicholas Metoxen, who started in October as coordinator of Indigenous Student Support and Wellness. It’s a reworked version of a position of support for Indigenous students that had been vacant for more than a year.

While Metoxen is new to this role, his face isn’t new to campus—or the MEC. He’s a 2020 graduate of UWO who, during his college years, worked as an after-hours housekeeper at the MEC. 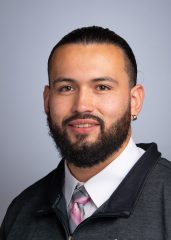 Before his return to UWO this fall, he worked in the Oneida Nation School System with Indigenous youth, supporting their journeys through middle and high school. He also worked with Oneida Adventures, guiding other Oneida community members through outdoor pursuits for both fun and therapeutic applications. A member of the Turtle Clan of the Oneida Nation, already having relationships with both Indigenous high school students in Oneida and former classmates in Oshkosh has eased the transition into the new role.

Part of the reimagining of the Indigenous support role included the addition of a wellness component. Metoxen said his definition of wellness in this context is the ability for a student to be able to express their culture without having to worry. Issues he’s focused on in the early going include smudging (burning of medicinal or sacred plants for purifying or cleansing purposes) and access of cultural foods. Metoxen said while growing up in Oneida, traditional Indigenous foods were easily accessible and some ingredients were sold at gas stations. But in Oshkosh, these foods could be an hour away.

An important goal Metoxen has is to get a full kitchen in the MEC and permission to prepare and serve food.

“I hope to someday have a kitchen and a food handler’s license and be able to serve corn soup for finals week,” he said, “to make sure they’re eating food their bodies are accustomed to eating and to make sure they’re getting the best shake of the dice and going in with the best mental state they can. That’s what I’d love to do.” 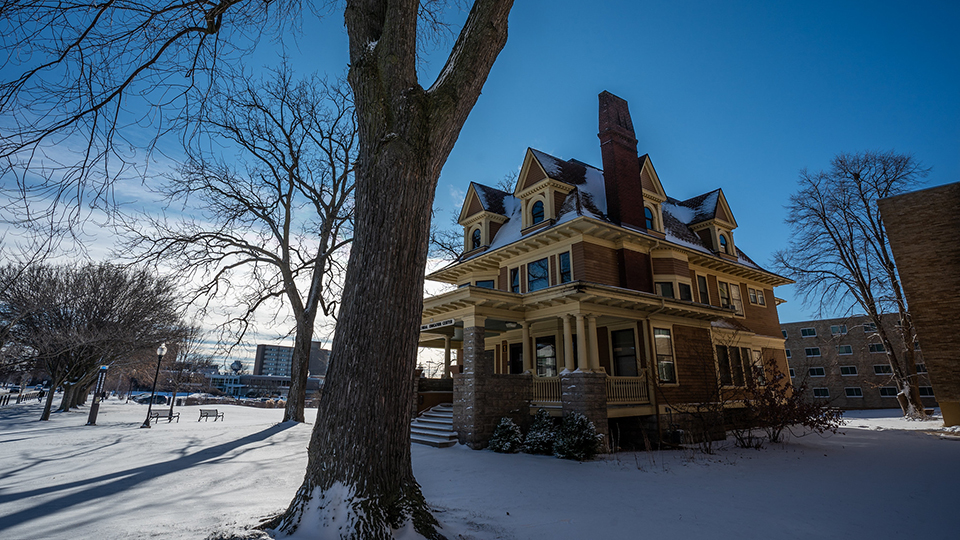 The hope is for the MEC to be a cozy place for students to hang out and find support on the Oshkosh campus.

The building at 751 Algoma Blvd. was built in 1898 and for decades was simply a private residence. In 1972 it became the Multicultural Center, giving a new home to a program created after a group of Black students demanded major changes at the University in the 1968 incident now known as Black Thursday. It later was renamed the Multicultural Education Center. 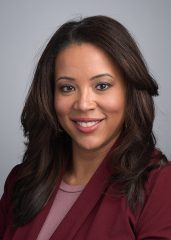 The now 123-year-old building was added to the National Register of Historic Place in 1985. With that designation, there are limits to what physical changes can be made. Still, while this fall the updates have been on a small scale—including the replacement of furniture, cleaning and organizing—there are larger projects on the docket in coming years.

“I was of the belief that we should make small changes now,” Grady said. “We can still work towards this longer goal of in two years we’ll have a new bathroom and we’ll have a new ramp and it’ll be prettier. But we can take something old and make it a more fun space.”

Salazar likened it to the famous line from Field of Dreams. Even if the 1989 Kevin Costner film might predate the majority of UWO students, he thinks the mystical refrain will ring true for the MEC: “If you build it, they will come.”