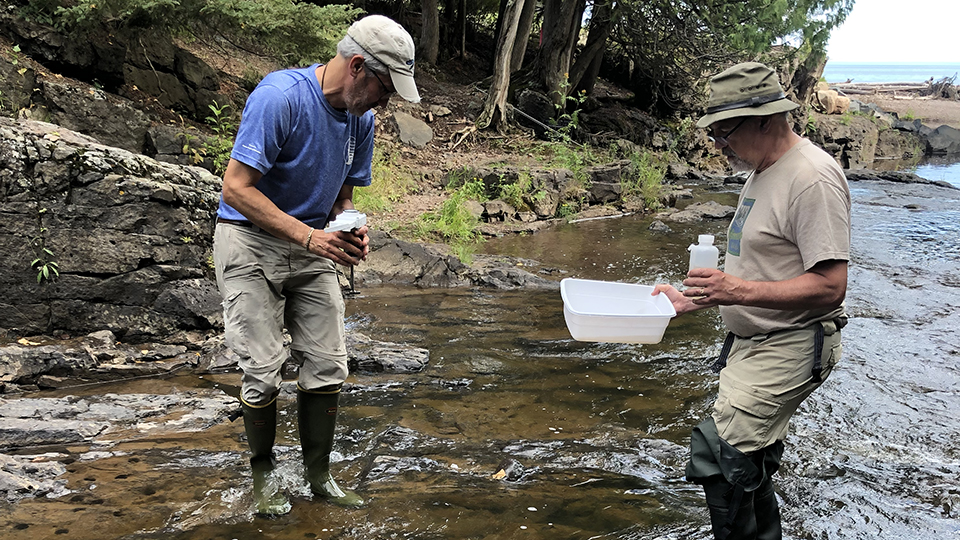 A biology professor at the University of Wisconsin Oshkosh is part of a team of researchers studying the aquatic phenomenon sometimes referred to as “rock snot.”

Robert Pillsbury, an aquatic ecologist, has spent several years monitoring algae in and around Minnesota’s north shore of Lake Superior. More specifically, he’s been keeping an eye on an invasive type of algae called Didymosphenia geminate.

Also known as Didymo or rock snot, Didymosphenia geminate has been labeled a “well-behaved” alga in Lake Superior for decades, but in 2018 the Minnesota Department of Natural Resources found it for the first time in a north shore stream in Lutsen, Minnesota.

In September, the team that includes Pillsbury, Heidi Rantala from the Minnesota DNR, and Mark Edlund, Adam Heathcote and David Burge from the Science Museum of Minnesota, checked out 22 rivers between Duluth and the Canadian border. Seven of the rivers contained Didymo.

“No one had reported them in these systems before, so it seems like Didymo is spreading into new habitats,” Pillsbury said.

Samples from each river were compared to samples from a nearby site on the Lake Superior shore. Since Didymo has begun to get up into these rivers, Pillsbury said they are trying to understand the relationship between the rivers and the lake population. At each site they measured things like flow, temperature and nutrients, and took algae samples. 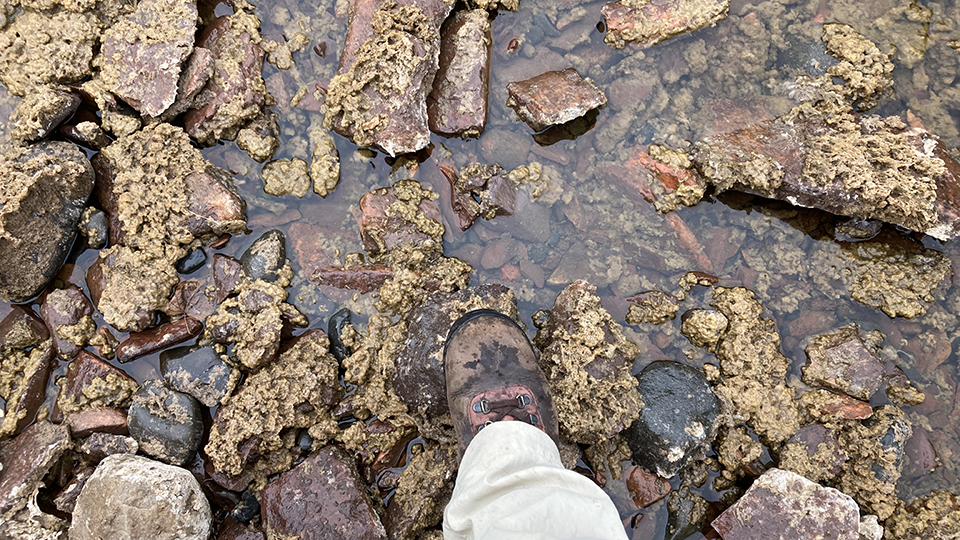 “We are also taking samples to look for bits of Didymo DNA, which is likely a much more sensitive approach to look for Didymo than trying to identify them under a microscope,” he said.

Pillsbury said this work is important because algae and bacteria are the base of the food chain in aquatic systems. If big changes start to occur in these communities, there could be ripple effects further up the chain.

“We are still in the collecting phase but soon we will start to look for patterns, which can help us develop ideas to try and explain these bloom events and how we might be able to predict or control future events,” he said.

The observations will continue over the next year. Using collections from around North America, DNA analysis will inform whether the nuisance populations in these Minnesota rivers are local strains affected by changing conditions or whether they are non-native and were introduced from other regions.

Until the origin of the new Didymo populations is understood, the research team encourages those who enter these streams to avoid river hopping in a day and to avoid use of felt-soled boots, as wet soles can harbor aquatic invasive species like Didymo for long periods of time.