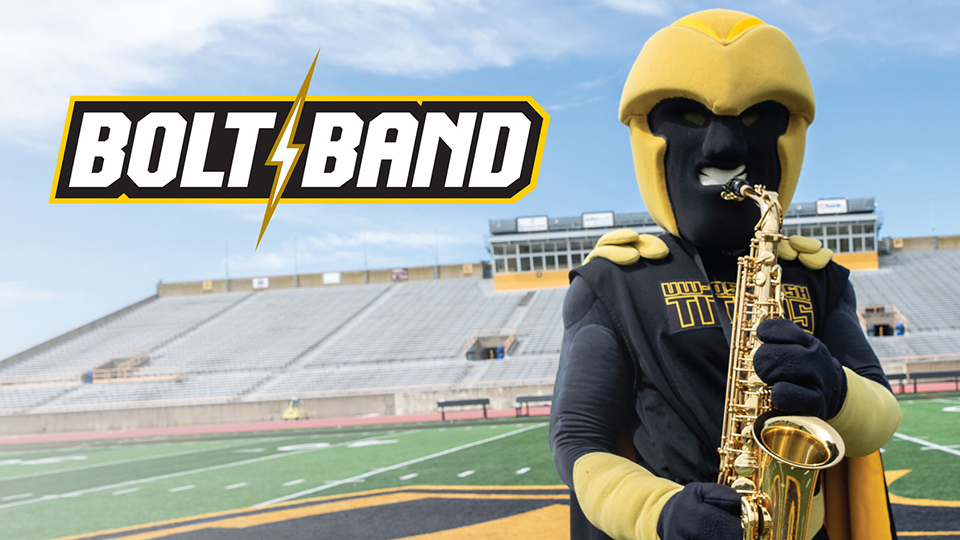 Game days at the University of Wisconsin Oshkosh will never be the same.

The Bolt Band, a new UW Oshkosh student pep band, will make its debut Jan. 5 at the Titans men’s basketball game at Kolf Sports Center on the Oshkosh campus.

The 7 p.m. game against UW-Whitewater also will be a Clash’s Kids Night, meaning free admission for anyone under age 18. 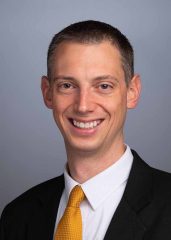 That same promotion continues for the women’s basketball game Jan. 8 at the Kolf. Tipoff is at 3 p.m. and the Bolt Band will again be on hand to support the Titans as they take on UW-River Falls.

The Bolt Band is under the direction of Joe Scheivert, who the University hired in the summer as athletic bands director. The pep band is the first of two new athletic bands Scheivert is launching at UWO in 2022. In the fall, the Titan Thunder Marching Band will make its debut at the first home football game of the season—and from then on will be an integral part of the Titan Stadium game day experience.

The Titan Thunder will be a 100-piece student marching band and include a color guard and other elements. Beyond home football games, the band will perform at campus and community events throughout the year.

Students playing in the pep band this winter with at least another semester to go at UWO will have the opportunity to play with the Titan Thunder in the fall. Enrollment for the Titan Thunder opens March 4 at uwosh.edu/marchingband. Current and prospective students also can fill out an interest form now to learn more about the opportunities ahead.

Along with the band itself, there’ll be another first at the clash between conference rivals: the band will premiere the new University fight song. Titled Go Mighty Titans, the song was written by UWO alumnus and accomplished composer David Gillingham ’69 and ’77 MST. Go Mighty Titans, too, will be a fixture at UWO football and basketball games and other events.

Bolt Band auditions were in late November. The group will continue to play at home men’s and women’s basketball games in January and February.

For more information on the new athletic bands at UWO, visit uwosh.edu/marchingband.