Peter Westort, who spent more than a decade as an accounting professor at the University of Wisconsin Oshkosh and retired in 2015, died Friday at his home in Oshkosh following a recent diagnosis of stage 4 pancreatic cancer. He was 74. 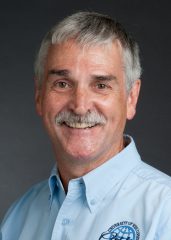 Westort began his work at UW Oshkosh in the accounting department in 2003 and was tenured in 2010. He served as department chair during the 2011-12 academic year. During his 12 years at UWO, he primarily taught tax courses. He also coordinated the Volunteer Income Tax Assistance program and organized tax return workshops for international students.

A strong advocate for global education, Westort led three study trips for students to Peru. He was awarded a Fulbright Professorship at Alexandria University in Egypt in 2011-12 and was a visiting professor in Peru after his retirement. In 2014 he earned an Edward M. Penson Faculty Award for significant contributions to the College of Business at the University.

In recent years, Westort was involved in the creation of the Oshkosh Food Co-op. He served on the board of directors and as treasurer.

He is survived by his wife, Mary Ann Offer, and their three children.

The family plans to hold a celebration of life in spring or early summer.