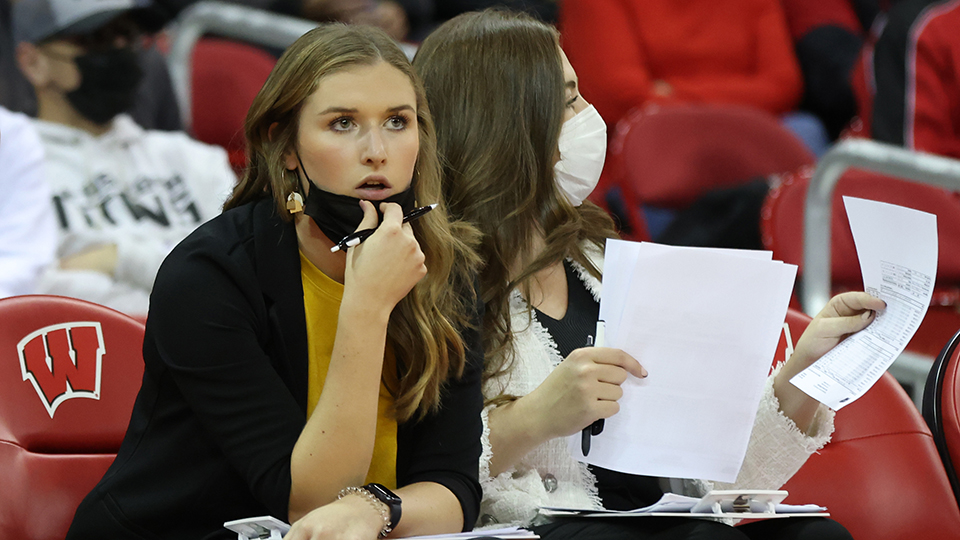 University of Wisconsin Oshkosh student assistant women’s basketball coach Mattea Peplinski ’21, has been invited to participate in the Women’s Basketball Coaches Association’s (WBCA) “So You Want to be a Coach” program.

The WBCA, in partnership with WeCOACH, will host the 61-member class for a two-day workshop on March 31 and April 1 during the WBCA Convention in Minneapolis.

“We are extremely proud of Mattea for earning her way into this year’s ‘So You Want to be a Coach’ class,” said UWO head women’s basketball coach Brad Fischer. “Mattea has shown the aptitude and basketball IQ since day one on campus that hinted towards a bright future in our profession. But this year, serving as an assistant coach on our staff, she has proven to have the work ethic and drive to have a long, successful career. I can’t wait to see where the future takes her; but she will always be a Titan in our eyes.” 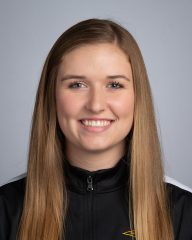 The “So” program increases the understanding and application of skills necessary to secure coaching positions in women’s basketball, increases the understanding and awareness of competencies necessary for success in coaching, introduces female basketball players to coaches and administrators and raises awareness of the existing talent pool of female basketball players who have a passion and interest in coaching the game of women’s basketball.

“So” participants will learn about the administrative side of coaching, recruiting, how to get hired, skill development, the importance of knowing the rules, and how to balance work and life.

Qualified candidates must have exhausted their final year of basketball eligibility at a four-year institution or have graduated within the past year and must be nominated by their WBCA-member head coach. Each participant is selected based on her academics, contributions to women’s basketball on and off the court, professional resume and a written recommendation from their head coach.

Peplinski, who is the lone Wisconsin Intercollegiate Athletic Conference participant in the program, graduated from UWO this past December with a bachelor’s degree in rehabilitation science. She’s now pursuing a master’s degree in clinical exercise physiology from UW-River Falls.

She’ll be the second Titan to take part in the 19-year-old program, with the other being current UWO assistant coach Madeline Staples in 2018.

Peplinski played basketball for UWO during the 2019, 2020 and 2021 seasons. She appeared in nine games for the Titans in 2019 before having her time on the court limited to just seven games the following two years due to injuries.

In addition to coaching at UWO, Peplinski has spent the past two years as the 15U and 17U girls basketball coach for the AAU Wisconsin Playmakers program.

“The WBCA has continued to make the ‘So’ program an elite experience for women basketball student-athletes aspiring to be coaches,” said Jan Whitbeck, senior director of events & branding for WeCOACH. “Our partnership with the ‘So’ program is critical in helping these young women have an entry point into the coaching profession. We congratulate the 2022 attendees and look forward to welcoming, developing and inspiring these future women coaches.”