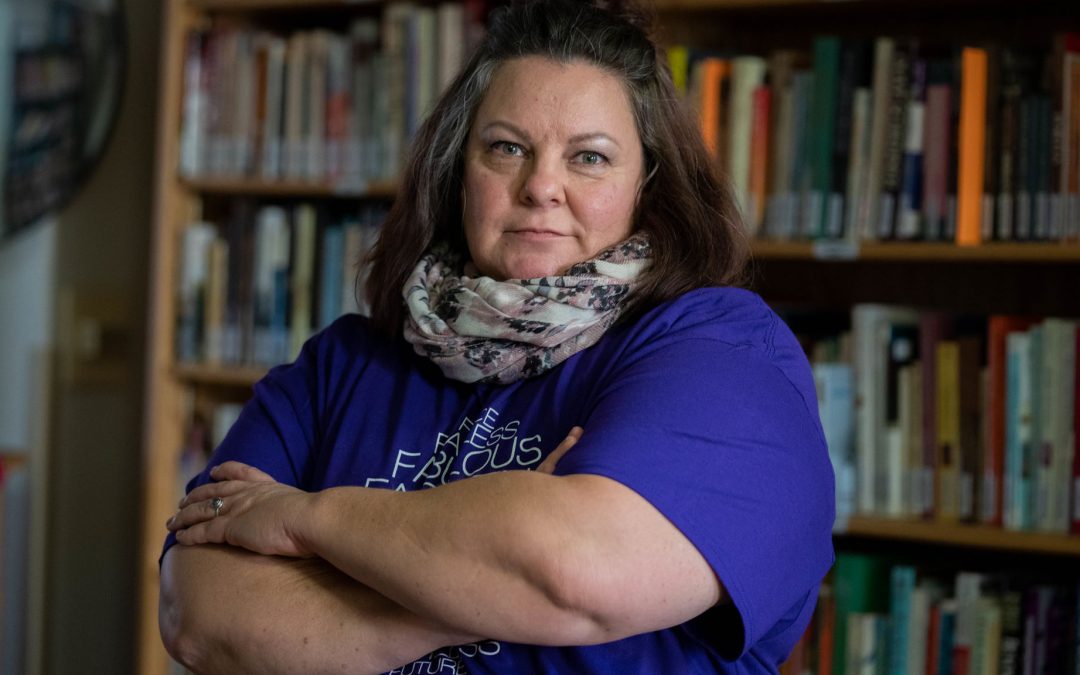 Beth Bouche’s college journey took some twists, turns and stops. Then, the single mother of four received a wake-up call when her younger brother passed away unexpectedly.

“After his death I had the realization on how short life is,” the Little Chute resident said, noting two previous unsuccessful attempts at college. “Getting my degree was a lifetime goal that I just knew I needed to accomplish. The stars aligned in 2017 and I started, once again, my college career.”

Bouche knew that to stay on track, she needed to stay in the area near the schools, family, friends and her job at the time as a hair stylist in Kaukauna. She enrolled at UWO Fox Cities allowing her the convenience of being close to home and paying lower tuition, all while offering her a variety of class choices.

“I had great professors; Dr. Tammy Ladwig changed my life with her Women’s Voices class, and started me down the road I am on today,” Bouche said. “Another influential class, titled, Sex, Power and Politics, taught by George Waller, sparked my passion for gender equity and social justice issues that continues today.”

Bouche finished her undergraduate degree at UWO and is now working on a master’s degree in public administration.

“After finally accomplishing my dream to graduate from college, I couldn’t have felt happier,” she said.

Not surprisingly, earning a bachelor’s degree laid the groundwork and desire for more education at UWO. 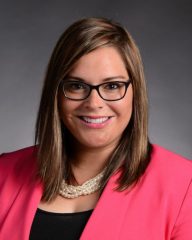 Leading and learning outside the classroom

“When Beth was an undergraduate student in the Online HSL program, she was tasked with securing a placement for her first internship,” said Alicia Johnson, director of the UWO Women’s Center, who explained that Bouche called the center. She said Bouche is a strong leader, role model and someone who is passionate about social justice and inclusivity.

During her undergraduate journey, Bouche had an internship as violence prevention educator at the Women’s Center and joined the Women’s Advocacy Council. She also joined Oshkosh Student Association (OSA) and served as the non-traditional and transfer student advocacy senator.

Now in a master’s program, Bouche’s service on campus continues.

She’s an OSA representative, serving as a graduate student academic senator. She is co-president of the Women’s Advocacy Council; has taken an internship with the Whitburn Center for Governance and Policy Research; and started a new job as student-parent support coordinator.

“This project (student-parent support) under the mentorship of Dr. Alicia Johnson at the Women’s Center, is in the research and planning phase,” Bouche said. “We are evaluating the needs and resources that better support this group of students so that they can complete their degrees.”

A survey will assess the needs of students who are pregnant, parenting or are guardians for children under 18 and focus groups will include different demographics including single mothers, students returning after an extended period not enrolled, first-generation students and structurally marginalized racial or ethnic groups.

Johnson said Bouche knows first-hand the challenges of being both a parent and a student, and more specifically a single parent of a child with additional caregiving needs. She’s had experience on the UWO Fox Cities campus as well as the Oshkosh campus.

The data collection and analysis will result in an action plan expected to increase the resolve of student-parents to graduation and may include revision of policies, supports and services and increased campus awareness.

“Beth’s life experiences allow her to connect with other parenting students and help them feel seen,” Johnson said. “Student-parents are often an overlooked student population and we are working to change that at UWO. Beth and I want all student-parents to know that they are not alone and that there is compassionate support available to help them.”

Bouche said her life has been enriched in many ways by the professors, staff and fellow students at UW Oshkosh and she is thankful for the support, opportunities and experiences she has had.

Outside of class, she enjoys gardening, collecting crystals, concocting herbal remedies and taking care of the earth through environmentalism and conservation.