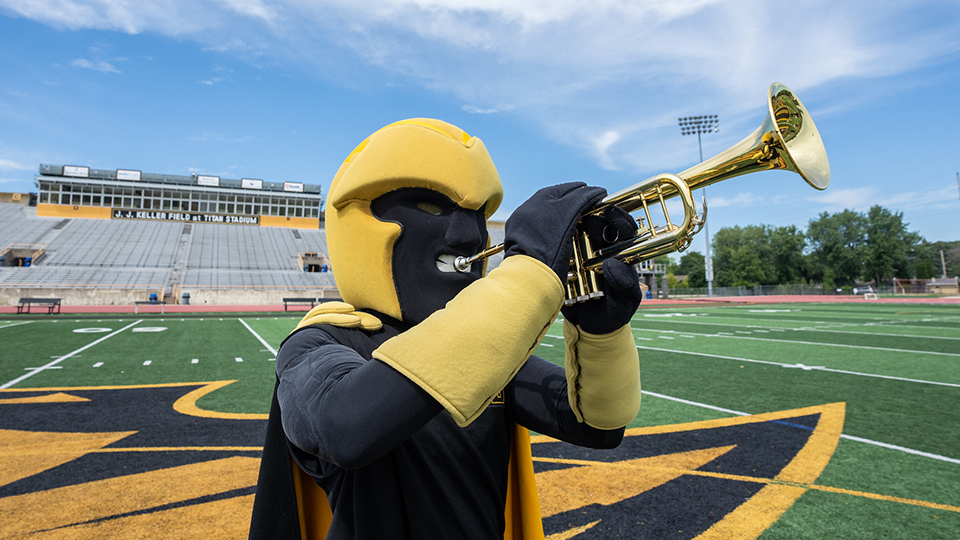 It’s another step forward for the University of Wisconsin Oshkosh and its new Titan Thunder Marching Band.

Feb. 1 marks the opening of the application period for the band’s leadership roles of drum major and section leaders. These roles are open to all students regardless of class standing. Those interested should apply at uwosh.edu/marchingband/apply.

An informational session on the application process for both the drum major and student section leaders will be held at 8 p.m. Feb. 15. Learn more at uwosh.edu/marchingband.

Looking ahead, the application for general participation in the marching band opens March 4.

The history-making debut of the 100-piece Titan Thunder is planned for the first home football game this fall.

The maximum number of section member positions are as follows:

Both current and prospective students are encouraged to fill out a marching band interest form. It’s the best way to connect with Joe Scheivert, director of athletic bands at UW Oshkosh, and get questions answered.

The other new band at UWO, the pep band called the Bolt Band, made its debut in early January. The Bolt Band continues to play at men’s and women’s home basketball games. Learn more about the Bolt Band here.